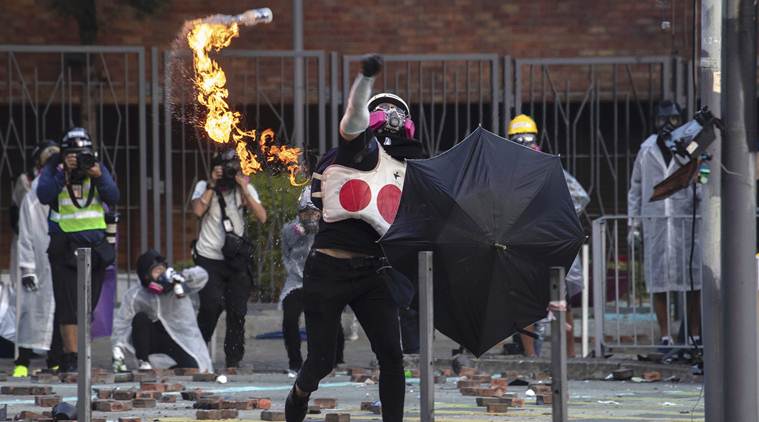 As the protesters gathered, police stopped and searched some and later told them to leave, saying they were violating coronavirus social-distancing rules. The police then used pepper spray while dispersing the crowd before cordoning off the atrium of the mall.

The protest was one of several small ones that went ahead on the May 1 Labor Day holiday despite rules that forbid public gatherings of more than four people.

Organizers initially planned citywide protests but many were canceled, with the organizers urging people to eat at pro-democracy restaurants instead to support them as business slumps because of coronavirus-related restrictions.

Friday’s protests were the latest in a string of demonstrations at shopping malls over the past week. They follow the arrest of 15 pro-democracy activists and former lawmakers last Saturday.

The demonstrations are a continuation of a movement that began last June to protest an extradition bill that would have allowed detainees in Hong Kong to be transferred to mainland China. Although the bill was later withdrawn, the demonstrations continued for months before a lull starting in January as the coronavirus pandemic broke out.

Can the UAE’s coup attempts in Libya and Yemen succeed?