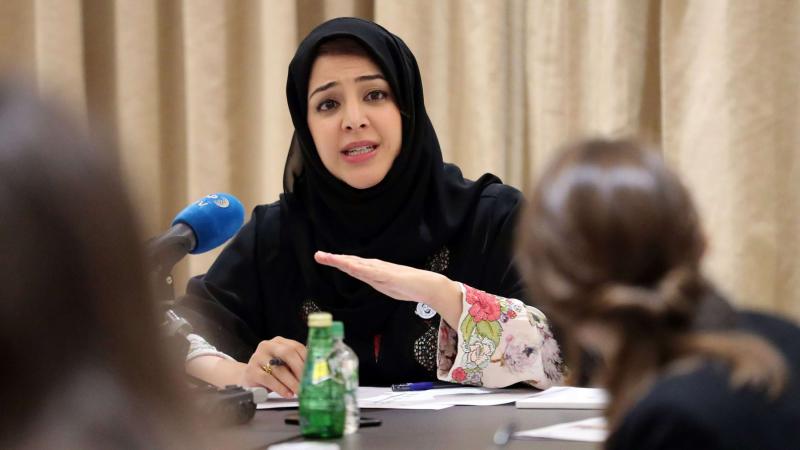 Gulf countries have joined the race alongside influential powers over the Horn of Africa.

The Horn of Africa was an arena for competition between great powers for the past two centuries. The present convergence on the region, however, is unprecedented in the number of players and fields of competition.

In the 19th century, rivalry between European countries over the Horn of Africa was fierce. With the turn of the 20th century, battles over the riches of the region were primarily between the US and the Soviet Union.

Today, competition over the African region is taking place between Arab, Middle Eastern and Asian countries, in addition to Europe and the US.

The race between countries includes the fields of the economy, natural resources, construction, military bases, arms, military training and long-term leases of sea and air ports.

Regional and international competition is reflected in the alliances of Horn of Africa countries with or against foreign countries in a way many observers believe threatens the fragile stability of the region.

Of the most prominent countries that entered the arena of late are the Gulf countries and their allies from Middle Eastern and Arab regimes. These countries’ prominence is primarily derived from their financial resources and heated regional contests within the Gulf Cooperation Council (GCC) and with their Iranian neighbour.

Standing at the forefront of the Gulf countries is the United Arab Emirates, which owns the largest Arab sovereign fund. According to the book The Gulf Moment in Contemporary Arab History, authored by Abdel-Khalek Abdallah, an Emirati professor of political science, the UAE’s sovereign fund crossed the $1 trillion mark.

The UAE’s position in the Horn of Africa is also boosted by its strong trade companies, such as DP World, in addition to a number of giant construction conglomerates. Moreover, the UAE has a well-trained and equipped army. The Arab emirate has maintained a leading position in the list of countries purchasing arms, according to the Stockholm International Peace Research Institute reports in recent years.

Abu Dhabi is present at a number of ports in the Horn of Africa and the Gulf of Aden, as it rented Assab Port in southern Eritrea, near the Bab Al-Mandab Strait, to utilise it in war efforts in favour of the Arab coalition against the Houthis in Yemen.

It was this strong UAE presence in Eritrea, in addition to Ethiopian Prime Minister Abiy Ahmed’s efforts to establish peace with his neighbour, that took Asmara out of its international isolation that last for nearly two decades.

Ethiopia had used Assab as its marine outlet for decades, before Eritrea achieved independence from Ethiopia in the early 1990s. Now Addis Ababa depends on the sea port of its closest ally, Djibouti.

To the south, in Somaliland, DP World leased Port of Berbera for 30 years with construction works worth $442 million, 51 per cent of which by DP World, 30 per cent by the Somaliland government and 19 per cent by a state-owned Ethiopian company.

Ethiopia aims to diversify the ports it depends on since it is the largest African country without a marine outlet.

The Somalian government in Mogadishu announced its objection to the contract since Somaliland is “a self-proclaimed state that no world country has recognised”.

Another autonomous state that has not gained international recognition is Puntland. The UAE-based P&O Ferries company, owned by DP World, farmed out Puntland’s Bosaso Port, a seaport Somalia built in the early 1980s to export its large production of livestock, particularly camels, to Gulf countries.

The UAE has mega projects on the Yemeni coast as well, in the ports of Mukalla, Mukha, Aden and Socotra Island. Just like its two ports in Somalia, the UAE’s ports in Yemen overlook the Gulf of Aden leading to Bab Al-Mandab Strait.

In his book, Abdallah writes that the UAE rented these ports to convert them into hubs of logistics and services for international marine transportation, especially that more than a quarter of world trade passed through the Gulf of Aden, the Red Sea and the Suez Canal.

Long ago, Britain used the Gulf of Aden Port in its former colony of South Yemen as a port for services, supply and maintenance of imperial ships coming from India and East Asia, passing through the Suez Canal, to reach Europe.

It looks like the UAE presence and activities in this region, coupled with Egyptian development of the Suez Canal to double the width of its waterway, increases the allure of this marine route in the eyes of Asia and Europe and increases the costs of any suggested alternatives, such as the railways between China and Germany, and the Russian route through the Arctic Ocean.

Qatar tried to prove its presence in the region, seeking to rent the Sudanese Suakin Port. The deal was brought up before the ouster of the Omar Al-Bashir regime and the transitional government that took over the reign of Sudan hasn’t decided on a course of action yet.

Turkey has also set its eyes on Suakin, considering it “a historic Ottoman port”, and expressing its desire to revive it culturally, commercially and militarily.

One of the largest ports on the Red Sea in the 19th century, Suakin’s golden age was when the army of Mohamed Ali Pasha, the ruler of Egypt, entered Sudan. Suakin became the country’s main seaport, the gateway to Africa south of the Sahara and to pilgrimage in Mecca. The port deteriorated drastically after Britain occupied Sudan and established the new Port Sudan.

The Qatar Ports Management Company announced it is going to build “the largest berth in the Red Sea” in Suakin at the value of $4 billion, including a free trade zone, and to provide it with a commercial fleet connecting Suakin with the opposite Saudi Jeddah Port to serve pilgrims and trade between Africa and the Gulf.

In this deal, Sudan owns 51 per cent of the project, with the Qatari company owning the rest.

In Somalia, Qatar is seeking to forge a contract to operate the port in Hobyo, 300 miles north of the capital. However, further details are not available.

In addition, Ankara agreed with Mogadishu to develop the Somali capital’s Madina Port with initial construction costs of $40 million. The deal states that Somalia owns 55 per cent of the project, and the rest is owned by the Turkish Al-Bayrak Company.

In September 2017, Turkey started building its largest military base outside its borders and outside the Turkish Republic of Northern Cyprus (which is not recognised the world over, except by Turkey) in Somalia to train the Somali army.

The base is four kilometres square and fits more than 1,500 training elements. Some 200 Turkish officers and soldiers are based there. Furthermore, Turkey provides Somalia with military equipment, focusing on marine armament.

After the Arab Quartet, made up of Egypt, Saudi Arabia, the UAE and Bahrain, severed ties with Qatar in June 2017, Doha agreed with Ankara to build a Turkish military base in Qatar — NATO’s first in the Arab world. Upon its completion, this military base is expected to host 5,000 soldiers.

In March 2018, the two countries agreed to establish a marine base in northern Qatar.

As for Saudi Arabia, the kingdom signed a deal with Djibouti to establish a base there but construction has not begun until now.

Djibouti had cancelled a contract with DP World, which was rumoured to be at Qatar’s instigation.

Riyadh, however, maintained close ties with Djibouti, which houses a French military base, the oldest in the country, the only US base in Africa, Japan and China’s first foreign base, and an Italian base. Talks are ongoing about establishing a Russian military base in Djibouti.

Djibouti’s location is strategic, lying on the Bab Al-Mandab Strait, where Egyptian and Saudi naval forces are centred since mid-2015, when the war against the Iran-backed Houthis began in Yemen.

The Horn of Africa received high-level Gulf visits and Saudi-UAE interest to settle the conflict between arch rivals Ethiopia and Eritrea. Ethiopian Prime Minister Ahmed and Eritrean President Isaias Afwerki signed a peace agreement in Riyadh under the sponsorship of Saudi King Salman Bin Abdul-Aziz in September 2018. The agreement was preceded by an Abu Dhabi summit between the two African leaders.

Despite Qatari and Turkish presence in Somalia, Riyadh didn’t break ties with its historical ally since the early presidency of Siad Barre.

Meanwhile, Horn of Africa countries sought to achieve the maximum benefit of Gulf competition over their lands. A tripartite summit between the leaders of Ethiopia, Somalia and Eritrea took place in late 2018, while Djibouti and Eritrea began resolving their border disputes, and Addis Ababa sought to settle the conflict between Somalia and Kenya.

Ibrahim Nasreddin, a professor of political science at the Institute of African Studies and the author of several publications on the Horn of Africa, believes that Gulf competition will benefit both sides. “On the one hand, the conditions of maritime services in several countries will improve, which would help upgrade coastal cities in the region. On the other hand, Gulf companies will benefit from construction contracts.

“The Gulf of Aden, the Red Sea and the Suez Canal will benefit the UAE, Egypt and the Horn of Africa, since they will be the primary route for international trade,” he added.

The fragility of the political situation in the Horn of Africa, which can “blow up at any given moment”, can damage either one of the two parties, nonetheless, warned Nasreddin.

“In addition, the Gulf disputes, unwitnessed before, may lead to new political skirmishes that may negatively affect investments in the Horn of Africa,” he stated.

Be that as it may, the Horn of Africa needs to cool down until general elections are held in Ethiopia towards the end of the year, particularly after the displacement of more than a million Ethiopians as a result of violent battles between the ethnic components of concerned countries.

Moreover, conflicts in Somalia are not over yet, and the UAE and Ethiopian investment in Somaliland are cause for more concern on the part of Mogadishu. Somalia, meanwhile, is siding with Qatar and Turkey, while Eritrea is a strong ally of the Arab Quartet. Because negotiations over the Grand Ethiopian Renaissance Dam haven’t reached a clear resolution, Abu Dhabi and Riyadh are showing reservations on unleashing investment in Addis Ababa.

As is, the current picture reveals obstacles to closer relations between Mogadishu, Addis Ababa and Asmara. Meanwhile, the trade dispute between Djibouti and the UAE is taking its toll on relations between the two regions, while the Saudi presence in Djibouti’s port is calming fears on both banks of the Red Sea.

Sudan, neighbouring the two regions, is seeking integration, but how and by what mechanism remains unclear.

The Horn of Africa is entangled in a web larger than a mere competition between Gulf countries. This web is growing in scale and complication by the day, once the race between superpowers over the region is factored in.

This article first appeared in Al-AhramOnline