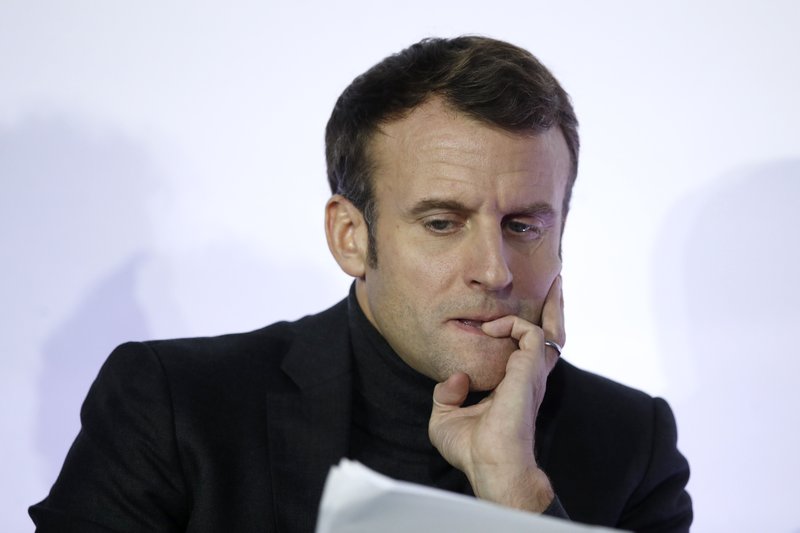 All political parties in Libya have changed their tune since the scales tipped in favor of the Government of National Accord (GNA). The current balance has come to be seen as a political gain that needs to be preserved, even by those who support warlord Khalifa Haftar.

But despite this “status quo”, it appears to be unacceptable to the entirety of Libya, because it does not genuinely promise to bring the Libyan people neither stability, nor independence nor territorial integrity. The efforts of the forces supporting Haftar to negotiate under current conditions, or their attempts to return to the Berlin Conference or the meetings of the 5+5 Military Committee in Geneva, do not seem to indicate a concrete desire for establishing peace, but rather an attempt to buy time.

Russian Foreign Minister Sergey Lavrov has accused the GNA in Libya of refusing to sign a ceasefire deal. However, Lavrov seems to have forgotten that while the GNA was at the negotiating table in Berlin and Geneva, Haftar and the countries endorsing him were continuing to mount their attacks on Tripoli, as they attempted to bring down the GNA; and at the time neither Russia nor anyone else denounced this or called for a ceasefire. But now in order for the ceasefire call to carry any kind of credibility or goodwill, Haftar must withdraw from the occupied territories, such as Sirte, after he abides by the ceasefire of course.

He will withdraw or be made to withdraw from Sirte in any case, except that it’s important for him to do so without further bloodshed, to do so without causing additional harm to the Libyan people; and it is in his interest not to add more files to his criminal dossier than he has already done.

Threats surrounding Egypt come from the east and south

We have said time and time again that it is important and necessary for those in Libya to justify to the Libyans and the entire world their presence there and what they aim to achieve.

For example, Egypt claims to be in Libya for the sake of its security. However, as prominent Egyptian political analyst Saif Al-Din Abdel Fattah noted, throughout history Libya has posed no threat whatsoever to Egypt. Indeed, the existing threat to Egypt has always originated from the east, and now there is a new danger from the south: the water crisis of the Nile.

The threat of Zionism from the east represents the greatest risk to the future of Egypt, but Cairo, under the leadership of Sisi, appears blind and deaf to this threat.

The same applies to the risk of drought in the Nile, which constitutes the life force of Egypt. Of course, the issue must be resolved peacefully with Ethiopia, and it cannot be resolved through war with either Ethiopia or Sudan. Perhaps this threat can be overcome if serious planning was made to find other water resources in Egypt.

However, Sisi has neither the vision nor the ability to eliminate this threat today. He is trying to save himself from his current dilemma, to rush to meet the demands that the United Arab Emirates (UAE) tasked him with. It’s such a shame that a great country like Egypt, with state traditions that go back millennia, is in its current state today.

Of course there is an aspect that concerns the Libyans as well: what does Egypt, which Sisi is leading and Libya’s next-door neighbor, want? What does it want from the Libyan people? What does it promise them? It cannot convince anyone that there is any threat coming from Libya. Libya is not in a position to threaten anyone now. On the contrary, there Egypt is threatening Libya, which is not hypothetical but a real threat.

Despite everything we said about Egypt, let us presume that Cairo is in Libya because the two share a border. But what business does France have there? What does it pledge to the Libyan people? How and to whom will France explain that it wants to re-establish the criminal colonial system it has implemented for centuries in North Africa?

All the parties participating in the recent talks on Libya at the United Nations are now aware that Turkey’s presence is part of its official agreement with the legitimate GNA, and therefore its presence is justified and is gaining merit. We find that those who used to be so vocal have gone silent, and only France has expressed its dismay with Turkish presence in Libya. But why?

The spokesman for the Turkish Justice and Development (AK) Party answered this question very well, saying, “Turkey has disturbed Macron because it did not allow him to turn Libya into Rwanda again.”

France is considered the cradle of the Enlightenment for the West, the so-called democracy, and the forbearer of contemporary values; yet now in Libya, it does not seem to stand for any of these values, except for its dark past and brutal history of colonization.

Today, when France is mentioned before the people of Libya, Tunisia, Algeria, Mali and all Africans, what springs to mind are barbaric massacres, brutal torture, racism and authoritarian colonial governments whose painful wounds are still fresh today.

Macron’s quest for Libya and his exasperation with Turkey does not render this past obsolete; on the contrary, with each gesture and every word, he brings to light France’s dark history.

However, he does not only keep that history fresh in our minds through his words and actions, but by literally repeating that past in Libya. His ally Haftar’s massacres and mass graves in Libya are quite reminiscent of that gruesome French history in Africa with all its gory detail.