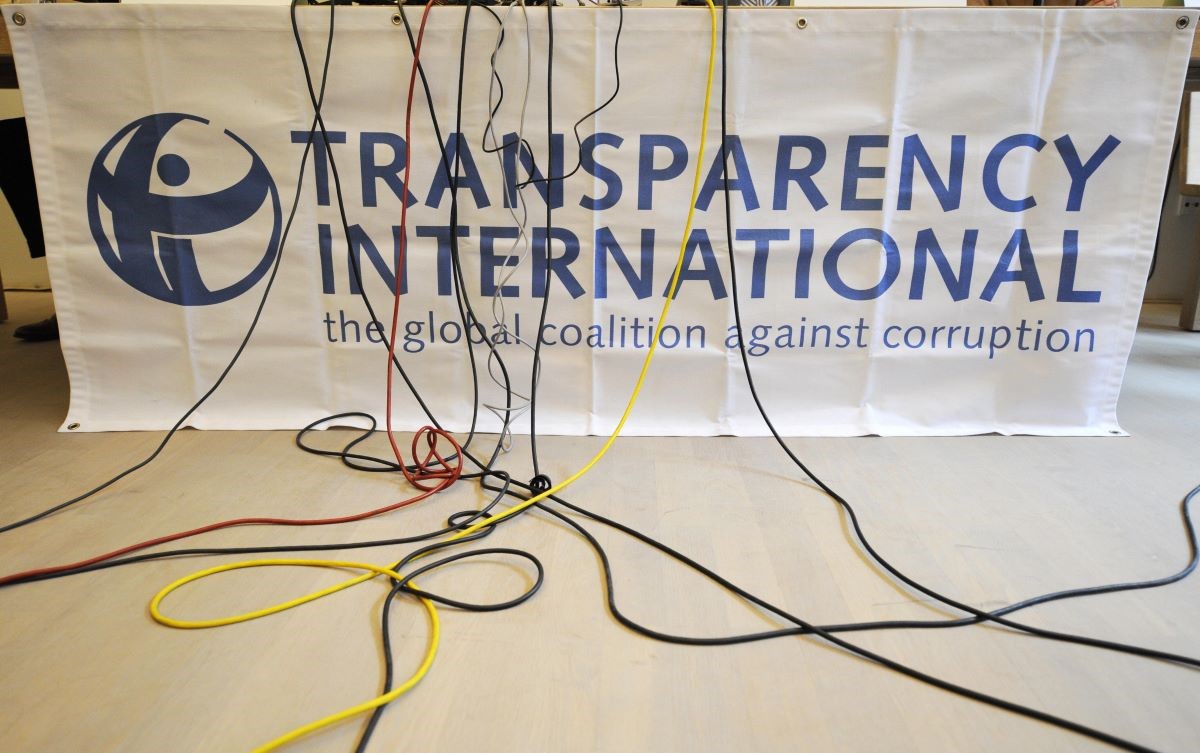 A logo of Transparency International (TI) during a press conference in Berlin on September 23, 2008 [JOHN MACDOUGALL/AFP via Gettyimages]

A report by the global watchdog group Transparency International has ranked Somalia, Syria, and Yemen as among the most corrupt states in the world in a list of 180 countries.

The annual Corruption Perceptions Index survey released by Transparency International, which measures perceived public-sector corruption and highlights the impact of corruption on government responses to COVID-19, revealed that the three countries with the lowest perceived corruption levels are Denmark, New Zealand, and Finland.

Meanwhile, Somalia and South Sudan fared the worst with scores of 12 to put them at 179th place, behind Syria with a score of 14, Yemen and Venezuela at 15, Sudan and Equatorial Guinea with 16, and Libya with 17.

Israel ranked 25th out of the 37-member countries of the Organisation for Economic Co-operation and Development (OECD), the report noted but ranked 35th globally.

Former judge Nili Arad, who chairs Transparency’s local chapter, said: “Israel’s low ranking in the corruption index is especially severe in 2020 when the coronavirus is raging on.” She pointed to the “lack of trust and lack of cooperation” from the public during the health and economic crisis.

According to the Times of Israel, the number of active cases of the virus have risen in recent days from below 70,000 earlier this week to 75,920 yesterday.

5 most corrupt countries in the MENA:

Arad said: “All this, while we witness the violation of the foundations of democracy, in circumstances where leaders are suspected of crimes, in an atmosphere of ongoing incitement against the gatekeepers of the judiciary, and the media who are forced to do their job faithfully in an evil atmosphere of extremism and sectarianism.”

Critics say the government has mishandled the crisis, lacking a clear long-term strategy and allowing politics to cloud its decisions.

Israeli authorities have also come under criticism from rights groups who have called on it to comply with its duties under international law and provide vaccines to the Palestinian population in the West Bank and Gaza Strip which are living under Israeli occupation.

Transparency International’s 2020 report concludes that “higher levels of corruption tend to be the worst perpetrators of rule-of-law breaches while managing the COVID-19 crisis” and other societal challenges.