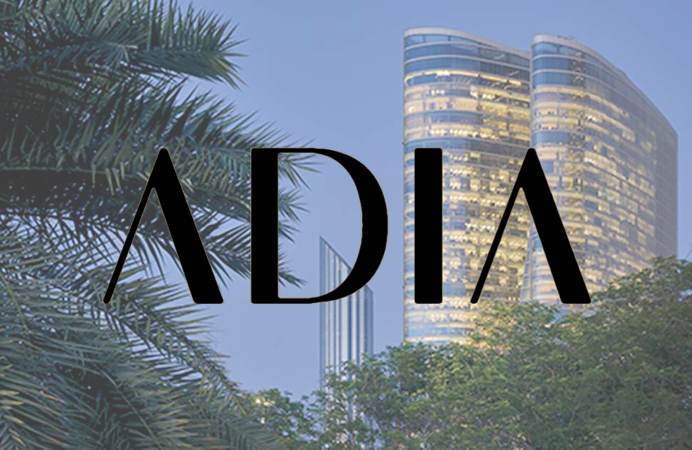 A former operations manager for the Abu Dhabi Investment Authority provides a rare look behind the curtain of Arab government-controlled sovereign wealth funds.

Abu Dhabi Investment Authority (ADIA) is the world’s third-largest sovereign wealth fund (SWF), with assets under management totaling $829 billion. It also claims to be a “globally-diversified investment institution that prudently invests funds on behalf of the Government of Abu Dhabi through a strategy focused on long-term value creation.”

Last year, despite the pandemic, ADIA outperformed its global peers by booking a 20.9 percent annual return, led by a “robust performance in capital markets,” according to Global SWF.

SWFs are state-owned investment vehicles that comprise an array of financial assets, including real estate, stocks, bonds, precious metals, and other financial instruments needed to achieve national objectives. But recently, they have raised concerns about financial stability, corporate governance, and political interference and protectionism, according to the Organization for Economic Co-operation and Development (OECD).

For example, the Saudi government-owned Public Investment Fund (PIF) has come under close public scrutiny in recent times – largely due to the protests it invoked in the United Kingdom last year in response to the fund’s 80 percent stake in the English Premier League football team Newcastle United.

By contrast, the wheeling and dealing of the UAE-controlled ADIA have generally flown under the radar. Emirati Crown Prince Mohammed bin Zayed (MbZ) uses ADIA as a tool to finance his foreign policy objectives, including – but not limited to – the war in Yemen, the blockade of Qatar, and support for Indian Prime Minister Narendra Modi.

When I spoke with Robert Jones (whose name has been changed), a former operations specialist at ADIA, he told me ADIA is not only an investment company but also a “political tool,” adding that “When ADIA invests money into your country, it’s investing money into your [foreign government], too.”

Jones was employed by ADIA for a number of years after being headhunted by the fund. It was his job to “ensure transactions on behalf of its portfolios [including the sale of securities and cash movements] were settled on time” and “went to the right places.”

“So, when proceeds of something went to the office of Mohammed bin Zayed, it was usually to pay for something that was going to be in the news shortly thereafter,” said Jones, who cited two notable instances this happened during his employment.

“Two weeks before Saudi-UAE announced their blockade of Qatar, ADIA liquidated well over $10 billion worth of cash, which came as a surprise to me,” Jones said, adding that he didn’t recall the exact number.  According to him, he and his team usually knew well in advance when a major asset liquidation was coming “because there’s quite a lot of preparation and administrative work involved.”

“Then the blockade is announced, and the UAE government starts to outline how they will financially support entities and individuals who stand to lose from it,” Jones said

In another example, Jones observed how Indian PM Narendra Modi’s 2019 visit to the UAE – during which he was awarded the Order of Zayed, the country’s highest civilian award – was “immediately followed up by a massive shift from ADIA to plowing money into Indian equities, real estate, and infrastructure.”

“I know because I used to settle many of these trades on the operational side of things,” Jones said.

Not long after Modi’s 2019 visit, Greenstone Equity Partners announced that ADIA was “eyeing investment in Indian-based real estate developers.” Shortly after that, ADIA announced it had invested $750 million in Indian digital services company Jio Platforms, and another $751 million in Indian retail giant Reliance Retail, a subsidiary of Reliance Industries.

That same year, ADIA managing director Hamed bin Zayed al-Nahyan – one of 17 surviving sons of the UAE’s founding father, the late Sheikh Zayed – said, “On a geographic basis, we continue to see China and India as key drivers of global growth in the years to come.”

Jones says the royal family has total control over ADIA. “Not even the heads of the investment departments would know why [transactions are being made], they would just be told by a royal family member to liquidate whatever they want,” he explained.

“I used to process liquidations of assets, which would then go to whichever UAE government department would need financing,” Jones said. “Every time cash would be routed to Prince Mohammed bin Zayed’s office, there would be an announcement a few days after that about something significant, a large weapons deal or unforeseen liquation of assets to support the blockade of Qatar.”

The story of ADIA is inseparable from MbZ and his emergence as the de-facto ruler of the UAE.

Ultimately, the story of ADIA is inseparable from MbZ and his emergence as the de-facto ruler of the UAE since Sheikh Khalifa suffered a stroke in 2014, with the Crown Prince using the SWF to advance a more muscular foreign policy to offset the United States’ diplomatic and military disengagement from the Middle East, otherwise known as its “pivot to Asia.”

The “evolution of the assets managed by ADIA clearly reflects this trend,” observes French diplomat Karam Shahrour in a paper titled, “The Evolution of Emirate Foreign Policy (1971-2020): the Unexpected Rise of a Small State With Boundless Ambitions.”

Shahrour says the UAE’s foreign policy could also shift because of the upward trend in international oil prices, which occurred at the start of this century, rising from $20 per barrel in 2002 to more than $100 for much of the past two decades. This produced a skyrocketing financial windfall for the UAE, providing it with financial instruments to cajole, coerce and even threaten adversaries and allies, alike.

Essentially, ADIA operates as a war chest for the Emirate government, allowing it to not only raise money quickly for kinetic military operations (hard power), but also to curry diplomatic and political favor (soft power) from its allies – including the United States – where the Emirati Lobby has reached eye-popping levels.

The UAE has emerged as one of the most powerful influencers over US foreign policy.

Last year, the Arabic language online magazine Sasapost published a report titled “Hajj (Pilgrimage) to Washington,” (الحج إلى واشنطن), revealing how the UAE has emerged as one of the most powerful influencers over US foreign policy. It has doled out more than $132 million since 2011 in disclosed payments for lobbying services to secure Emirati interests in Washington, DC — making it the largest spender among Middle East countries.

“The UAE has risen to fame in the Middle East,” the authors of the report observed. “It has relentlessly stood against Arab revolutions and the Arab Spring of 2011, placing it at the forefront of Arab kingdoms and states…[it] has not only led the ‘counter-revolution’ efforts within the region but has also moved the battle abroad to the world’s most important political capital – Washington.”

Ultimately, none of these dubious “achievements” would have been possible were it not for the access to the unregulated and untraceable liquid cash that SWFs, such as ADIA, provide the Emirati government.

Republished from Inside Arabia

Negotiating With Putin Is the Only Way Forward