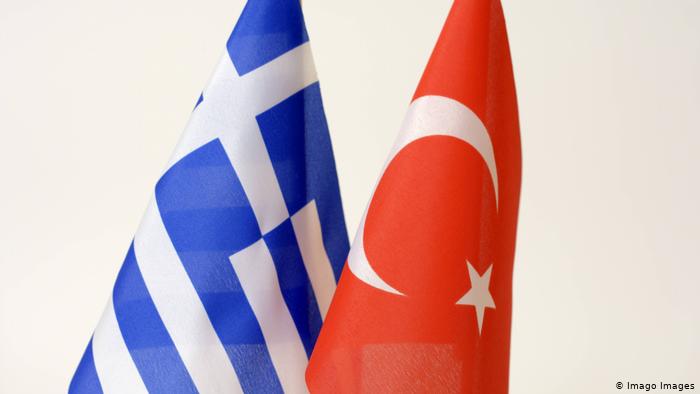 Greeks and Turks have much in common culturally, yet share a troubled past. Both sides would suffer if the conflict over gas reserves in the Mediterranean were to escalate further.

My grandmother used to live in the northern Greek city of Ioannina. She was a wonderful woman, who loved me dearly and enjoyed cooking for me. But whenever I wanted to head outside to play football instead of finishing my lunch, she would tell me to eat up — or else the Turks would kidnap me. Maybe this strange threat explains why I have been a bit overweight much my life.

It was years later when I understood the historical backstory to grandmother’s threat. The city of Ioannina had, until the early 20th century, belonged to the Ottoman Empire. It was only after the Balkan Wars in 1913 that the city became Greek. My grandmother had been a citizen — or rather subservient subject — of the Ottoman Empire.

With growing resentment towards this state of affairs, the Greeks staged an uprising against the Ottomans. Not only was the rebellion successful, but it also became part of the foundational myth of the modern Greek nation.

Most nations embellish how the country was founded until it stretches into myth. Yet foundational myths are just that: myths. They tend to downplay one’s wrongdoings while highlighting one’s achievements. The same can be said for the myth surrounding the foundation of the Turkish Republic in 1923, and the establishment of the German Empire in 1871. Not to mention the Swiss case, which incorporated folktale hero marksman William Tell into their foundational myth. Shared Ottoman history: The Fethiye Mosque in the city of Ioannina, which has been part of Greece since 1913

According to the Greek foundational myth, brave, outnumbered Greeks — supported by the Orthodox Church — faced down and defeated the Turks. While it is true that the Greeks won against the Turks and gained independence, they did have significant outside help. Without the defeat of the Ottoman–Egyptian fleet by the French, English and Russians in the 1827 Battle of Navarino, for example, independence would have been hard to attain.

Maybe this explains why Turkish lawmakers still to this today feel the West is being overprotective of Greece. Athens, meanwhile, regards Turkey as spoilt by the West in the sense that it keeps receiving NATO arms, sits by as Ankara backs the breakaway northern third of Cyprus, and tolerates fervent nationalists in government. On top of this, Turkey finds itself at loggerheads with NATO member Greece over gas reserves in the eastern Mediterranean. With military escort: The Turkish research vessel Oruc Reis on its way to the eastern Mediterranean

It is commonly claimed that while ordinary Greeks and Turks want to live together peacefully, politicians are the ones who continue stoking tensions. I am not sure this is entirely accurate. Still, I know that Greeks and Turks have much in common — be that music, cuisine, humor, or even a shared sense of Weltschmerz.

The widely praised film A Touch of Spice by Greek director Tassos Boulmetis details one particularly difficult chapter in Greek-Turkish history. It tells the fictional story of Fanis, a Greek man, who is forced out of the Turkish city of Istanbul in the 1960s in the lead up to the Cyprus crisis. In Athens, however, Fanis is rejected by his fellow countrymen, and labeled a Turk.

The film shows how international politics can turn the lives of ordinary individuals on their heads — while a silent majority looks on, saddened but without the impetus to speak up. A Touch of Spice was praised in Greece as a deeply emotional movie that leaves viewers with a sense of both yearning and sadness for the past. The Hagia Sophia in Istanbul, once an Orthodox church, is now a mosque

During the 1970s — when Greece was still governed by a military junta — many Greeks would sing a song about two friends, Yannis and Mehmet, who discuss philosophy over wine in Istanbul. In the song, Mehmet says that while he believes in Allah, and Yannis in a Christian god, both feel the same hurt. When Athens backs the military coup in Cyprus, which sees Turkey respond by invading the northern part of the island — Yannis and Mehmet have nothing more to say to each other.

Although both nations have much in common culturally, this has not been reflected in both countries’ recent history. Greek-Turkish relations should be governed by rational decision-making, so our mutual admiration can flourish. Yet another military conflict between both sides would be to of detriment to us all. Saber-rattling is not the answer

And let us be courageous. Even Former Greek Prime Minister Eleftherios Venizelos and former Turkish President Kemal Atatürk — two bitter enemies — managed to come together to discuss the possibility of a Turkish-Greek Confederation in the eastern Mediterranean.

While this idea has little chance of becoming reality due to Turkish fears of seeing its territory divided, it holds more promise than saber-rattling.

Working on peaceful co-existence requires skillful lawmakers, rather than fervent nationalist. Along with a well-informed Greek and Turkish citizenry willing to speak up.