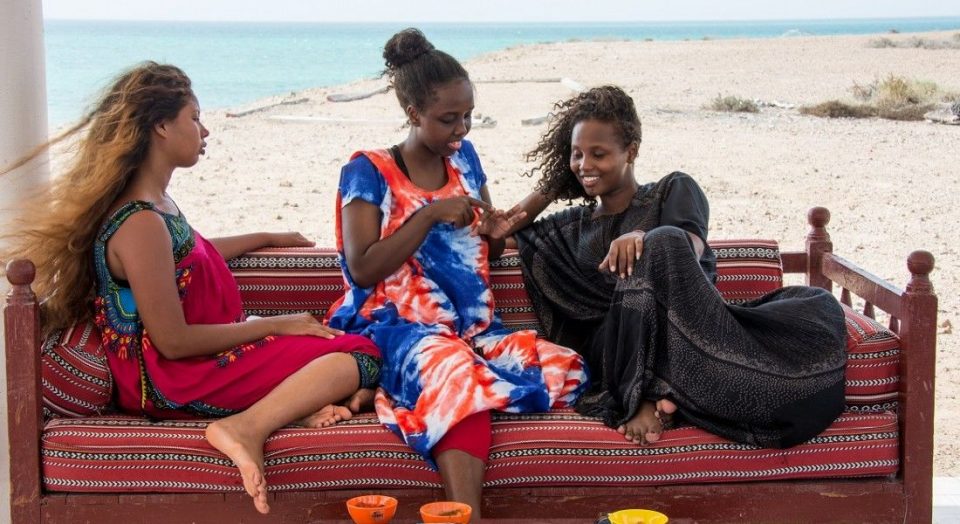 “Youth” is the first feature film from the Arab country and can be watched on the Supo Mungam Plus platform, with Portuguese subtitles.

São Paulo – The fiction feature “Youth,” from Djibouti, premiered this month in Brazil on the streaming platform Supo Mungam Plus, with subtitles in Portuguese. According to information on the platform’s website, it is the first feature produced by the Arab country. It is directed by filmmaker Lula Ali Ismaïl.

The film depicts the story of three girls, Asma, Hibo, and Deka. From different social classes, they are about to graduate from high school. The friends face the dilemma between staying in the country or going to college in France. Supo Mungam Plus describes the film as a unique and beautiful portrait of female youth in contemporary Djibouti.

In addition to being the country’s first feature, “Youth” is also Lula’s first of this length. The filmmaker was born in Djibouti in the 1970s and moved to Canada as a teenager. Before filming “Youth,” she directed a short film. According to information by Supo Mungam Plus, “Youth” is a 2019 joint production by the Arab country and France. The movie is categorized as a drama.