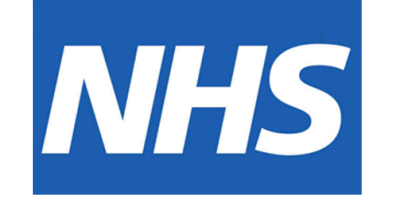 EXCLUSIVE: In the battle to save our beloved National Heath Service, we expose the dirty dozen and prove once and for all that the Conservatives do not believe in the NHS

Medical Staff from the NHS urge people not to vote Conservative

Links between the Tory party and the private healthcare industry are today laid bare.

A Mirror investigation has found a dozen connections between the party of government and those who seek to profit from our NHS.

They include Boris Johnson ’s former chief adviser Dominic Cummings, who previously worked for a healthcare firm which might benefit from a £250million fund announced by the Government.

This raises a question of a potential conflict of interest, as does a donation Health Secretary Matt Hancock received from the owner of a private NHS provider who has given £460,000 to the Tories and has been made a director of NHS Improvement.

Shadow Health Secretary Jon Ashworth said: “This damning evidence shows beyond a shadow of doubt that the Tories simply don’t believe in the NHS and its future as a public universal free service is at stake.

“The revolving door between the Tories and the private health industry stinks.”

Unison boss Dave Prentis said: “Patients and staff will be shocked to learn of the cosy relationship between senior Conservatives and some of the biggest players in the UK’s private healthcare market.

“The NHS needs a government that protects it, instead of one that puts profit ahead of patient care.”

Jeremy Corbyn yesterday wrote to the PM urging him to protect the NHS from US firms and demanded an end to NHS privatisation.

The letter was sent just hours before US President Donald Trump arrived for a three-day visit.

The Labour leader wrote: “The public need to know all aspects of our health service are genuinely off the table in any UK-US trade talks, and that no part of the NHS or health system will be up for sale.”

He added the “threat to the NHS from a future post-Brexit US-UK trade agreement, given the statements made by both US and British officials and politicians, is of profound concern to the public.”

“Your proposed trade deal with the US clearly threatens to drive up the cost at which our NHS buys drugs.”

Mr Corbyn called for trade talks with the US to be shelved until the President agrees to remove “any reference to pharmaceuticals” from a pact.

He also wrote to the US President demanding similar reassurances.

It comes after Labour uncovered official documents revealing the NHS is on the table in trade talks with the US. Experts warn the NHS could end up paying an extra £500million a week.

Boris Johnson’s chief strategist until recently had previously worked at artificial intelligence start-up firm Babylon Health, which is endorsed by Health Secretary Matt Hancock. In August, shortly after Mr Johnson entered No10, Downing Street and the Department of Health announced a new £250million fund to promote the use of AI in the NHS, which Babylon welcomed although funding has not been allocated. The Tories did not respond.

Ex-Health Secretary Lord Lansley is a director of his wife Sally’s public relations firm Low Associates, which reportedly represents pharmaceutical giants including P&G. The job was approved by the Advisory Committee on Business Appointments.

The Health Secretary received a £10,000 donation from Wol Kolade, the owner of Vanguard Healthcare, which provides mobile surgical theatres. Kolade, who has given £460,000 to the Tories and is a director of NHS Improvement, said the donation was “in a personal capacity”.

The former Health Minister earns £800 a day on top of his MP salary working for Remedium Partners, which specialises in recruiting overseas doctors to short-staffed NHS trusts. The job was approved by the Advisory Committee on Business Appointments.

The former Health Minister is on boards of robotic surgery firm Intuitive, urine test firm Healthy.io and Portland Communications, which has a string of healthcare clients. He said he followed advice from the Advisory Committee on Business Appointments.

Morgan sold his 33% stake for £13.6million earlier this year. Incisive did not respond

The Health Minister in charge of NHS innovation was recently on the board of Push Doctor, which offers video consultations to two million people “in partnership with the NHS”. It charges £30 for an online consultation. The Tories did not respond.

The Tory peer and his wife have given £425,000 to the Tories including £21,000 to the former Health Secretary Andrew Lansley in 2009. At the time, Lord Nash was chairman of Care UK, which has earned £1billion from the NHS. He was not available for comment.Farage suffers stinging putdown

The dermatology supplier to the NHS has given the Tories £20,000 in donations since 2016. It did not respond.

The private health boss whose companies have earned millions from the NHS has donated £325,000 to the Tories. His company Genix Healthcare won a £7.3million NHS contract to provide dental services and training. Genix did not respond to us.

The Tory MP works four days a year as a non-executive director of pharmaceutical firm PepTcell. For each day he works as a “strategic consultant”, he receives £5,000 in share options in the company. Mr Jayawardena did not respond to a request for comment.

The former minister boosts his MP salary by working one day a month for pharmaceutical firm Infinite Percent. He gets paid £12,000 a year for it. He did not respond to a request for comment.