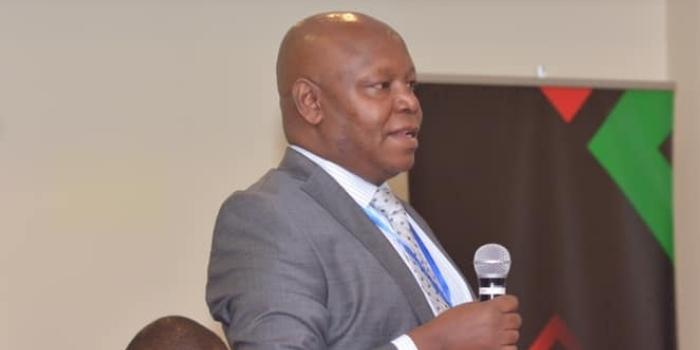 THE HAGUE, Netherlands — A Kenyan lawyer appeared before the International Criminal Court as a defendant on Friday and denied allegations that he corruptly influenced prosecution witnesses in investigations into deadly violence that erupted after his country’s 2007 elections.

Paul Gicheru appeared via video link before a pretrial judge for the first time since being taken into custody this week after surrendering to Dutch authorities.

A judge who signed off on their arrest warrant in 2015 said there were reasonable grounds to believe that Gicheru was a manager and coordinator of a scheme to offer bribes and other inducements to prosecution witnesses in return for them withdrawing their statements.

But appearing via a video link from the court’s detention center because of coronavirus restrictions, Gicheru told a pretrial judge that “the allegations read out to me are not true. They are false.”

“The ICC’s now-vacated crimes against humanity case against Deputy President William Ruto was marked by allegations of witness interference,” Evenson said in a written statement. “Following his surrender, the unfolding case against Paul Gicheru could provide a much-needed window into responsibility for any interference with the search for truth in Kenya’s post-election violence.”

Copyright 2020 The Associated Press. All rights reserved. This material may not be published, broadcast, rewritten or redistributed without permission.