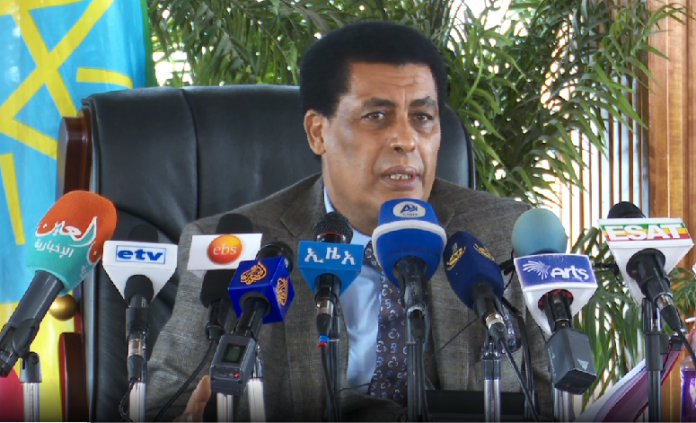 ADDIS ABABA – Ethiopia –US ties will not be marred by currently unfounded rumors that are being circulated on various news outlets regarding US’ role in GERD talks, Ministry of Foreign Affairs (MoFA) said.

In his exclusive interview with The Ethiopian Herald, he reiterated that as both nations have longstanding historic relations, Ethiopia does not subscribe to any untrusted rumors that have tendencies to impede its growing relations with the United States.

“We do not believe that rumors stating that the United States is acting in favor of Egypt in the course of the negotiation on GERD,” he said adding, “We appreciate the commitment of friendly nations, including the United States, to bring the riparian countries together for discussion.”

He added that the United States has a growing strategic partnership with Ethiopia. “We have been doing a lot of constructive things across the Horn. For instance, we created an alliance in fighting terrorism in the region and beyond. And we scored significant achievements in this regard. We continue nurturing the partnership we have been enjoying for years regardless of the rumors some media outlets disseminated.”

He reiterated that there is nothing wrong with the decision of inviting the United States to lead the negotiation, “We have now brought the case to the African Union. This is a signal of confidence for strengthening African leadership that would seek African solutions for African problems.”

He also believed that the United States would appreciate Ethiopia’s commitment to addressing the concerns of the riparian countries. “From the outset, Ethiopia initiated the formation of the International Panel Experts that evaluate any possible consequence on the downstream nations as a result of the construction of the Dam.” In doing this, Ethiopia has increased the confidence of the riparian countries, he said.