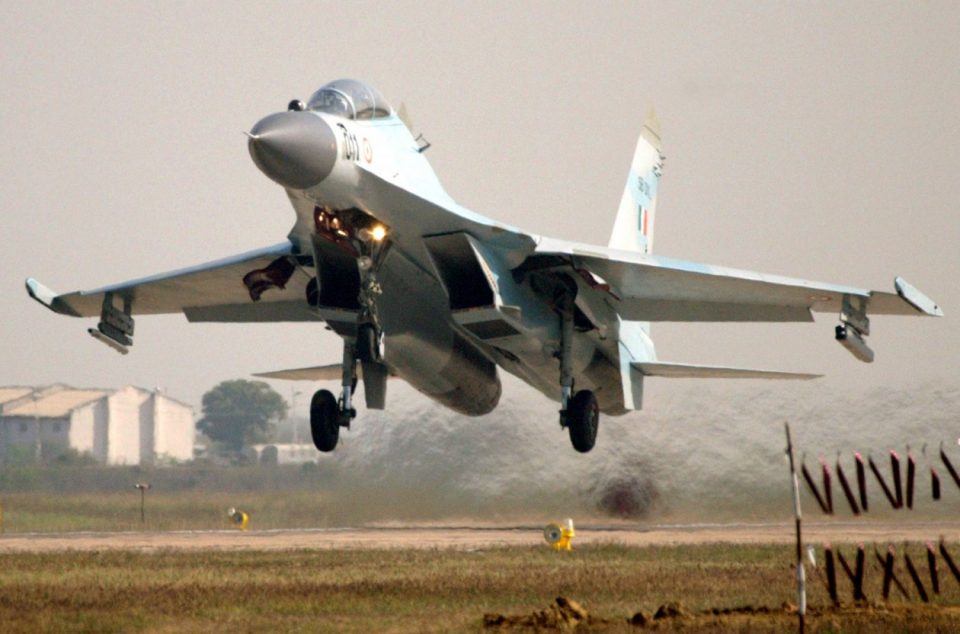 The alignment of the United States’ South and East Asia security strategies is the key to making its Free and Open Indo-Pacific Strategy a success.

High in the Himalayas, China and India’s recent clash at their disputed border in the Galwan Valley has exposed a down-to-earth fact: America’s South Asia policy has failed. With at least twenty Indian soldiers dead and an unconfirmed number of Chinese casualties—the first fatalities between the two sides since 1975—America’s policy of limiting the help it provides India has undermined New Delhi’s ability to deter Beijing.

Finding its retaliatory options constrained by its yawning gap of power with China, India can now dispense with any previous dreams its leaders may have had of “Chindia” uniting China and India in common cause to construct a twenty-first-century Asian order. Indian prime minister Narendra Modi’s government now strongly entertains doubling down on a strategic partnership with the United States to counter Chinese dominance in the Indo-Pacific region. The time is now for Washington to prioritize the partnership.

When China and India fought a border war in 1962, the seesaw of power was essentially balanced, but today weighs in Beijing’s favor. In 2020, the Chinese economy is five times the size of India’s, its military expenditures represent three times that of India. Also, the Lowy Institute in its “Asia Power Index” ranks China’s overall power as second in the continent with a score of 75.9, versus India at fourth with a score of 41.0. It should be a profound wake up call to New Delhi and Washington that the Chinese Communist Party mouthpiece Global Times can more or less accurately and confidently editorialize, “that the Indian troops can defeat the People’s Liberation Army (PLA) is utter fantasy.”

What led to the great divergence between China and India? The story, of course, begins and ends with the decisions of Chinese and Indian policymakers, but is punctuated by a misguided U.S. strategy in South Asia. Following the September 11 terrorist attacks, Washington pursued a Sisyphean War on Terror in South Asia. The War in Afghanistan has represented a catastrophic waste of American blood and treasure that should have begun and ended with neutralizing Al Qaeda and other terrorist groups but persisted as a fruitless nation-building exercise.

The dramatic increase in U.S. aid to Pakistan, designed to curb Pakistan-sourced terrorism in Afghanistan, epically backfired. From 2002 to 2017, Washington gave Islamabad $33 billion, only to see it fund corruption and harbor, train, and sponsor the very same terrorists killing American soldiers and South Asian civilians. Indeed, the futility of the partnership was laid bare by the discovery of Osama bin Laden living in a compound in close proximity to Pakistan’s version of West Point—the Pakistan Military Academy in Abbottabad—culminating in an Obama administration-led covert operation to kill bin Laden and recover his materials without informing a single member of the Pakistani government. It is dumbfounding why this moment was not the proverbial last straw in the U.S.-Pakistan relationship, the explosive incident that should have jolted Washington to wind down its aid to Islamabad much sooner than it did when the Trump administration finally made dramatic cuts in 2018.

Most crucially, the United States, unfortunately, and ironically, decided to implement the same strategic doctrine toward South Asia espoused by China. In thinking about the world’s largest democracy, one would assume that Americans and the Chinese would pursue policies toward India with diametrically opposed aims, yet one has observed remarkable alignment, albeit uncoordinated, on promoting a regional balance between Indian and Pakistani power.

The logic has gone as follows: India is a regional power, not a global one, and thus must be treated as such. Balance of power politics requires that India be integrated into a roughly even distribution of power in South Asia with its only peer competitor, Pakistan. Therefore, the strategic doctrine of both the United States and China has been to maintain power parity between New Delhi and Islamabad, not least because of their respective nuclear weapons capabilities.

Thus America and China’s consistent efforts to foster friendly relations with both India and Pakistan were based upon the aim to prevent a regional nuclear or conventional war and to stunt the growth of a South Asian hegemon capable of disrupting the global balance of power. As then-Secretary of State Condoleezza Rice characterized U.S. relations with India and Pakistan in 2005, “we believe these two relationships can develop on independent tracks, that we are not somehow destabilizing the balance of power by having good defense relations with each of them.”

Today, it should have become obvious that this policy has run afoul of American interests, all the while surging in value to Chinese interests. Why would the United States keep propping up Pakistan, the South Asian crown jewel in China’s Belt and Road Initiative, just as colonial India was to the British Empire? As the China-Pakistan Economic Corridor takes greater shape strategically as expressed in examples such as Chinese operation of Pakistan’s Gwadar Port, it is baffling how many tens of billions of dollars in U.S. aid to Pakistan have in effect empowered the principal piece of China’s neo-imperial project.

This mistake has been the profound paradox of American grand strategy in the Indo-Pacific region, and New Delhi agrees. Whereas many U.S. policymakers blame India’s non-aligned history as the key obstacle to a strong U.S.-India strategic partnership, the primary impediment turns out not to be a historical straightjacket, but rather the fury with which Indians have regarded sustained American aid to Pakistan—the country that regularly sponsors terror attacks on the Indian homeland. As a revealing Brookings Institution survey of India’s strategic community found, when asked, “which is the biggest obstacle to better relations with the United States,” the leading answer was “U.S. relations with Pakistan.”

In an American unipolar world, it may have made sense theoretically to pursue a balance of power between two poor, nuclear powers vying for influence in their neighborhood, as part of a broader effort to block regional hegemons from challenging U.S. preeminence across the globe. Indeed, American arms exports since the end of the Cold War bears out the choice of this approach. From 1991 to 2019, total U.S. arms exports to India and Pakistan were roughly equal in dollar terms, with $3.97 billion going to India, and $3.85 billion to Pakistan.

But now that China has risen to become America’s chief rival, and now that India has risen as a great power capable of shaping a balance of power not just in South Asia, but in the Indo-Pacific as a whole, it stands to reason to promote Indian hegemony in South Asia. Otherwise, Washington will unintentionally but meaningfully fuel the Pakistani kryptonite to India’s potential superpower status.

One immediate solution to remedy the paradox of American grand strategy in the Indo-Pacific region rests at the bureaucratic level. Owing to historical legacies, the structure of the U.S. government has traditionally siloed personnel working on East Asia from those working on South Asia. In the State Department, China policy falls within the Bureau of East Asian and Pacific Affairs, while India policy falls within the Bureau of South and Central Asian Affairs.

The Defense Department, on the other hand, has better streamlined its bureaucracy dealing with the region, with the Assistant Secretary of Defense for Indo-Pacific Security Affairs driving policy toward all players in the region, including China and India. Former Secretary of Defense James Mattis made headlines in 2018 by renaming the U.S. Pacific Command to U.S. Indo-Pacific Command “in recognition of the increasing connectivity of the Indian and Pacific Oceans.” The U.S. government as a whole would do well to follow the Defense Department’s lead in modernizing its defense and diplomacy architecture to more comprehensively coordinate strategy toward China and India in an Indo-Pacific framework. Specifically, the State Department should consider creating a “Bureau of Indo-Pacific Affairs.”

Rethinking its rebalance toward Asia requires Washington to ditch and challenge China’s divide-and-conquer policy in South Asia in favor of finessing an emerging Indo-Pacific strategic triangle between itself, Beijing, and New Delhi. It must reorganize U.S. foreign policy to better embrace Indian power, more meaningfully help to grow Indian military capabilities to deter Chinese aggression and halt strategic support to China-partnered Pakistan. The alignment of the United States’ South and East Asia security strategies is the key to making its Free and Open Indo-Pacific Strategy a success.