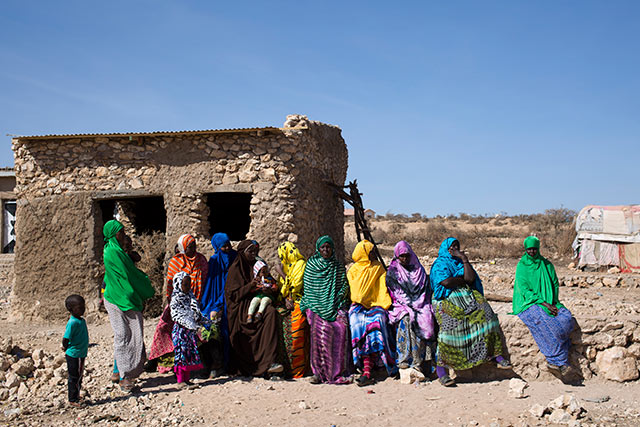 Over 2,000 more internally displaced people have arrived in the Somali capital Mogadishu in the last two days fleeing from the deadly drought battering the Horn of Africa country, the UN humanitarian cooperation agency said Wednesday.

In a statement on Twitter, the Office for the Coordination of Humanitarian Affairs (OCHA) Somalia said: “Over 2K new internally displaced people arrived in Banadir, Somalia, in last 2 days, a total of 20K in past weeks. These people lost livestock & other means of livelihood due to drought. More movement is expected.”

These displaced people urgently need water, latrines, food, shelter, and nutrition services, according to the OCHA.

Speaking to Anadolu Agency, Hirey Ahmed Roble, the secretary-general of Banadir regional administration, in which Mogadishu is located, said the current humanitarian crisis is beyond the capacity of the administration.

The administration has transferred over $20 million meant for development to deal with the current humanitarian situation and also donated money to local provincial capitals, including Baidoa, Baledwayne, and Garowe.

Somalia is currently facing one of the worst droughts in decades, according to humanitarian organizations in the country.

The Somali government has already declared the situation “a state of humanitarian emergency,” urging the international community to double its efforts to help people in need.