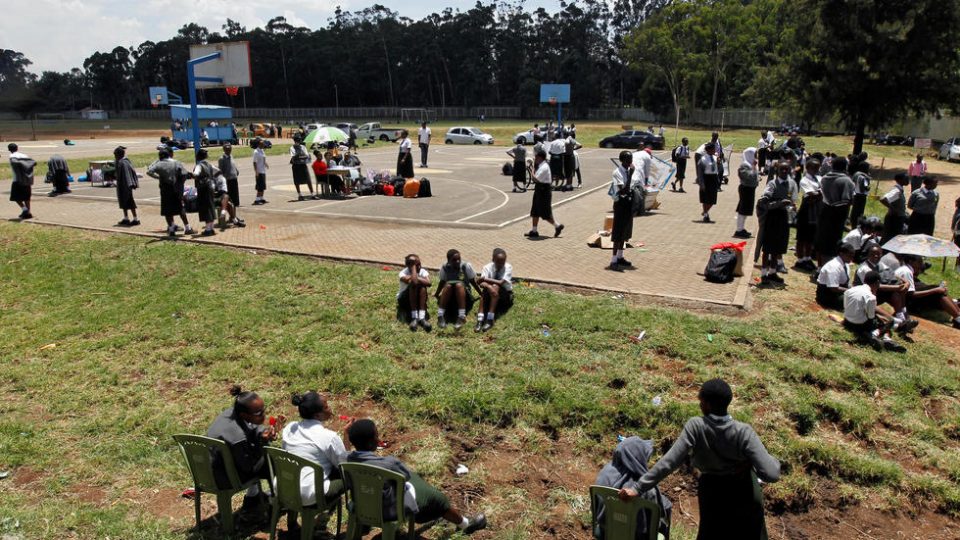 On Monday, the World Health Organization (WHO) confirmed there were at least 327 cases of coronavirus in Africa.

Kenya which confirmed its first case of COVID-19, the medical term for the disease, on Friday is reporting an increase with the Ministry of Health on Tuesday confirming the fourth coronavirus case in the country after a patient with a travel history to London tested positive.

“Today we have received confirmation of another case of the Coronavirus following tests carried out on a patient in one of our private facilities. This now brings the number of confirmed cases of the Coronavirus in the country to four,” the CS said at his Afya House office.

He also revealed that Twenty-three people who had been placed under quarantine National Influenza Centre were released after testing negative for the virus.

The Standard newspaper reported that police detained 10 people and locked the facility in the capital, Nairobi in Monday’s raid.

Kenya has also taken the opportunity of the coronavirus pandemic to promote cashless transactions, where it is already a pioneer with the Central Bank of Kenya (CBK) issuing emergency measures to facilitate greater use of mobile money in a bid to reduce the risk of spreading the novel coronavirus, or COVID-19, through exchange of banknotes.

“While the immediate objective is to reduce the risk of transmission of Covid-19 [coronavirus] by handling banknotes, this will also reduce the use of cash in the economy over the medium term,” the Central Bank of Kenya said. This is just one of a raft of measures Kenya has put in place since reporting its first case on Friday – that of a 27-year-old woman who flew in from the US via London. The country is in a partial lockdown after President Uhuru Kenyatta announced the closure of schools, and imposed sweeping travel restrictions.

Travellers from any country with a single case of the virus have been barred from entering Kenya for the next 30 days while Only Kenyans and foreigners with residence permits will be allowed in, so long as they agree to be quarantined.

In Ethiopia  schools were across the country and all public gatherings banned , including sports events, for 15 days on Monday

The decision was announced by Prime Minister Abiy Ahmed after consultations with top officials on measures to avert a COVID-19 outbreak in the country. In a televised message, the premier said the steps were necessary after four new cases were confirmed in Ethiopia over the past 24 hours, raising the total to five.

Among the new cases are two Japanese and an Ethiopian national who had been in contact with the country’s first patient, a 48-year-old Japanese citizen. The fourth case was an Ethiopian man who recently returned from Dubai

At the same time the U.S. ambassador to Ethiopia has informed the government that an American Marine visiting the country in February showed symptoms of the coronavirus while there and later tested positive, after staying at a hotel at the same time as Secretary of State Michael Pompeo, people familiar with the matter said.

In a meeting with Ethiopia’s health minister this week, Ambassador Michael Raynor said the Marine, whose identity hasn’t been released, stayed at the Sheraton Hotel in Addis Ababa for the African Land Forces summit that took place on Feb. 18-21. He showed symptoms while there, the people said. He later tested positive for the virus and is now getting treatment in the U.S.

In response to the latest developments in the COVID-19 outbreak around the world, Ethiopian Airlines is taking extra steps to ensure our customers’ health and comfort, and to provide passengers with confidence and peace of mind when planning their travel.

Meanwhile Tanzania and Somalia became the latest East African countries on Monday to confirm their first coronavirus cases, as neighbouring countries shut borders and schools amid fears of contagion.

A 46-year-old Tanzanian woman tested positive for the illness after returning from Belgium on 15 March, where she had been staying with a relative sick with coronavirus.

Health Minister Ummy Mwalimu said the patient was recovering in a hospital in Arusha.

“All in all, this is an imported case, and the woman is improving and continues with treatment,” she said.

Somalia also confirmed its first case of coronavirus and announced a ban on international flights in and out of the country, starting from Wednesday.

The travel ban will extend to cargo flights but exclude humanitarian ones, Aviation and Transport Minister Mohamed Abdulahi Omar said.

In Somaliland where no cases of coronavirus infection have been reported the government has issued guidelines geared towards prevention among them banning flights from countries with large numbers of confirmed cases, schools closure and suspension of all social gathering