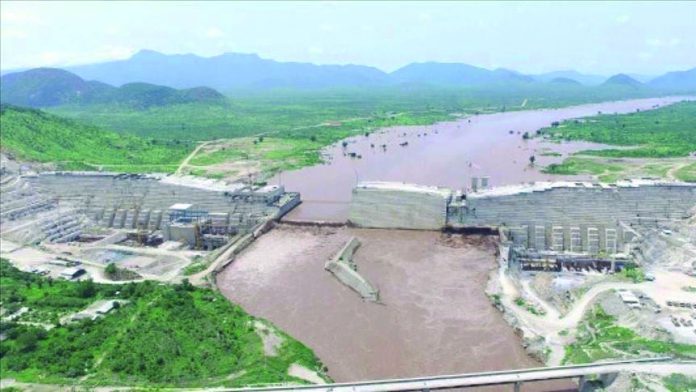 MENA
Arab foreign minister are expected to meet in Doha on Tuesday to discuss the ongoing dam dispute between Sudan, Egypt and Ethiopia.

Doha is set to host Arab foreign ministers in an extraordinary meeting on Tuesday to discuss the disputed Grand Ethiopian Renaissance Dam (GERD).

The meeting, requested by both Egypt and Sudan, is expected to be held on the sidelines of a consultation meeting between Arab foreign ministers in the Qatari capital, Ambassador Hossam Zaki, assistant secretary-general of the Arab League, told state-run MENA news agency.

The official confirmed both Cairo and Khartoum will brief the ministers on the latest developments after both countries called for the international community to help in resolving their decade-long dispute with Ethiopia.

They are set to brief the Arab ministers on “the dangers of leaving this strategic region, which is located at the east of the continent, to Ethiopian intransigence,” local Egyptian media reported.

“This matter requires the intensification of Egyptian and Sudanese efforts and their contacts with Arab and international parties to work to contain the scene that threatens the entire region,” he added, according to Ahram.

Tensions have mounted since the African Union-mediated talks between the three nations stalled in April.

In a joint statement after the meetings Wednesday, Egypt and Sudan warned of “serious risks and grave consequences of the unilateral filling” of the dam’s massive reservoir. They fear Ethiopia will reduce their share of the Nile River water.

Cairo and Khartoum want an international agreement to govern how much water Ethiopia releases downstream, especially in a multi-year drought. Sudan and Egypt argue that Ethiopia’s plan to add 13.5 billion cubic meters of water in 2021 to the dam’s reservoir is a threat to them.

They have repeatedly called for the US, UN, and the European Union to help reach a legally binding deal.

There was no immediate comment from Ethiopia. Addis Ababa says the $5 billion dam is essential, arguing the vast majority of its population lacks electricity.

The Blue Nile meets with the White Nile in the Sudanese capital. From Khartoum, it winds northward through Egypt and flows into the Mediterranean Sea.

The man who fixes disabled animals