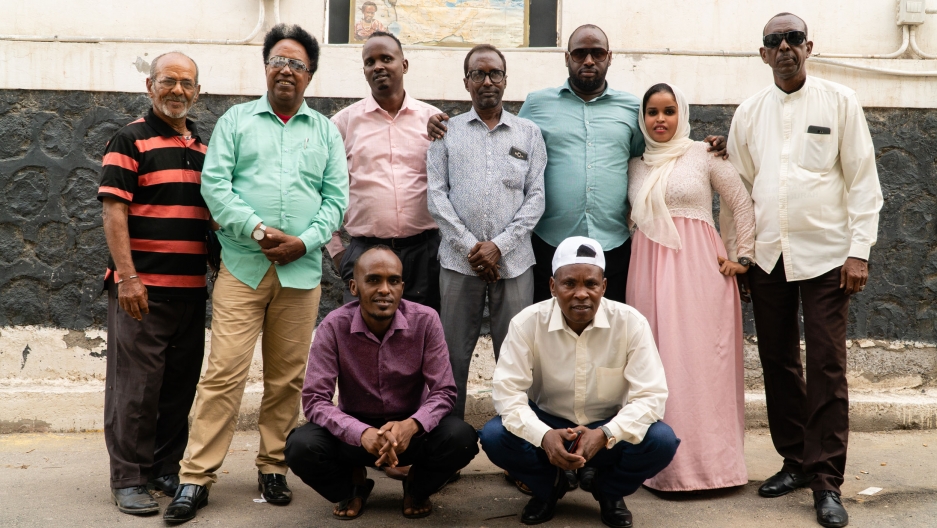 “The Dancing Devils of Djibouti” by Groupe RTD is the first-ever globally-released album to come from Djibouti.

In the northeast corner of Africa, right on the Gulf of Aden and facing the Arabian Peninsula, lies the Republic of Djibouti. The country of just under a million tucks into Ethiopia and sits on the Bab el-Mandeb strait, a strategic waterway connecting east and west, which has brought myriad cultural influences to the country.

Djibouti, also a neighbor of Somalia and once known as French Somaliland, gained its independence from France 43 years ago. But only now, in 2020, has a band in Djibouti recorded and released music for a global audience.

For decades, music has been governed by the state, and the country’s history of recorded music sits in the National Radio Archives.

The newly released album is called “The Dancing Devils of Djibouti” by Groupe RTD, which also performs as the national radio band for formal ceremonies of state. Vik Sohonie co-produced the record. Sohonie is also the founder of Ostinato Records, the label that released the album. He spoke with The World’s Marco Werman about the new music from the East African country.

Marco Werman: So the first record ever to come out of Djibouti, really?

Vik Sohonie: Yeah, that’s actually the case, because if you look at Djibouti, it’s a very young country. It got its independence in 1977, and they’ve been governed largely by one party since. And that party believed for various reasons, being a young country, that music should fall under the domain of the state. It should be a public good. And so, from independence until now, it’s really been only the government in the state and all the cultural state institutions that have financed, supported and propped up music. And if you wanted to record music in Djibouti, there was only one studio you could do it, which was at the National Radio’s studio. And Djibouti’s entire recorded output of music over these past 43 years is just sitting in the Djibouti National Radio Archives. It’s never been packaged for commercial global release.

So just to be clear, “The Dancing Devils of Djibouti” — this is a new recording. This is not archived material?

No, it’s not. They are a national band. They are the national radio band. But their primary job is to perform for dignitaries when they visit. You know, they perform when they are walking down the stairs, when they arrive at the airport. They perform at presidential ceremonies, cultural holidays. They are very much the national band. They’re an all-star band that is a mix of the best older, legendary, very beloved musicians, as well as new young talent that they’ve been able to scout. But no, it’s not an archive of recording, although they draw greatly from the recordings that are sitting in that archive. 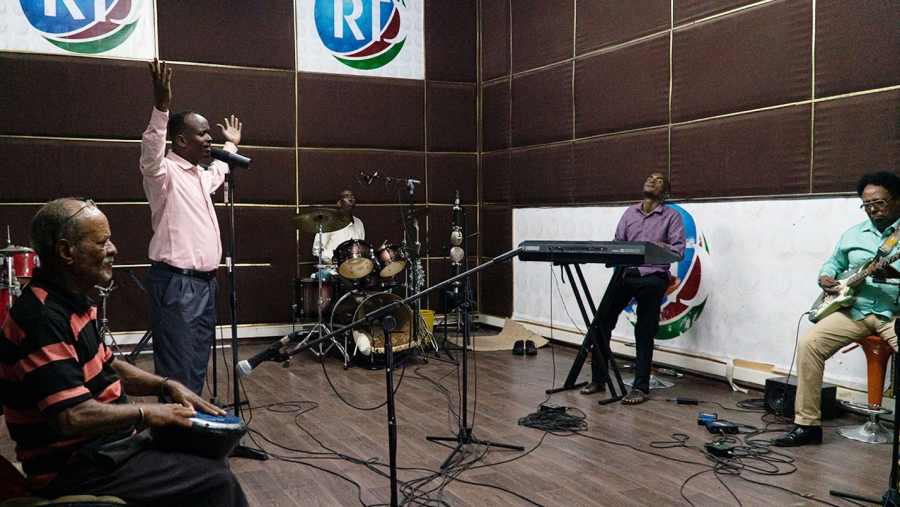 Groupe RTD records in studio in Djibouti. The group also performs as the national ceremony band for official events.

I’ve got to say, for the first record ever from Djibouti, it’s like an instant classic. It’s just a wonderful group, great sound. I mean, they don’t sound like a formal band playing at, you know, presidential ceremonies and stuff.

That’s their on-duty job. That’s their job they’re paid for. But, you know, when we came across them — they were just casually jamming when we came across them in 2016. And when we were introducing them, they were introduced as the national ceremony band. And we were expecting something of a national anthem, chorus or orchestra of something of that nature. But very quickly, we realized that when they’re off duty, they’re off work and they’re sitting and hanging around and jamming. They are not playing national ceremony music. They are doing what they do best, which is taking the essences of Djibouti’s cosmopolitan musical sound and just reviving it, modernizing it and adding their own lovely touch to it.

The music of Djibouti is influenced by the music of neighboring Somalia. But there’s a lot more to this music than Djibouti’s neighbor, isn’t there?

Yes, for sure. I mean, Djibouti, people have to understand, has historically been on a very strategic trade route. It’s partially why the United States, among other big powers, have military bases there, because so much trade passes through Djibouti. And, you know, that trade has been going on for centuries. And cultures from Asia, from the Middle East, from elsewhere have all had to pass through there. If you want to move anything from Asia to Europe you have to, or vice versa, you have to pass the strait that Djibouti sits on. So, they’ve been influenced by a great deal of cultures, east and west.

But also in their immediate independence era, when the national radio was or still is the sole broadcaster, there were three genres of music in particular that really inspired the band. And you can hear all of these. The guitarist who plays those offbeat licks — he was telling us how much he grew up listening to Jamaican reggae. The saxophonist who is really the star of the band — he grew up on a steady diet of American jazz and he would always point to the Harlem jazz era as this period of infatuation that he studied and grew up with. And the singers, they spoke greatly about India’s influence on Djibouti, the influence of Bollywood and the vocal styles of Bollywood that they would listen to, that they would learn from to be able to adapt and diversify their vocal repertoire. So, Djibouti might seem like a small country on the fringes, but for a very long time, it’s really been at the center of so much cultural mixing. It’s been so central to so much that’s been happening in the world.

So Vik, with travel, tours and things more or less at a standstill because of the pandemic, what is it like releasing a debut album with this kind of profile in the midst of a pandemic? And are we gonna be hearing more music from Djibouti?

Yes, for sure. I know it’s a sad tale because the idea was to release the album and then have them touring by the summer. But, of course, that’s not possible anymore. I mean, we’re still aiming for December. That might be optimistic. We hope things get better. We want more music from Djibouti to come out. You know, the government authorities who have been monitoring the release are very happy with the response. So, you know, everyone’s behind more music coming out of the country. But there’s more important things, I think, right now than touring. But I hope one day we’re back to concerts and live shows and being shoulder to shoulder enjoying the music.