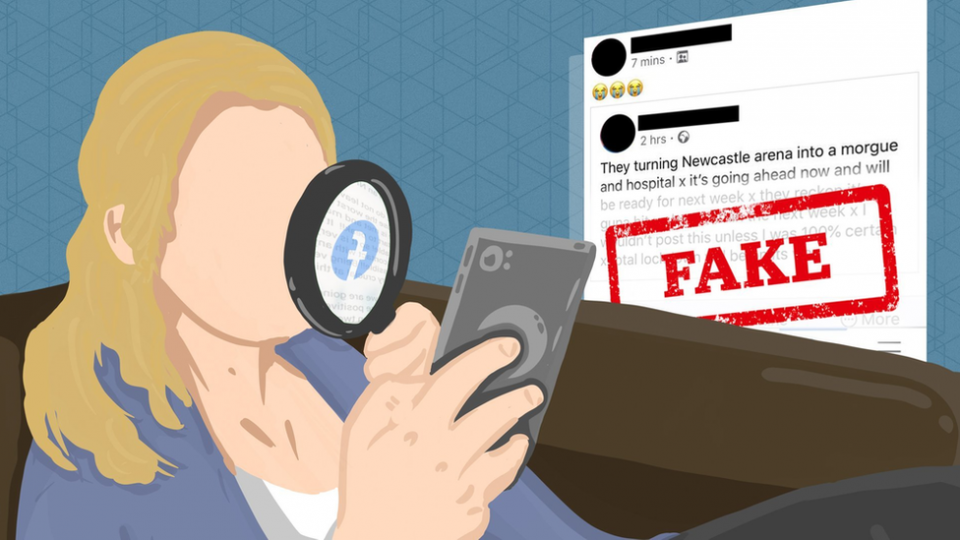 Social media companies are struggling to contain a wave of coronavirus misinformation. Into the breach have stepped volunteers who are fighting to stop rumours, bad advice and conspiracy theories from going viral.
By Marianna Spring Specialist disinformation reporter

Social media companies are struggling to contain a wave of coronavirus misinformation. Into the breach have stepped volunteers who are fighting to stop rumours, bad advice and conspiracy theories from going viral.

Rachael Hogg is currently juggling her busy job as a project manager and teaching her nine-year-old from her home in the market town of Morpeth, about 15 miles north of Newcastle.

But if that wasn’t enough, each day she’s also deleting as many as 50 misleading posts about coronavirus from the local Facebook group she runs.

Morpeth Matters has 22,000 members – substantially more than the actual population of the town. The group’s numbers are swelled by former residents and people from surrounding villages who turn to Facebook for local info.

“The group has been overwhelmed with scaremongering, speculation about what’s in the supermarkets, conspiracy theories and misleading posts,” Rachael explains after a long day of home-schooling and work around her kitchen table.

In normal times she’d be out socialising with friends or performing official business – she’s a town councillor. But at the moment she’s spending what she calls “an unhealthy amount of time” online.

“Somebody once said to me, if it’s on Morpeth Matters, it must be true,” she says. “I think people are more likely to believe what’s posted in local Facebook groups, because it seems to come from within their community.”

Rachael has had to reject false posts about tanks on the streets of Newcastle, untrustworthy information about how the virus is spread and a questionable post attributed to an unnamed “NHS worker”. That post contained a mix of accurate information and potentially panic-inducing phrases (“do not leave home for bread or anything!”) that do not align with current guidelines. 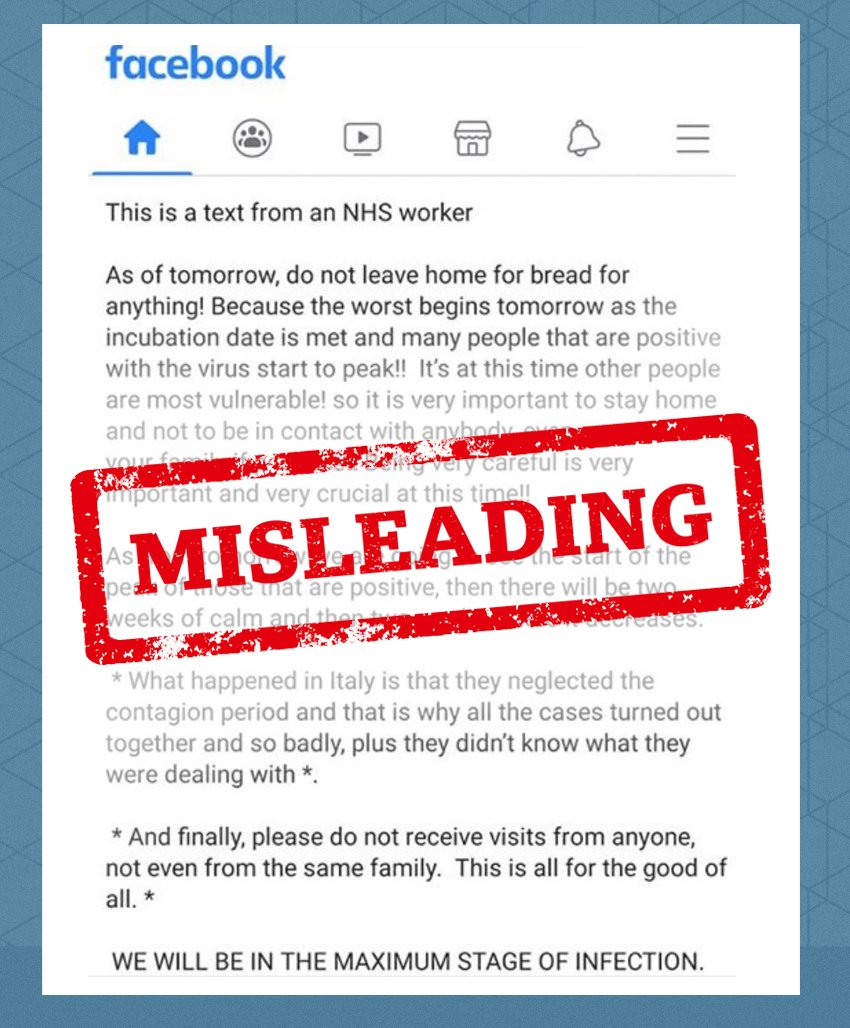 Rachael says misleading information online has caused people in the town to rush out to supermarkets, panic their neighbours and inundate local schools with phone calls.

Volunteer moderators like Rachael have stepped in as staffing at the big social media companies has been hit by coronavirus.

Facebook says it’s operating with a “reduced and remote workforce”, so it is prioritising investigating the most harmful content.

Similarly, YouTube and Twitter are relying less on human moderators and more on automated flagging tools and artificial intelligence.

Waqas Hussain, who was born and raised in Walthamstow in north-east London, is an accountant with four children. He’s also a moderator of Walthamstow Residents NEWS, which has more than 28,000 members.

“Misleading posts are deleted and the debunking is posted,” he says. “No fake news allowed.”

Waqas says he feels “a sense of duty to ensure only factual information gets published”, and so he investigates posts in a way that’s not dissimilar to professional fact-checkers.

“I will spend some time looking up the facts and then do a long post about it. There is all sorts [of bad information] – posts about the seriousness of coronavirus, shops being fined and links from unscrupulous websites. All such posts are deleted as soon as I see them.”

That includes YouTube videos being shared about a conspiracy theory which falsely links 5G to coronavirus. Proponents of the theory have been behind a rash of attacks on mobile phone infrastructure.

In between rounds of board games with his children, Waqas recently investigated a photo of a fake message claiming to be from the government and threatening fines if people leave their homes, even for essential goods. It too got deleted.

Another Facebook group, Swindon Community Notice Board, has more than 18,000 members.

It might have become a hotbed of misinformation were it not for its moderators, Debra Collins and Graham Stobbs. They say they reject around 150 misleading posts every single day.

The 49-year-olds usually run music events together. Army veteran Graham, who has post-traumatic stress disorder, is particularly busy since he’s using his exercise time to train for a kayak challenge to raise money for a mental health charity.

But at the moment, Debra and Graham say they are distracted “all day every day” by the group. Thousands of members have joined since the start of the pandemic.

“We work closely with our local authority and local MPs to ensure there is consistent and correct information shared,” Debra says.

A lot of the posts they reject are scaremongering “from non-official sources which later turned out to be fake news,” she says.

A similar thing is happening in a local Facebook group in Stoke-on-Trent.

A medical receptionist, who runs the group but asked not to be named because of her job, told BBC News that she’s been stopping misleading medical information from reaching the rest of the group.

“One post encouraged everyone to try and get hold of inhalers used by asthma sufferers to combat the virus. This puts horrendous pressure on the NHS as patients call us requesting inhalers that are not only useless, but they are not entitled to be prescribed.”

A local GP surgery in the area even had to issue a statement because of the number of people contacting them after hearing false news on Facebook about fictional coronavirus “rescue packs”.

In a crisis like this one, some people are trying to pitch in wherever they can – including in the fight against online misinformation.