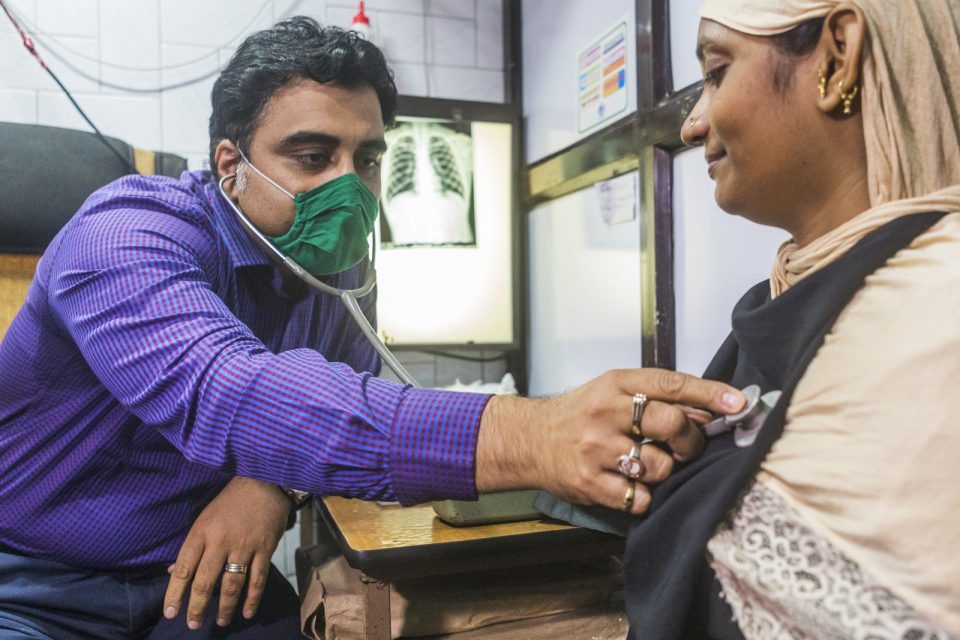 Ravi, 26, had to change his mother’s diapers himself as she lay dying from the disease in the huge Lokmanya Tilak Municipal General Hospital, better known as Sion.

“They would just give us medicines and leave,” Ravi (not his real name) told AFP. Staff in the 1,300-bed facility were “overworked and tired”, he said, with sometimes three patients per bed.

Now he too has contracted the virus and is in another hospital — but only after four facilities refused to admit him. “We don’t have the infrastructure for this disease,” he said.

The state-run Sion hospital has become a byword for the stunning failure of Mumbai — home to billionaires, Bollywood and slums — to cope with the pandemic.

A video widely shared on social media and shown on Indian TV showed corpses wrapped in black plastic left on beds in a ward where patients are being treated.

Authorities said they were investigating the footage.

With space at a premium, and relatives too afraid or unable to claim their dead because they are themselves in quarantine, disposal of coronavirus corpses is not easy, doctors say.

But dealing with the sick is much harder.

“We don’t have enough beds to manage so many cases. The emergency area gets full in a matter of hours,” Aditya Burje, a junior doctor working night shifts at Sion hospital, told AFP.

The hospital’s proximity to India’s biggest slum Dharavi makes it a key battleground in the fight against the pandemic.

“In March there were just one or two suspected cases a day. It all seemed to be under control. Then the situation drastically changed,” the 25-year-old said.

By the end of April, Burje and his colleagues were overwhelmed.

Like many doctors at state-run hospitals, Burje, who gets a $700 monthly stipend, has not been paid since India went into lockdown in late March.

He has not had a night off in two months.

With nearly a third of his medical school cohorts at the hospital diagnosed with coronavirus, he admitted he was scared to go to work.

“If something happens, who will take care of me?”

Sion hospital is not alone in India’s financial capital. And everyone — from medical students to doctors with decades of experience — is struggling.

But though it is only equipped to handle patients with moderate symptoms, doctors there routinely end up treating critically ill people, Baid said.

Even clinicians specialising in fields like dermatology or orthopaedics are being hit with caseloads of patients they are not qualified to treat.

“We can’t send (patients) to other better-equipped hospitals because they have no beds and so we do what we can,” he told AFP.

“The system is under a lot of pressure, it’s exploding,” he said.

Mumbai has 4,500 beds for coronavirus patients, according to Daksha Shah, a senior health official with the city authority.

“We are expanding capacity all the time,” she told AFP, pointing to efforts to build a 1,000-bed field hospital in a commercial hub.

Authorities are also setting up intensive care units inside schools.

But with Mumbai so far registering around 18,000 cases, a fraction of its 18-million-strong population, fears are growing that India’s worst-hit city is unprepared for a potential surge.

India spends less than 2% of its GDP on healthcare.

Many of the problems highlighted by the pandemic have been festering for a long time, Vaidya-Bhamare said, from a lack of basic supplies such as soap to overburdened staff.

“I graduated in 1994 and government hospitals were utterly neglected then,” she said. “Why does it take a pandemic to wake people up?”