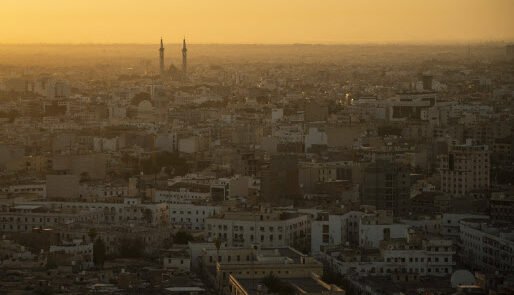 Libya, a war-torn country with a health care system that is already on the verge of collapse, has officially confirmed its first case of COVID-19.

Ehmaid Bin Omar, the health minister of the Government of National Accord (GNA), made the announcement on 24 March: Libya has recorded its first official case of COVID-19.

The patient arrived in Libya via Tunisia in early March and had travelled to Saudi Arabia recently according to the Libyan National Centre for Disease Control. The 73-year-old male patient was put in isolation in a Tripoli hospital, but no further information has been reported about his condition.

“Libya’s capacity to test the population and diagnose coronavirus is extremely limited,” said Liam Kelly, Country Director for Libya at the Danish Refugee Council. “The probability that there is just one case in Libya is thus very small. There are surely other cases, but they are going undetected.”

Given this backdrop, the arrival of an epidemic in a country with two governments, two armies and two parliaments –  all rivals – is causing alarm to the patchwork of authorities’ ability to implement a consistent and effective response to the pandemic’s spread in Libya.

“This is a health system that was close to collapse before you get the coronavirus,” said Elizabeth Hoff, a Norwegian national serving as head of mission for the World Health Organization (WHO) in Tripoli.

The Global Health Security Index 2019 ranked the country 108 out of 195 for its capability to rapidly respond to a pandemic through a national emergency plan. Hoff also lamented on the shortage of doctors, particularly in rural areas. “There is a national plan, but funding has not yet been allocated for implementation,” she added.

The measures implemented by various municipalities, such as disinfecting parks and public gardens in Misrata, distributing masks and gloves outside of banks in Tripoli and complying with safe distancing rules, seem rather inadequate in order to stem an epidemic in a country that has dealt with three civil wars since April 2019.

The population already has to fight to access health care for routine medical services and hospitals are already overwhelmed by war casualties coming out of Tripoli,” Kelly said.

“Action is being taken across the country, but the health care system is dramatically deficient.”

On 18 March, the United Nations Support Mission in Libya called for a ceasefire to help authorities organise their response to a potential outbreak of the epidemic in the country.

The WHO asserted that “viruses don’t care about political regime changes,” referring to the ongoing fight for the control of the capital, Tripoli, between GNA forces loyal to Fayez al-Sarraj and Khalifa Haftar’s Libyan National Army (LNA). If the epidemic were to spread in Libya, the country’s hospitals would be plunged into a nightmare situation, especially since fighting has intensified and is causing a growing number of casualties.

The Tripoli government has already closed land borders, prohibited foreigners from entering the country, suspended congregational prayers and closed schools and cafés. All planes at the Misrata airport have been grounded. Frequently targeted by missile strikes, Tripoli’s Mitiga International Airport was shut down even earlier.

ent, which controls less than 20% of Libyan territory, will have a hard time enforcing these measures throughout the country, as eastern Libya and a large swath of southern Libya are under the control of Marshal Haftar’s troops. The LNA ordered a curfew from 3 p.m. to 7 a.m. in the areas subject to its control.

There are also concerns that the country’s vast number of displaced persons could worsen the health crisis. “Libya has more than 300,000 displaced persons,” Kelly said. “Most of them live in overcrowded housing or refugee camps.

The quality of sanitary facilities and hygiene in these places is often inadequate, and access to water is very poor. It’s pretty clear that these conditions increase the risk of a major health crisis. I’m not even talking about the prisoners, migrants and refugees being held in detention centres and prisons, where living conditions are already sub-standard.

A virus going around those facilities would spread almost immediately and uncontrollably.”

Despite the warring parties’ announcement last week that they would observe a “humanitarian truce,” particularly in order to address the epidemic, bombing continued in the Tripoli capital over Tuesday night and into Wednesday, killing at least seven people. On 25 March, in retaliation, GNA forces launched an offensive targeting the al-Watiya airbase located southwest of Tripoli.

A ‘mafia-style’ cartel is running the African Union, claim staff