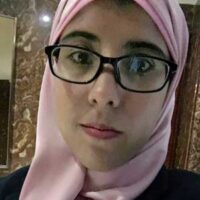 This paper aims to highlight the importance of the Nile River to Egypt, and the role of the international law in dealing with the Nile’s crisis.

Egypt and the Nile River

The Nile River is one of the most important and the longest rivers in Africa and the world. The Nile River is located in northeast Africa, it flows through many different African states including Egypt, Sudan, Ethiopia, etc. According to the British Encyclopedia, Nile River stretches 6.695 kilometers, measured from its extreme sources in the plateau of the tropical lakes ( at the farthest point on the Luvironza River, a branch of the Rurubu River in Burundi) to the last point in its estuary in the Mediterranean Sea. Besides, it’s the second largest basin in the African continent in terms of area, it comes after the Congo River Basin, which has an area of approximately 3.82 million square km. After the independence of South Sudan, the Nile River waters are shared by eleven riparian countries in Africa: Egypt, Sudan, South Sudan, Ethiopia, Rwanda, Tanzania, Uganda, Burundi, Democratic Republic of the Congo(DRC), Eritrea, and Kenya.

The Nile River has two major tributaries, the White Nile and the Blue Nile. The White Nile begins from Lake No at the point where Bahar al Jabal(river) ends and extends to Khartoum. Thus, the River between Lake No and the meeting point of Sobat River heads from west to east, joining the river at this distance Bahr el Zaraf. The White River in Ethiopia supplies about 14 percent of the Nile’s River water. The second major tributaries of the Nile River is the Blue Nile which begins at Lake Tana in Ethiopia, it’s 1,840 meters above sea level and an area of about 3,060 square kilometers. The Blue River is undoubtedly the most significant tributary of the Nile River, about one-tenth of the African continent covered by the Blue Nile, and its riparian countries possessing 40 %of Africa’s continent population.

The reason for Nile waters dispute

The struggle over the Nile River waters dated from the colonial era. The reason for the dispute during the post-independence period and until the negotiation process was the rejection by some states of the treaties that signed during the colonial era, such as Ethiopia. But after reaching the principle of an agreement to establish a framework for cooperation, there were some disputes regarding the sharing of the Nile’s waters, and the rule of prior notification or consultation. There were several treaties signed during the colonial era that addressed water allocation in the Nile River that still affects the contemporary negotiations among the Nile Basin countries. Under colonial Britain’s rule, in an effort to secure their interests over the Nile River in Egypt, some treaties stood out; the 1891 agreement, 1929 agreement, and the 1959 agreement.

In 1891, Britain and Italy signed an agreement determining their area of influence in the basin countries in eastern Africa to the outskirts of the Red Sea. Whereas, the third clause in the agreement stipulates that Italy will not construct any works on the Atbara River in order not to impede its flow to the Nile. The fourth article in this treaty focused on protecting the interest of British and Italian nationals in East Africa and supervising the Red Sea corridors more than in the issue of regulating the exploitation of the Nile waters.

On May 15, 1902, a treaty was signed in Addis Ababa between Britain (on behalf of Sudan) and the Ethiopian Empire to demarcate and define the border between Ethiopia and Sudan. In the third clause of the treaty, Emperor Menelik II pledged not to make any attempt to built such a structure on the Blue Nile, Lake Tana, or Sobat River. In order to ensure the continuity of this treaty, it was stipulated that agreement must be adhered to by both parties and their heirs and those who succeed them to the throne. In this agreement, it explicitly provided for the regulations of the exploitation of the waters of the Blue Nile, Lake Tana and the Sobat River, and the need for prior notification before starting any construction projects by Ethiopia.

During the Egyptian-British bilateral rule of Sudan, Egypt and Britain signed an agreement in 1929. The agreement focused on using the Nile water for irrigation, whereas, in the agreement, Egypt requested to abide by its complete freedom regarding the negotiations that precede the conclusion of an agreement on Sudan. Besides, the agreement also stipulated that Sudan would not build any dam on the Nile and its branches or on the lakes from which the Nile originates, whether in Sudan or the countries under the British colonial rule. Britain agreed to Egypt’s requirements and confirmed the recognition of Egypt’s natural and historical rights to the use of the Nile River waters.

After Egypt gained its independence and with the growth of the population and the increase of the development projects, Egypt wanted to store water for use in agriculture, irrigation and electricity generation, so Egypt started building the High Dam in Aswan, and also Sudan started building projects. The importance of the Nile River between the two countries increased, as a result, the two countries signed an agreement in 1959. The agreement stipulated that Sudan’s yearly water allotment would rise from the 4 billion cubic meters to 18.5 billion cubic meters. The 1959 agreement also recognized the rights of other Nile Basin countries to the Nile waters. According to the agreement, whether any of the Nile Basin countries want to claim their rights, then Egypt and Sudan will negotiate and reach a unified solution. In 1993, Egypt and Ethiopia signed an agreement, and Ethiopia agreed through a framework with Egypt that Ethiopia would not build any structure that may harm Egypt’s interests over the Nile River and impedes the entry of the Nile waters to Egypt, but the agreement was not bound by international law. We can see that the1929 agreement and 1959 agreement affirmed Egypt’s water  rights for the Nile River.

The role of  the International Law

The theory of Absolute Integrity; this theory does not allow river states to use river water in a way that harms the rights of other river states. Every country whose international river runs in its region has the full right to keep the flow of Nile water in its region without reducing the percentage of water that reaches it. The political borders do not separate the river from its source to its mouth. So, when any country wants to build any structure on the river or its branches, it must first inform the countries that share the same river it with. The theory of Common Natural Resources; this theory was founded on the principle of good neighborliness and aims to the equitable utilization of international river waters between the riparian countries. According to the above theories, Egypt will offer several justifications under international law to support its claim and protect its right in the Nile River. Egypt will argue that the agreement between Britain and Ethiopian Empire which signed in 1902 confirmed that Ethiopia agrees to not take any measure that would harm Egypt’s interests on the Nile River. The treaty also precludes Ethiopia from building any projects that will affect Egypt. Egypt also has argued that 1929 and 1959 agreements between Egypt and Sudan, the agreements imposed a duty on Nile River Basin countries to take measures to prevent causing harm to other states sharing the Nile waters. Its worth mentioning that Egypt has already started diplomatic negotiations to resolve the dispute with Ethiopia, and the last of these negotiations were held in Washington.