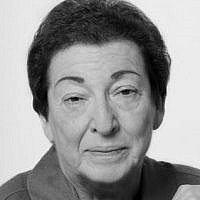 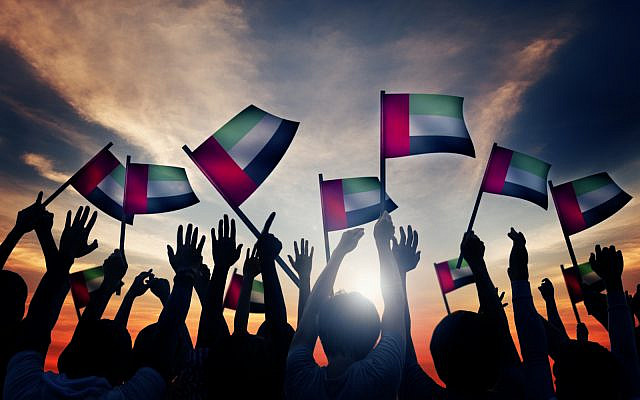 The Israeli agreement with the United Arab Emirates is being touted as everything from “huge,” “stunning,” and “historical” to a “betrayal,” “diversion,” or “sellout.” In truth, it is not any one of these, but contains something of all of the above. Given the plethora of reports, commentaries, analyses, and reactions, it is especially important to put the Israel-UAE rapprochement in perspective — to try to understand how it contributes to Israel’s integration into the region through the achievement of a comprehensive peace with its neighbors. In order to do so, it is necessary to specify what it is, what it is not, and where it could lead.

A normalization agreement, not a peace treaty. The impending formalization of the more than two-decade informal relationship between Israel and the United Arab Emirates is an important breakthrough in Israel’s ties with the Arab world. Motives aside, it constitutes a major achievement for Mohammed bin Zayed, Benjamin Netanyahu and for its broker, Donald Trump. It is yet another step in Israel’s continual quest for workable accords with Arab countries, following its successful treaties with Egypt and Jordan. It follows the same logic as its predecessors, forging long-term understandings with surrounding states — often on its periphery — but studiously bypassing the much knottier Palestinian core of the Israeli-Arab conflict.

What is proposed is not, however, a peace accord: it is impossible to sign such a document between two countries that have never been at war with each other. Therefore, the claim that this a clear instance of “peace for peace” rings hollow. Just as in the case of the short-lived formalization of relations between Israel and Mauritania — the first Arab League member after Egypt and Jordan to establish diplomatic ties with Israel, only to break them during the Gaza war in 2009 — what is being discussed is the initiation of official, direct, links involving diplomatic, economic, and a variety of other connections. The importance of such an event, especially in recent years, cannot be underestimated. It really should not, at the same time, be exaggerated.

Its ultimate significance, once details are ironed out, will lie in the extent and depth of the actual ties forged between the two countries in the coming years. It will also depend on the role this new relationship plays in paving the way for additional arrangements with other states in the region (there is much talk about similar moves by Bahrain, Oman, and even Saudi Arabia, Morocco, and Sudan, but these have yet to coalesce into full-fledged treaties). In the meantime, it behooves all involved to treat this milestone for what it is: an important step forward, but hardly in itself a harbinger of peace.

A halt to annexation, not an end to occupation. Israel’s agreement with the leadership in Dubai is the outcome of a very overt deal: normalization of relations in return for foregoing the implementation of a unilateral annexation of parts of the West Bank in accordance with provisions included in the Trump plan (“Peace for Prosperity”) unveiled in January of this year. In this respect, Prime Minister Netanyahu — regardless of his ongoing protestations — abandoned plans for annexation. An exchange of sorts, therefore, lies at the root of the understanding reached with both bin Zayed and Trump — one which obtains recognition in return for a freeze on annexation. This, in itself, constitutes another form of repudiation of the “peace for peace” claim repeated so frequently in recent days. Indeed, it is not too far-fetched to suggest that annexation plans (or, as the right puts it, “the extension of Israeli sovereignty”), once taken off the table, will be difficult, if not impossible, to revive — as settler leaders have justifiably been quick to point out.

Removing the specter of imminent annexation in no way implies an end to the occupation. In fact, the UAE-Israel deal totally bypasses the Palestinians. At best, it normalizes occupation; at worst, it might, by removing any impetus for change on the ground, actually entrench Israel’s long-term rule over Palestinians and their territories. From this vantage point, the rapid and complete denunciation of the Israeli-UAE-US move by the Palestinian leadership is totally understandable.

The Palestinian-Israeli conundrum, nevertheless, remains. This latest twist in Israeli-Arab relations does not have a direct bearing — again, multiple conjectures notwithstanding — either on whether or how this long-festering conflict will be resolved. This depends in no small measure on the precise role allotted to the Emirates in any future Israeli-Palestinian negotiations, on political developments in the United States, on the response of the international community, and above all on the actions of Israelis and Palestinians in the months ahead (here the ongoing implementation of settlement expansion, especially in the E1 area, growing Palestinian resistance to cooperation with Israel, and the reignited skirmishes along the Gaza border are causes for ongoing concern).

A shift in the rules of the game, not in the need for a successful peace process. The formalization of relations between Israel and the UAE confirms, with renewed vigor, the centrality of diplomacy in the stabilization of Israeli-Arab relations. Military confrontations and ongoing skirmishes have not yielded any positive results over the years. Now the force of successful diplomacy is reaffirmed. But the manner in which this new phase has been achieved upends the major procedural assumption informing the quest for peace since the signing of the Oslo accords in 1993. The presumption that peace with the Palestinians is the necessary first step in the acceptance of Israel in the region — the guiding principle of the Arab Peace Initiative — has essentially been reversed. The announcement of the establishment of official ties between Israel and the Arab Emirates gives a boost to those who would like to see a similar process with other countries, in effect regionalizing the solution to the Arab-Israel conflict in a sequence different than that envisaged until now.

This change does not, however, provide any insights about how to proceed from here, especially in addressing the much more difficult issue of Israel’s relations with its closer and more recalcitrant Palestinian — not to mention Lebanese or even Syrian — adversaries. In fact, should Israel continue to avoid this critical challenge while pursuing improved links primarily with other Gulf states, it runs the risk of finding itself enmeshed in several Middle East disputes it has successfully avoided in the past without securing its relations with its most immediate neighbors.

In short, the issue of how to proceed from here looms large. The shifting sequence introduced at this stage is not, and cannot become, a substitute for direct negotiations for a durable and just Israeli-Palestinian peace. This, in turn, has always — and will continue to be — the key to a comprehensive Israeli-Arab peace.

The Israel-UAE rapprochement is thus neither the door to paradise nor yet another plate of bitter lemons. It is not an all-consuming achievement nor a convincing diversion from the harsh health, economic and social repercussions of COVID-19. It is no more nor any less than what it appears to be: an intriguing step in Israeli-Arab relations which opens some doors and closes others. Its significance rests on the capacity of those involved to use it as a springboard for a just and lasting peace in the region.

Sourced from: The Times of Israel