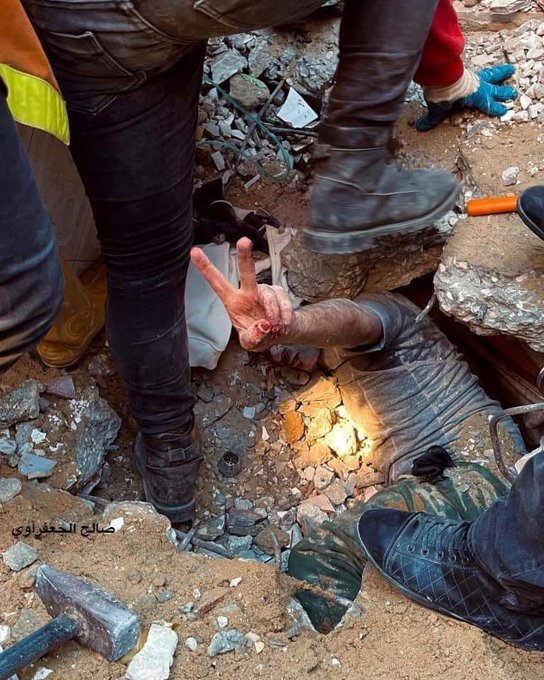 Hear the profoundly moving words of Umm Sameer, one of the courageous women from Sheikh Jarrah whose homes are to be stolen and bulldozed, but who stand up to security forces and extremist settler hooligans: “I built my house brick by brick, stone by stone. I raised my children here … Seventy years and now they are claiming it’s theirs and want to force us out … With our own hands we will resist the occupation, and keep resisting until the last moment of our lives.”

The only surprising thing about this spontaneous outburst of Palestinian anger is that it took so long to explode. This latest intifada didn’t erupt when Donald Trump illegally sought to surrender Jerusalem, the Golan or the Jordan valley to Israel, or after any of a thousand other provocations. Nor did it happen at the behest of Palestine’s incompetent leaders, or of Hamas.

Attempts to evict Palestinian families from their homes in occupied East Jerusalem struck a bitter chord thoughout Palestine and around the world. Many of these long-suffering families were made homeless once before, when Zionist forces drove them out of their ancestral homes in Haifa and Jaffa during the 1948 conflict — and now Israel seeks to evict them all over again, using the fig-leaf of a “justice” system for measures which violate international law and transgress the most fundamental principles of human decency.

In the face of this tsunami of Palestinian and global anger, an Israeli court has “delayed” the eviction decision. But according to Peace Now, up to 20,000 Palestinian homes throughout Jerusalem are under threat of demolition, while inhuman restrictions on building permits have forced countless Palestinian residents out of their city altogether. As one settler taunted a Palestinian family: “If I don’t steal your home, someone else will steal it!”

Let’s be clear about this: These racist land grabs are long-standing official Israeli policy, seeking to inexorably throttle Palestinians out of existence in their own capital by rendering it impossible to live or own homes. This is the very definition of ethnic cleansing and apartheid. Benjamin Netanyahu has staked his entire political career on sabotaging one peace initiative after another, while squeezing Palestinians out of their lands, based on the impossible premise that through stealth and naked force they can eventually steal the entire land of Palestine.

Instead, all they achieved was making this explosion inevitable: You can’t humiliate people, detain them, brutalize them, steal their homes and land — and then denounce them for throwing stones!

Biden’s administration is unwittingly playing Netanyahu’s game, through the naive belief that they can simply ignore the Palestine question for four or eight years. Does Biden still believe this after recent events? Just as culpable are all those governments and media outlets who fail to speak out for fear of being viciously attacked by the pro-Israel lobby.

By failing to hold Israel to account, while providing Israel with billions of dollars of funding each year, we have taught Israel that it can get away with murder, and that mobs of racist settlers can enjoy impunity in attacking and harassing innocent citizens. These accumulated attempts to ignore or eradicate this issue have reaped their bitter fruits in creating this appalling and untenable situation, which in the words of the UN is “escalating toward a full-scale war.”

I’m no supporter of Hamas, their regressive governing style, and their attachment to Iran. Whatever Hamas’s motivations for firing these rockets — and taking into account the fundamental imbalance in power between Israel and Palestine — all they can hope to achieve is provoking yet another full-scale invasion of Gaza. We know how this ends: With the destruction of tens of thousands of homes, and thousands of dead Palestinian civilians. Murdering innocent people on either side only exacerbates this cycle of death.

Statements from Netanyahu and President Rivlin last week contained a note of panic — not only as barrages of rockets struck Israel, and Jerusalem erupted in flames, but as communities within Israel itself came out on the streets and embarked on pogroms and racist lynchings. An Israeli mob, baying for blood, dragged a man out of his car and beat him to a pulp just because he looked Arab. Suddenly Israeli leaders saw the specter of 1947 replaying itself and the various communities of Palestine coming out to tear each other apart in a conflict that could destroy the very foundations of their Zionist project.

Such is the way racism has been nurtured and even encouraged within Israeli society; such is the corrosive nature of the state’s Jewish supremacist policies; such are the underlying social hatreds that have festered for over 70 years that if an intercommunal war did fully erupt within the bosom of Israel it could rapidly become as murderous as the ethnic and tribal conflicts of Bosnia, Rwanda, Libya and South Sudan.

This isn’t an Arab or a Muslim issue, but an issue for humanity — the just cause to end all just causes. If the world allows Netanyahu and his extreme-right thugs to erase Palestine from existence, what about the peoples of Xinjiang, Myanmar, Syria, Kashmir and Tibet who also face cultural and physical extermination? The Middle East can know peace only when a just solution grants Palestinians their full national rights. Sorry, Mr. Biden, but ignoring Palestine won’t make it go away.

The dignity, resilience and pride of the Palestinian people should be an inspiration and a lesson to us all. This is a question of whether we are a species that possesses a conscience. As humans we should be defined by our humanity and our readiness to act against manifest injustice. 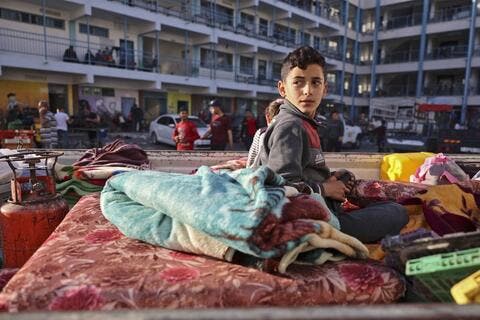 How many mothers have already lost their children and their homes? How many more times must we passively witness countless human lives being torn to pieces? Netanyahu may be a mass murderer, but thefailure to act in defense of justice rests upon our shoulders. This blood is on our hands as once again we sit back and watch hundreds more children buried under the rubble of their own homes.

• Baria Alamuddin is an award-winning journalist and broadcaster in the Middle East and the UK. She is editor of the Media Services Syndicate and has interviewed numerous heads of state.

How the UK military supports Israel’s combat operations against Palestinians