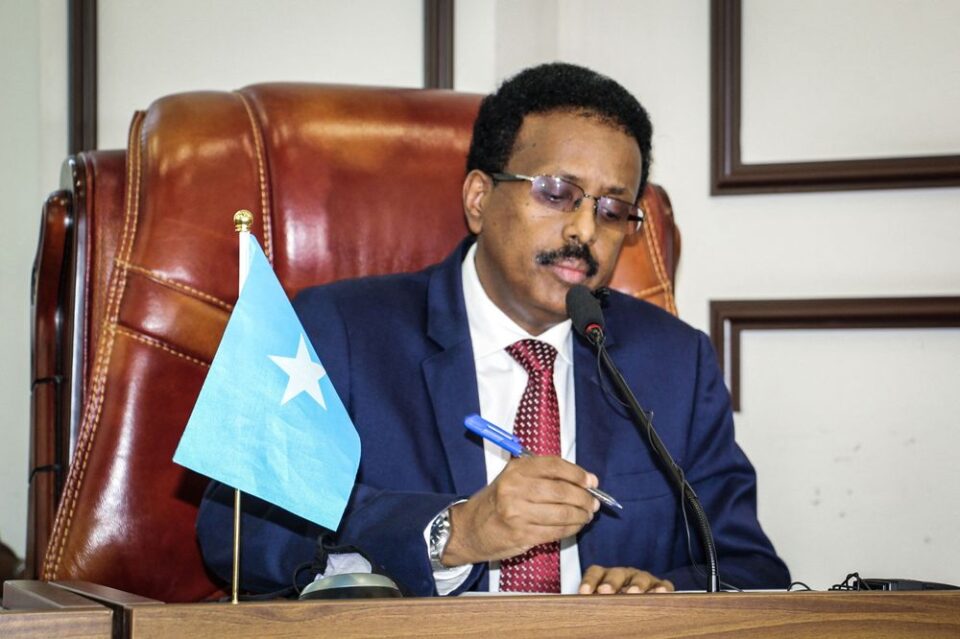 Somalia will expedite elections in a bid to quell instability and coax donors into releasing funds needed to pay the nation’s security forces and other state employees, Foreign Minister Mohamed Abdirizak said.

The prime minister is scheduled to meet representatives from political parties and other interested groups in July to agree on the voting process, Abdirizak said. The authorities will then announce dates for parliamentary and presidential votes.

“It could happen within 90 days” from when they set a date, Abdirizak said in a May 3 interview.

Somalia is proceeding with the elections after President Mohamed Abdullahi reversed a decision to extend his mandate without holding a vote as scheduled in February. The planned delay stoked violence in the Horn of Africa nation, which has been battling an Islamist insurgency for 15 years, and led the U.S. to threaten sanctions.

Somalia is dependent on donor funding, with domestically generated revenue contributing less than half of its annual budget. The government has received less than half of the 100 million euros ($120 million) the EU pledged in a three-year budget-support program that ends this year.

The government has warned there’s a risk of increased unrest if funding gaps leave it unable to cover its wage bill.

“If the government is not able to continue to pay salaries to civil servants, and particularly the security forces, that could create enormous damage,” said Abdirizak. “We are in talks to get those funds released.”

The EU didn’t immediately respond to an email seeking comment.

Somalia is struggling to rebuild after two decades of civil war and amid an insurgency by al-Shabaab, an al Qaeda-linked group that the federal government is fighting with the help of neighboring states, the U.S. and the EU. While the group is concentrated in the Middle Shabelle and Lower Shabelle regions, they have recently increased attacks on the capital, Mogadishu.