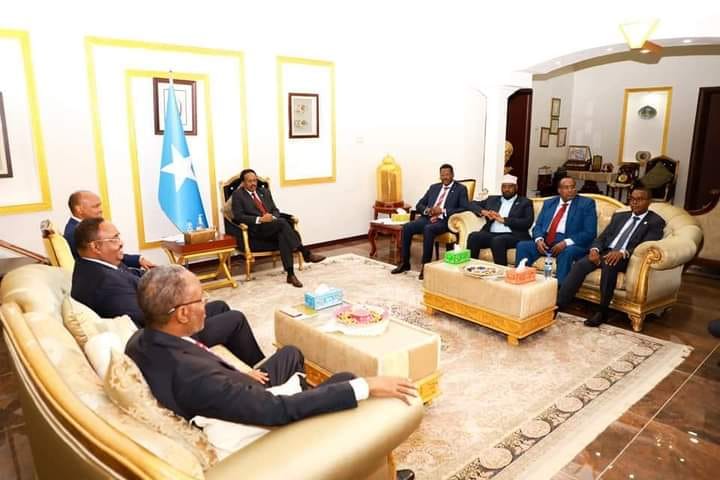 Somalia’s President Mohamed Farmaajo and five federal state leaders have reached a deal which effectively retains the clan-based system of delegate voting in the upcoming elections.

The new deal, which was reached after a five-day meeting in Mogadishu, revises the one reached last month between Farmaajo and three of the five states which chose to have 303 delegates voting for each of the 275 MPs of the Lower House.

The new arrangement, which must be endorsed by parliament, means Somalia’s next elections will see 101 delegates voting to choose each of the 275 MPs who in turn will elect the federal president.

The new arrangement, endorsed by federal state presidents of Jubaland, Hirshabelle, Puntland, South West and Galmudug, also means that Somalia has shelved earlier plans to have universal suffrage for the first time in 50 years.