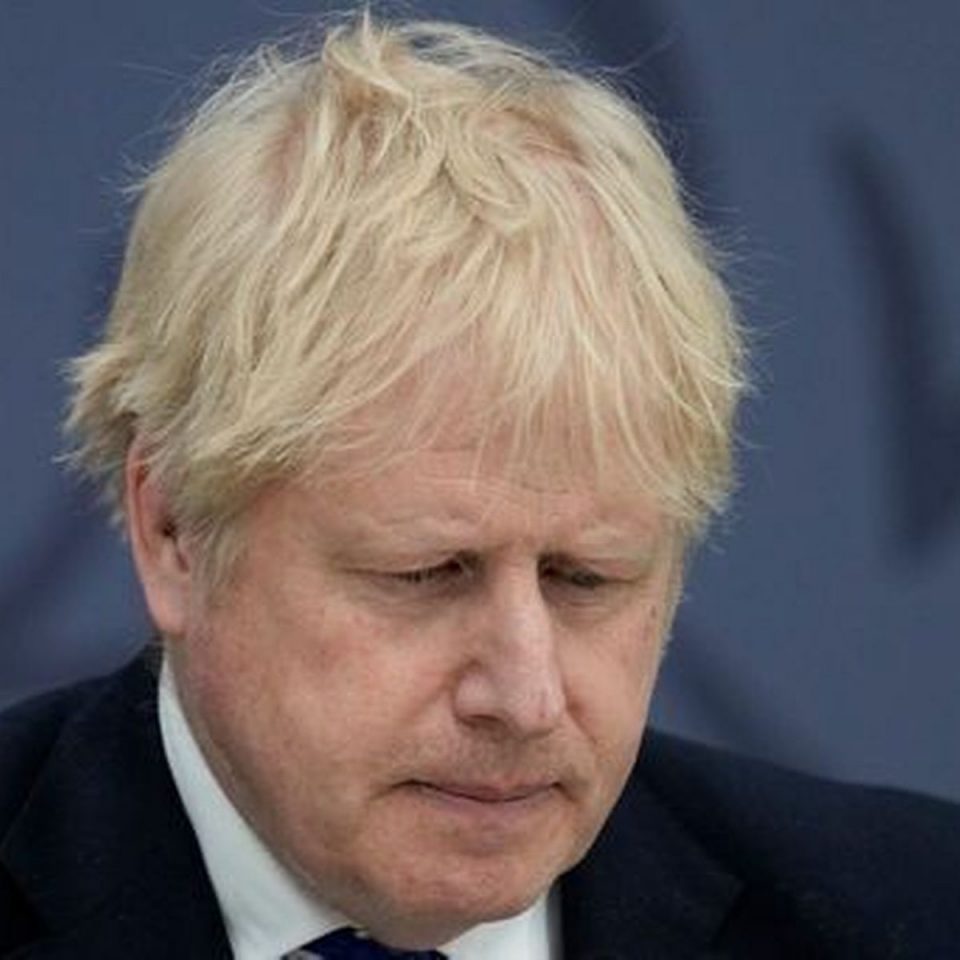 He knows it. Larry the Downing Street cat knows it and Dilyn the dog knows it. It is simply a question of when he will be finally gone.

Let’s be blunt. Boris Johnson is good at being Boris, but a most terrible British Prime Minister. I first met Boris when he was president of the Oxford Union, and we were both idealistic young things.

In those days — the 1980s — there was a highly amusing double comedy act on British TV, first aired in the 1920s, titled Laurel and Hardy. All their pranks led to failure and Hardy used to blame Laurel with the popular catchphrase, “Now that’s another fine mess you gotten me into”. Today’s equivalent of that double act are Mr and Mrs Johnson, the current occupants of 10 Downing Street, and things are really in one hell of a mess.

Mrs Johnson is well known for thinking she runs the government too, and it was her birthday cake idea that might well soon end the undistinguished career of her sociopathic husband. Let us remember she was also issued with a fixed penalty notice.

Boris Johnson, the UK Prime Minister is toast. He knows it. Larry the Downing Street cat knows it and Dilyn the dog knows it. It is simply a question of when he will be finally gone. The letters of no confidence from his own MPs are slowly mounting on the desk of the chairman of the 1922, which is the mechanism for triggering a leadership contest.

It only requires 15% of the parliamentary party (54) MPs before Sir Graham Brady is obliged to commence arrangements for a contest. Hovering over Mr Johnson’s head is a sign that reads “exit” and for the most obvious of reasons: you can’t be a lawmaker and a lawbreaker.

On the face of it, Mr Johnson’s offence might appear laughable. He and his staff at Downing Street stand accused of enjoying boozy parties inside the heart of government (where the most serious of decisions are made) while the rest of the British nation did what we were asked: made sacrifices and kept in a tight bubble and were unable to even visit dying relatives and loved ones as the pandemic was raging and taking countless lives.

This heaps hurt upon the offence caused by Allegra Stratton’s — the then Downing Street Press Secretary — infamous laughter during a “mock” press conference on how she should avoid answering questions by journalists if asked about “party gate”.

Downing Street takes none of this very seriously with ministers comparing this week these fixed penalty notices to that of a speeding fine. This is spurious. If one racks up enough consecutive such fines this leads to automatic disqualification from driving. Boris Johnson — from everything we know — is fine to be disqualified, and that is why he needs to be removed from office.

The rule of law is the most fundamental to our British way of life. Britain might be many things in this post-Brexit age, but it is not yet a “banana” republic, even though it most certainly is increasingly looking like one under Mr Johnson’s stewardship. Johnson clearly believes — the way that he acts suggests so — that he is not just above the law, but above the very people that elect him, too. It’s time that he is reminded that he is our servant and not us his. Tory MPs are (for a change) in step with public opinion and Boris Johnson is not.

This is the first time that a British Prime Minister has been referred to a parliamentary committee for deliberately misleading Parliament.

Another first came on the same day. The leader of the Scottish National Party in Westminster, Ian Blackford, rose to his feet in the Commons Chamber and called Johnson a liar. To be called a liar is “unparliamentary” language and against all the rules. However, most unusually, the Speaker of the House of Commons temporarily lifted this rule during the censure motion — for the first time in living memory — which availed Blackford the opportunity of speaking his truth. This was a significant moment — as significant as the uncontested vote itself — that has now referred Johnson for investigation.

Why does it matter?

It was also a new low in our national life, and why, you may ask, does this all matter? It matters because double standards at the top tend to corrupt the whole of public life. There is already evidence that it has done so.

Johnson’s government awarded PPE contracts to Tory donors without proper process. He had a private arrangement for the cost of the renovations to his Downing Street flat initially paid for by a Tory donor. His former senior adviser broke lockdown rules by driving more than 320km with his family to escape London when the rules disallowed the rest of us to leave our homes.

In September last year, Johnson set out his vision for beating Margaret Thatcher’s 11-year record, and so to become the longest-serving British prime minister of modern times. How quickly things can change in politics as today Johnson — rather sooner than he had expected — must now be weighing up for how much longer he can be called “The First Lord of The Treasury and Prime Minister”, to give him his full official titles.

Some have suggested he will be gone by the end of next month, but before he goes, Tory MPs will be weighing up some of the successes to his name before showing him the exit door.

Johnson won the last election with a 77-seat majority and the vaccine roll-out was judged to be highly effective by world standards. Johnson was also selected to replace the robotic and incompetent Theresa May because he had a plan for “getting Brexit done”. And he did. But all along, most MPs knew that Johnson wasn’t up to the demands required to be prime minister (he doesn’t do detail and is notoriously lazy), but they overlooked this in their eagerness to elect anyone with a plan for quitting the European Union.

However, now that he has achieved Brexit, many are wondering what is the point of Johnson? He appears to lack long-term vision and seemingly is happy to stumble from crisis to crisis. And matters won’t get better anytime soon for him or his government.

The metropolitan police have said they will make further announcements on more fixed penalty notices after 5 May. This will be following the May local elections where Conservative candidates are predicting wipe-out as they are trailing badly in all the national polls.

There is another yet unpublished report into Johnson’s conduct during lockdown by the senior civil servant, Sue Gray, and this is said to be very damning of the prime minister. This will be published following the conclusion of the police’s investigation. As if all this were not bad enough, there is the cost-of-living crisis — living standards are falling at their fastest rate in 70 years, and inflation now stands at a 20-year high. The Conservatives under Johnson have lost all claim to being the fiscally prudent party.

Conservatives traditionally are the low-tax party and admirer of wealth creators. Johnson’s government have increased taxes and he is on record as saying “fuck business”. There are even some that doubt Johnson’s conservative credentials. His taste for massive public spending projects and unleashing more money on the NHS without securing improved performance data is a calamitous record.

There are 360 Conservative Members of Parliament who are this weekend considering who can replace Johnson. In truth, the most obvious — Rishi Sunak, the chancellor, with dodgy tax arrangements and falling popularity — looks finished too. He will never again hold office as high as he does today, and the Foreign Secretary, Liz Truss, clearly doesn’t know how to start with the map the right way up, confusing one country with another.

The Tories are in a mess. A real mess. And the man once seen as a solution to electoral success is now the party’s biggest problem. He is now killing the party. Many think he is doing his best, but many more think his best is just not good enough.

If truth be known, the Tories should look outside of the cabinet towards someone that has stood steadfastly against incompetence and repeated abuses. The problem is, however, that not many have. Mark Harper is perhaps the party’s best hope. It’s time to be bold and it is most certainly time for change.

The original source of this article is Daily Maverick

Derek Laud is a former Tory speechwriter, a visiting professor at London South Bank University and Hon. Fellow at Lucy Cavendish College, at the University of Cambridge.

The Civilian Deaths You Haven’t Heard About