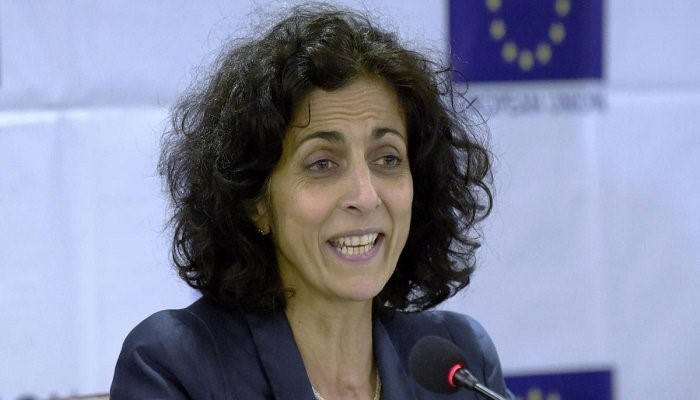 BRUSSELS: The European Union must talk about human rights in India before establishing broader economic ties with India in the form of the Free Trade Agreement (FTA), says Marie Arena, the chairperson of the EU Parliament’s committee on human rights.

She was briefing a joint meeting of the European Parliament Commission and the European External Action Service. She sharply criticised India’s human rights record.

Arena said the ruling Bharatiya Janata Party has sown the seeds of hatred in a multicultural society and arrested opponents on a large scale.

Arena also took to Twitter to highlight the human rights violations, saying that situation is deteriorating in India. “Freedom-killing laws are passed to limit the work of civil society and to exclude minorities from Indian society,” she wrote.

“The EU must demand that India respect its human rights obligations, which must be a precondition for any strengthening of economic relations, but also the release of prisoners of conscience, defenders as well as the cancellation freedom-killing laws,” she said.

“India must release all political prisoners and respect basic human rights,” she said, adding that there should be a local human rights dialogue at the EU-India Summit in Porto, Portugal in May, which is an integral part of last year’s Strategic Partnership Agreement.

FTA’s terms include human rights and the United Nations has published two reports on human rights violations in Kashmir. Amnesty International and other organisations have reiterated their demands for the protection of minorities in India.

All these questions must be answered before the May summit in Portugal, Arena said.

Her full speech can be heard here.

Human Rights Watch, International Federation of Human Rights, Amnesty International have written letters to the European Council, the Commission and the Ministry of Foreign Affairs, EEAS, seeking a response from India on human rights.

Efforts were made in December, shortly after the Strategic Partnership Agreement between EU and India to secure human rights guarantees before the FTA agreement, before the May summit, to persuade India and the EU under the same pressure.

A number of events have been organised by India to satisfied EU. The recent EU ambassador was taken to Srinagar and Jammu to show a “normal” picture of Kashmir.

The Modi government’s notorious legislation and violence have tarnished India’s democratic image to such an extent that the head of the European Parliament’s Human Rights Committee has likened some of the government’s actions to fascism.