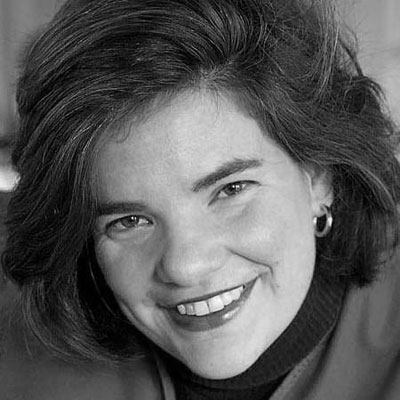 The euphoria of a Biden win has been quickly tempered by growing concerns over his cabinet picks that suggest a foreign policy where the US will seek to dominate more than co-operate.

President-elect Joe Biden recently said: “The US should sit at the head of the table.” If that is the trajectory that the Biden-Harris team seeks, it will be a grave mistake.

The politics of arrogance has characterised decades of US foreign policy making and it has made the US many enemies. No country should assume that they are superior to all others and should, therefore, assume the right to preside over them at the head of the table. As Dr Martin Luther King once said: “Instead of us trying to dominate the world, we should show solidarity with it.” That approach would take the US much further.

In a world in which extremist non-state actors continue to proliferate and push back against US hegemony, a foreign policy that seeks to dominate will serve only to suck the US into more endless wars and counter-terrorism operations. Sadly, that may be precisely what some of Biden’s advisers and cabinet members want, given their close connections to the US military-industrial complex.

While some have praised Biden’s pick for Secretary of State Antony Blinken, given his stated commitment to human rights and humanitarian intervention, this has often been used by Democrats in the White House as a pretext to justify war.

Former president Barack Obama had effectively packaged and sold US wars to the American people and the Europeans, in effect prolonging the wars indefinitely. The war in Afghanistan was marketed as a humanitarian project to help people, rather than what it really was – a geo-strategic effort to control the region and its resources. It was the Obama-Biden team which oversaw the US military intervention in Libya and Yemen, and supported the coup in Honduras.

Biden defended the wars as he did the invasion of Iraq in 2003. It was Biden and his soon-to-be Secretary of State Blinken who developed a proposal to partition Iraq into three regions, based on ethnic and sectarian divisions – the classic recipe for divide and rule.

On the campaign trail, Biden said he wants to end the US’s “forever wars” and that he was against the war in Yemen. But, at the same time, he published an editorial he co-authored with neo-conservative Robert Kagan which says that the problem with the war in Iraq was not the war itself but its poor execution. After 17 years of chaos and bloodshed in Iraq, emanating from the US military intervention based on non-existent intelligence, it is very rich to say that the US intervention was justified. Two terms of the Obama administration did not help to stabilise Iraq. Instead, it left the Iraqis to defend themselves against the Islamic State which took advantage of the chaotic nature of the state and terrorised its people.

Blinken is seen by many on the left as particularly problematic to spearhead US foreign policy, given his symbiotic relationship with corporations seeking military contracts. Blinken was the co-founder of West Exec, a secretive consulting firm that sought out contracts for the Pentagon from companies. Blinken personally profited from negotiating contracts between corporations and the Pentagon. This is what is referred to as the revolving door of the military-industrial complex. Avril Haines, who is the nominee for Director of Intelligence, was one of the advisers to West Exec, which operated under the motto “bringing the Situation Room to the Board Room.” Haines is considered a hawk by those on the left, considered infamous for authoring the drone playbook that normalised targeted assassinations.

Last week, in his most recent commentary on the future trajectory of US foreign policy, Biden said China must play by international rules and norms. But will the US do the same in a marked departure from its past behaviour on the global stage?

Will the US end its escalating drone-warfare programme that violates international law and has killed thousands of civilians? Will it end its use of torture, close Guantanmo Bay, and put an end to renditions that violate every human rights law in existence? Will the US stop supplying the Saudi-led coalition with arms and intelligence to prosecute its war against the people of Yemen, many of whom face starvation? Will the incoming Biden administration stop trying to dictate who should govern Latin American countries and attempting to destabilise governments with leftist agendas? Will Biden lead by example and end the grossly unjust economic embargo of Cuba and enable the country to trade internationally without US sanction, have access to essential medicines, and open trade and tourism with the island nation?

If the Biden team cannot answer in the affirmative to all the above, it has no right to lecture China or any other country on their adherence to international rules and norms. And the US will not deserve any prominence in global decision making.

The article first appeared on IOL