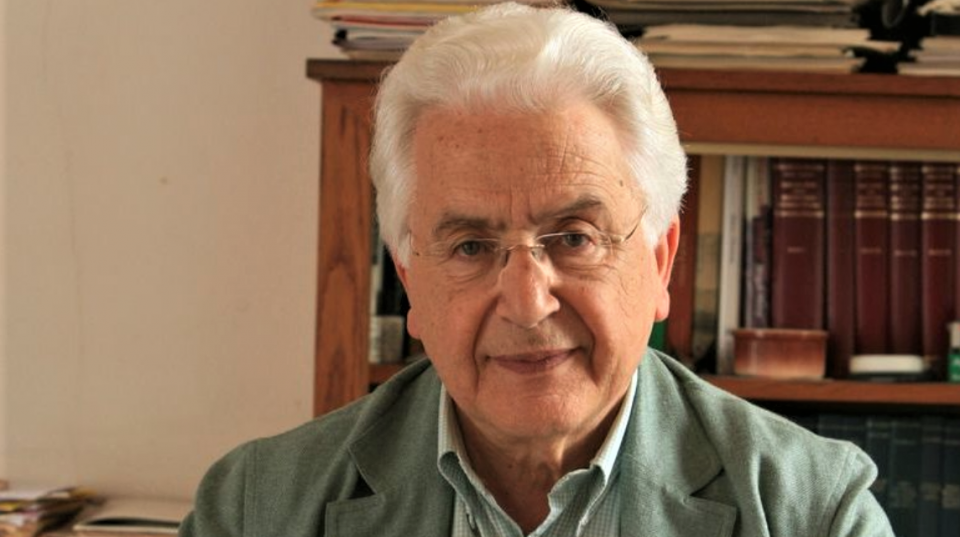 Mohammed Arkoun was an Algerian thinker and academic

Mohammed Arkoun was an Algerian thinker and academic. Ten years after his death, he is still considered one of the most influential, yet controversial, figures in philosophy and contemporary Islamic studies.

Professor Arkoun was born in 1928 in the small town of Taourirt-Mimoun in Grande Kabylie, Algeria. A few years after his birth, his family moved to Ain al-Arba’a, east of Oran, where his father owned a shop. Ain al-Arba’a was a wealthy town populated by French settlers, and this environment would have a profound influence on the young Arkoun.

After completing primary school, Arkoun attended a school in Oran run by Les Pères Blancs, a Christian missionary group active in North Africa. His father wanted him to stop his schooling in order to work, but Arkoun was determined to study. With the help of a sympathetic uncle, Arkoun finished high school and went on to attend university in Algiers and the Sorbonne in Paris, where he studied Arabic-language literature and obtained his doctoral degree in 1968. His dissertation focused on the Islamic ethicist Ibn Miskawayh and presented an argument in favor of Arab humanism.

Arkoun’s dissertation focused on the Islamic ethicist Ibn Miskawayh and presented an argument in favor of Arab humanism.

Arkoun occupied several prominent academic positions. He was a professor at the Lumière University Lyon 2 (1969-1972), the University of Paris 8, and the Sorbonne Nouvelle University. He held a fellowship at Wissenschaftskolleg in Berlin (1986-87 and 1990) and the Institute of Advanced Studies in Princeton in the United States (1992-93). He was a visiting professor in the U.K., U.S., Italy, Belgium, Germany and other countries.

In 2001, he was the recipient of the 17th Giorgio Levi Della Vida Award for his lifelong contributions to the field of Islamic Studies. In 2002, he was a member of the international jury of the UNESCO prize for the promotion of peace.

At the time of his death in 2010, he was an Emeritus Professor at the Sorbonne University and Senior Research Fellow of the Institute of Ismaili studies.

Like many of his contemporaries, Arkoun was preoccupied with burning questions regarding the Arab Awakening, or Renaissance, and how Arab-Islamic civilization had arrived at its current state of stagnation and cultural isolationism. While Mohamed Abed Al-Jabri, for instance, chose to deconstruct and understand the idea of Arab Reason, Arkoun’s focus of study moved toward a critique of Islamic Reason.

The decision to rethink traditional Islamic theology did not set Arkoun apart from his fellow Islamic scholars, but it was his primary intellectual undertaking and one he approached from a unique perspective. Arguing for the importance of developing an understanding of religious texts in light of the latest findings in modern social and human sciences, Arkoun sought to free Islamic reason from the “cultural enclosure” and “official closed corpus” with which it has been shackled and stuck due to the prevailing hegemonic orthodoxy following the death of Averroes.

Arkoun also called for a comparative study of the three monotheistic religions’ holy books to develop alternative reading of the texts, opening the door to plurality. He wished to “indicate a general direction of thinking and the main conditions necessary to practice an ijtihad [the intellectual effort required to find adequate answers] recognized equally by Muslims and modern scholars.”

Arkoun was not only a pioneering critic of traditional Islamic theology, but he was also a critic of orientalism. Alternatively, he proposed the notion of Applied Islamology as a sort of epistemological rupture that aims, first, to provide a new reading of Islamic texts without interfering with previously defined interpretations, and, second, to historicize contemporary Muslim discourse in order to unveil its ideological nature.

Arkoun was also a critic of orientalism.

Mohammed Arkoun died ten years ago, on September 14, 2010. In accordance with his wishes, he was buried in Casablanca, Morocco, the city he chose to reside in following his retirement in 1995.

As to why he chose to be buried in Morocco instead of his native Algeria, Abdellatif Fatheddine, a professor of philosophy in Casablanca, claims Arkoun’s long personal history there (in addition to retiring in Morocco, he was also married to a Moroccan woman) was a primary motivation. Fatheddine also suggests that Arkoun’s love of Morocco and his dream of a unified Maghreb played into the decision of his final resting place.

Biden should not seek US dominance