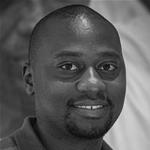 If you live in a township, make a living in the informal sector, or travel on a crowded bus, how do you self-quarantine?

The COVID-19 pandemic has already permeated all aspects of life.

While optimists hope it will force us to rethink inequality and global access to healthcare, the realists believe the net effect of the pandemic will be to further entrench the divides that already exist.

In Africa, the crisis has not yet reached epic proportions. But the cracks caused by existing inequalities are already showing.

In South Africa – which declared a national state of disaster because of the pandemic last week – the working classes are navigating how to avoid contamination on cramped public transport on their way to meagre-paying jobs that often only help them live hand-to-mouth, while the more affluent classes empty large chain stores to stockpile as much food and toilet paper as they can.

In South Africa, the government only declared a disaster after more than 60 cases appeared. But Rwanda and Kenya declared decisive measures – including travel restrictions and bans on public gatherings – just after the first positive case was reported.

The option of closing borders to deal with the crisis, which some countries have already adopted, is undoubtedly a vexed one. South Africa, for example, has said it will build a 40km (25 miles) fence along its border with Zimbabwe. Although closing borders contributes positively to the social distancing recommended by the World Health Organization (WHO), the question is how practical such a measure will be for African countries.

National borders were arbitrarily drawn during the colonial era and, for many communities living along these boundaries, they exist only in theory. We see them on Google maps. But trade and family ties have been established since way before colonialism – and they endure. It may be possible to close an official border post, but so-called “irregular crossing points” – dotted across hundreds of kilometres and even over rivers and lakes – abound.

As we saw in the West Africa Ebola outbreak – where the first case was recorded in Guinea before spreading to Liberia and Sierra Leone – and the cholera outbreaks that began in Zimbabwe before spreading to South Africa, Botswana and Mozambique, diseases can easily spread across these essentially imaginary lines that nation-states carve out.

COVID-19 is not novel in this sense.

The myth of self-isolation

Knowing the realities on the ground, it is curious that the WHO and ministries of health in different African countries are recommending that people self-quarantine if they could have been exposed to the coronavirus. In Rwanda, for example, a man travelling from the US has potentially infected his wife and brother, accounting for three of the seven cases. Which raises the question: how are people in shared accommodation expected to self isolate?

Slums and informal settlements are also part of the physical infrastructures of many African cities. All of them were overcrowded and lacked services even before the threat of a global health crisis emerged.

Think of Alexandra in Johannesburg, where over 700,000 people are estimated to live in less than 5 square kilometres (1.9 square miles), Mbare in Harare with some 800,000 people, Kibera in Nairobi with at least 250,000, and Makoko in Lagos with over 300,000 whose homes are built on stilts in a lagoon.

Our big cities also pose a conundrum to people who must commute to work. Anyone who has been stuck in a traffic jam in a “matatu” (bus) in Nairobi or in a taxi in Johannesburg – often filled with 12 to 14 people – knows too well that the idea of social distancing on your way to work is a myth.

Not only are these overcrowded, but the commute and queues to use them require significant amounts of time that could potentially expose more people to the coronavirus.

No choice to ‘work from home’

It is more practical for people who work in offices to “work from home” but if your only means of livelihood is selling tomatoes or second-hand clothes at an informal market in a big city, how do you begin to do this “online”?

The choice before you is often to stay home and fail to provide the evening meal for your family, or to brave it out into the city and try and fend for your family. If I was that person selling at a market, I know what choice I would make. It is not social distancing.

For those concerned about the risk of exposure to the virus, the WHO recommends self-quarantining. This has so far included advice for people not to share bathrooms, living space and even bedrooms, if they can. But what if you live in a house where the bedroom doubles as a kitchen and living space – all shared with your (sometimes extended) family? Such recommendations are even more absurd if your source of water is a community tap or borehole, or if your toilet is one you share with a dozen other families. For many people forced to live on the margins of our societies, this is unfortunately a reality.

Even in the well-to-do parts of many African cities, getting access to water is a challenge. Harare’s taps have been nearly dry for almost 10 years now – and yet we recommend that residents not only self-isolate but also regularly wash their hands.

With coronavirus on our doorsteps, suddenly the importance of access to water is staring all of us in the face. But the governments and the WHO giving advice know only too well the conditions and challenges these communities have always faced.

A lot has been said about the health systems of many African countries and how they would struggle to cope with a fast-spreading virus like the coronavirus. Indeed, after many years of conflict, in countries like South Sudan and Somalia, the health system has almost collapsed.

In some countries around the Sahel – Niger, Burkina Faso and Mali – people continue to be displaced by conflict and live in squalid conditions in displaced peoples’ camps. Even in countries not in conflict, like Uganda and Zimbabwe, structural adjustment programmes proffered by the International Monetary Fund (IMF) and the World Bank have seen a continuous decrease in funding available for healthcare. The Abuja declaration of 2001, requiring each country to set aside at least 15 percent of its national budget for healthcare, is still gathering dust in health authorities’ offices. None of the parties to the declaration has managed to achieve its goals.

It clearly does not require a pandemic to expose the gaps in the health system. If developed systems like in northern Italy can buckle under pressure from COVID-19, one can only imagine the impact this will have on front-line health staff who are without adequate training, protective equipment and even basic drugs.

No one knows how the pandemic will spread across Africa. But we know it is a matter of time. One can not help but wonder if it is not time for African governments, with support from the WHO, to develop recommendations that take all these environmental conditions into account.

Social distancing could probably work in China and in Europe – but in many African countries, it is a privilege only a minority can afford.

The WHO has done well since the onset of the outbreak to provide leadership and access to information about a virus that virtually nothing was known about just several weeks ago. But now, more must be done to reimagine our governance systems, especially because healthcare is intrinsically linked to everything else.

And in Africa – likely the next battlefield for the virus – tackling COVID-19 will need more imagination and alternative solutions from all of us.