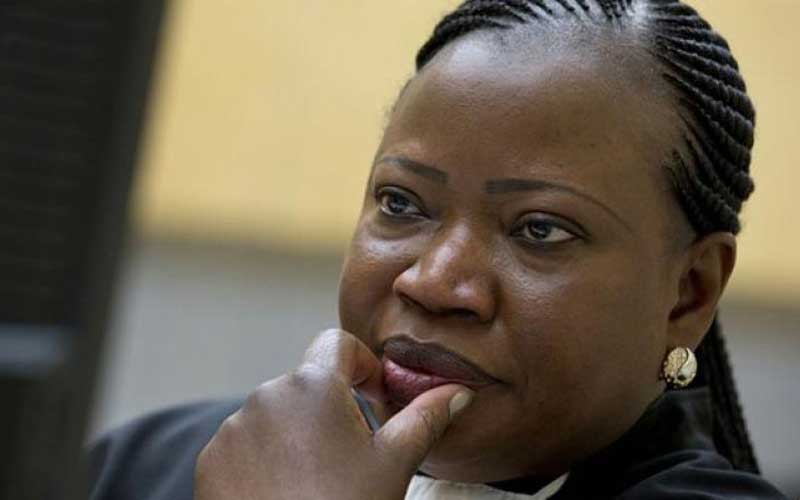 The office of the ICC prosecutor made the request yesterday after a third accused, lawyer Paul Gicheru, turned himself in to Dutch police on Sunday.

Gambian-born chief prosecutor Fatou Bensouda in a statement said she “welcomed the news” of Mr Gicheru’s surrender and wanted Kenya to facilitate the arrest of the two remaining suspects.

Bensouda was making reference to Mr Walter Barasa and Mr Philip Bett who alongside Mr Gicheru are facing charges of allegedly bribing six prosecution witnesses to recant their statements.

In the case, Mr Ruto and journalist Joshua Sang were charged with fomenting violence after the 2007 elections that left some 1,200 people dead and over 600,000 displaced. The case collapsed four years ago.

“The integrity of witnesses is essential for the court’s determination of the truth,” said Ms Bensouda, “my office is committed to investigating and prosecuting individuals who attempt to pervert the course of justice by interfering with ICC witnesses.”

ICC judges issued a warrant of arrest against Mr Gicheru and Mr Bett on March 10, 2015 for offering bribes to six witnesses.

Subscribe to our newsletter and stay updated on the latest developments and special offers!

Mr Gicheru is in particular accused of coordinating the meddling. According to the ICC, he oversaw commitment agreements with the corrupted witnesses and arranged how they would withdraw their complaints against the accused. Thereafter, he would allegedly hand in the agreed pay.

Mr Bett allegedly served as the link between the lawyer and the witnesses.

An arrest warrant was issued on August 2, 2013 against Mr Barasa on account of interfering with three ICC witnesses.

“Interfering with the attendance or testimony of ICC witnesses, or retaliating against them are serious crimes under Article 70 of the Rome Statute,” said Ms Bensouda.

Both Mr Bett and Mr Barasa are not in custody. They have contested their extradition in a Kenyan court.

Bensouda now wants Kenyan authorities to facilitate their surrender to The Hague-based court “so that their guilt or innocence on the charges against them may be determined in a court of law.”

Judicial proceedings will follow in accordance with the requirements of the Rome Statute, and with full respect for the due process rights of the suspect, explained Bensouda.

She added that the arrest warrants underscored her unwavering commitment to using measures available to her to ensure the integrity of the court’s proceedings.

While judges ruled that Mr Ruto and Mr Sang had no case to answer, they left the possibility of fresh charges, noted the case had been marred by political interference and involved publishing witnesses’ names and giving money.

According to the ICC, Mr Gicheru – who is in their custody – is expected to make the first appearance before the court on Friday.

During the first appearance, the Pre-Trial Chamber confirms the identity of the suspect, ensures that the suspect understands the charges, confirms the language in which the proceedings should be conducted, and sets a date to begin the confirmation of charges hearing.