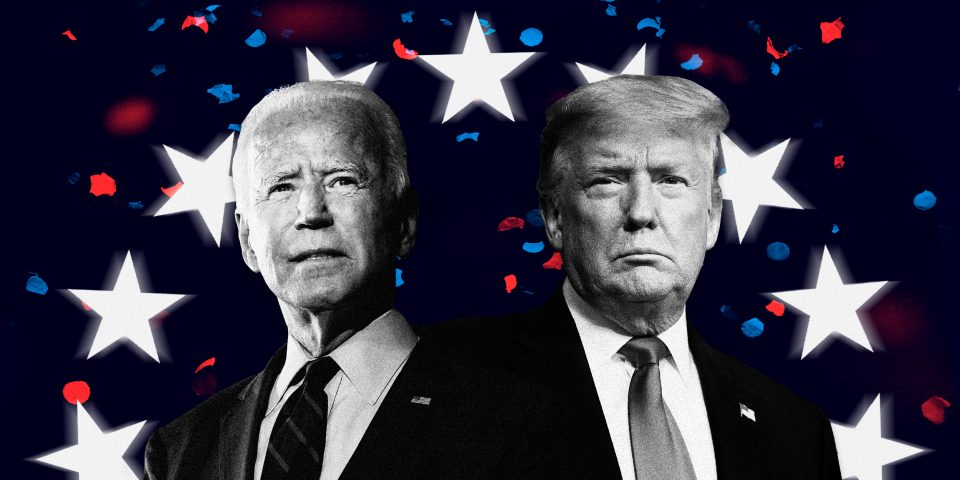 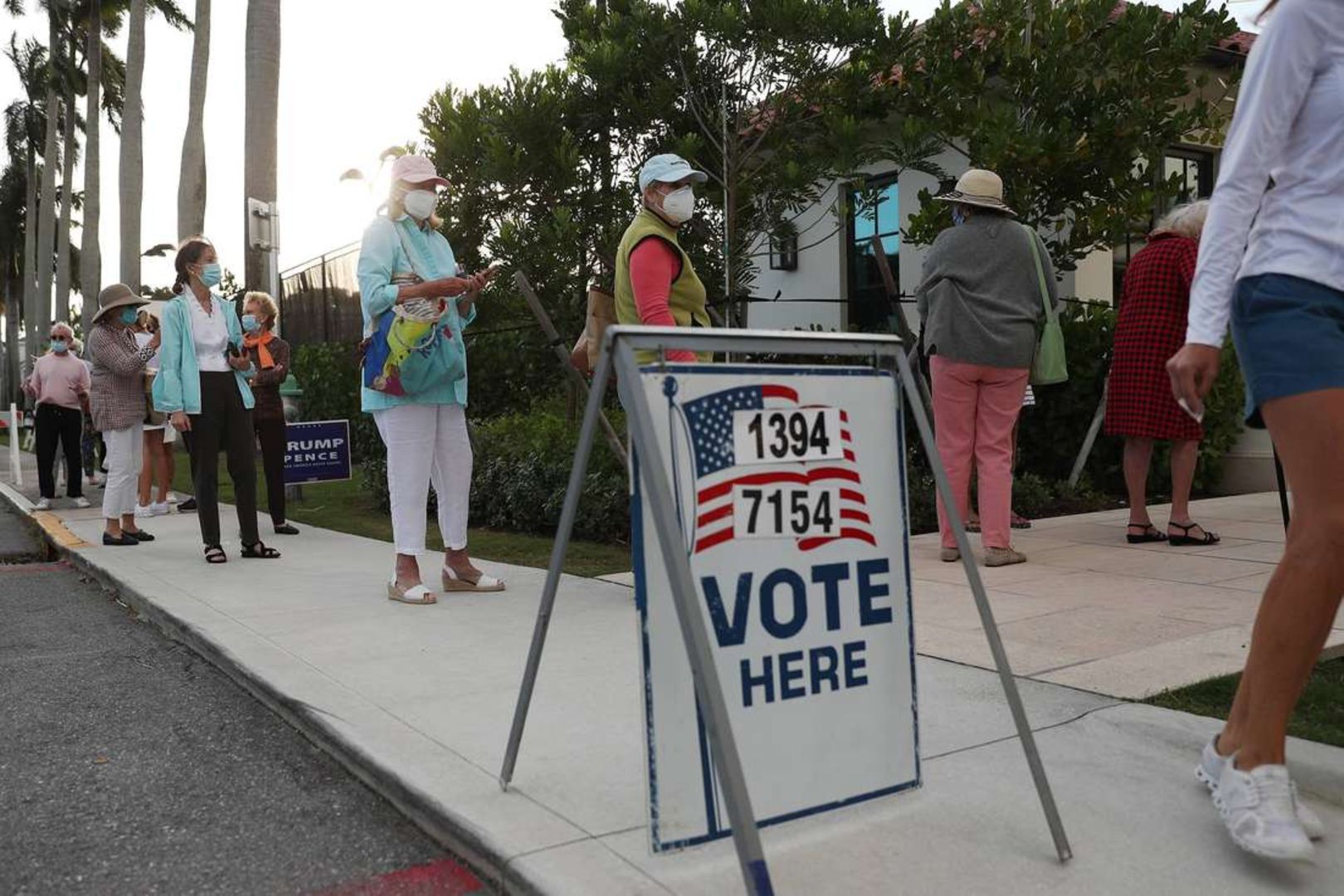 People stand in line to vote at the Morton and Barbara Mandel Recreation Center on November 03, 2020 in Palm Beach, Florida.

As it stands, there are five states still left uncalled, including major prizes such as Pennsylvania, and key small state Nevada – meaning both Trump and Biden still have a path to victory.

US media outlets have projected wins for the Republican incumbent in 23 states including big prizes Florida and Texas, as well as Indiana, Kentucky, Missouri and Ohio – all states he won in 2016.

Biden has captured 22 states including his home state Delaware and big prizes California and New York, as well as the US capital.

The former vice president has flipped three states won by Trump in 2016 – Arizona, Michigan and Wisconsin.
Nebraska split its electoral votes between the two – four for Trump and one for Biden. Maine was won by Biden, but he seized only three of the four electoral votes on offer, with the last allocated to Trump.

The magic number of electoral votes is 270. If Biden were to win in Nevada, he would in theory have the necessary 270.

The following is a list of the states won by each candidate and the corresponding number of electoral votes, based on the projections of US media including CNN, Fox News, MSNBC/NBC News, ABC, CBS and The New York Times.

In the case of Arizona, AFP used the projection made by the Associated Press.