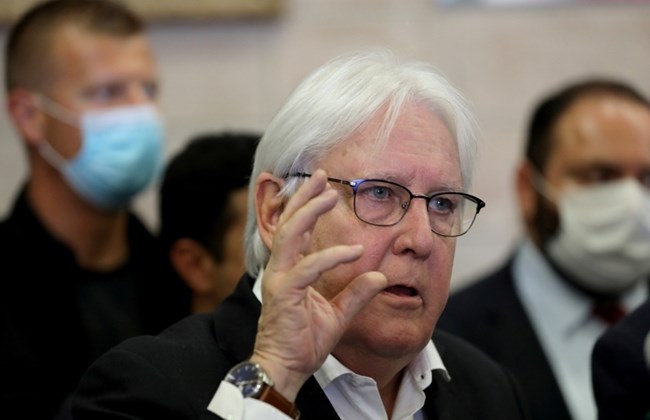 UNITED NATIONS: The outgoing United Nations envoy for Yemen told the Security Council on Tuesday that his efforts to end the country’s deadly war had failed, expressing his “deep regret.”

“The parties to the conflict need to be courageous enough and willing to choose (the path of a political settlement) over the continuation of the conflict,” said Martin Griffiths.

“Over the past three years of my assignment on Yemen, we have put together many opportunities to the parties, but in vain.”

Griffiths was named in May to be the next under-secretary-general for humanitarian affairs, the UN’s humanitarian chief.

His successor has not yet been named. Three candidates, from Britain, Sweden and Japan, are in the running, according to diplomats.

“A mediator is not responsible for the war, nor for the peace,” he said. “His privilege is to present to the parties the ways the war can end.

“It is with deep regret that I report today that the parties have not overcome their differences.”

Yemen has been left devastated by a civil war between the Saudi-backed government and the Iran-backed Huthi since 2014, and millions of civilians are on the brink of famine.

“We have offered different solutions to bridge (the government and Huthi) positions. Unfortunately, none of these suggestions have been accepted by the parties,” Griffiths said.

“I hope that the efforts undertaken by Oman and others following my own visits to Sanaa and Riyadh will bear fruit.”