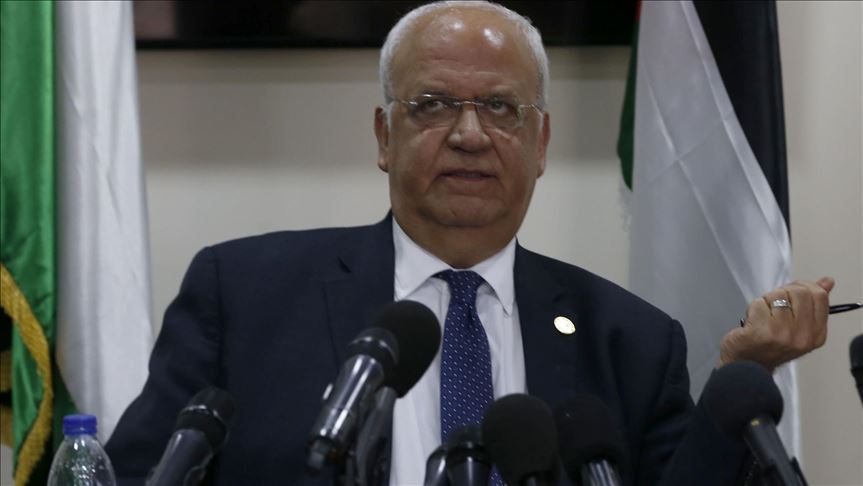 The Palestine Liberation Organization (PLO) called Tuesday on the Arab League’s secretary-general to immediately resign, saying he has “lost all credibility and trust” due to his praise for the United Arab Emirates (UAE) and Bahrain’s normalization deals with Israel.

Saeb Erekat, secretary-general of the PLO’s Executive Committee, told a Palestinian TV station that he met with the ambassadors of Jordan, Egypt, Morocco and Tunisia.

“I spoke with the ambassadors that Bahrain and the United Arab Emirates’ deals are against the agreements of the Arab League, whose secretary-general is Ahmed Aboul Gheit, the Arab League summit resolutions and the Arab Peace Initiative,” Erekat said.

Underlining that Gheit tried to legalize the normalization agreements, Erekat said it paved the way for Arab countries to normalize unrequitedly with Israel.

Gheit lost his credibility and could not be the secretary general of the Arab League, Erekat said, adding he must immediately resign from this post.

On Sept. 22, Palestinian Foreign Minister Riyad al-Maliki said his country decided to renounce the term presidency of the Arab League in response to the normalization of the Gulf countries with Israel.

On Sept. 15, the UAE and Bahrain signed US-brokered normalization agreements with Israel at the White House, ignoring the Palestinian rejection.