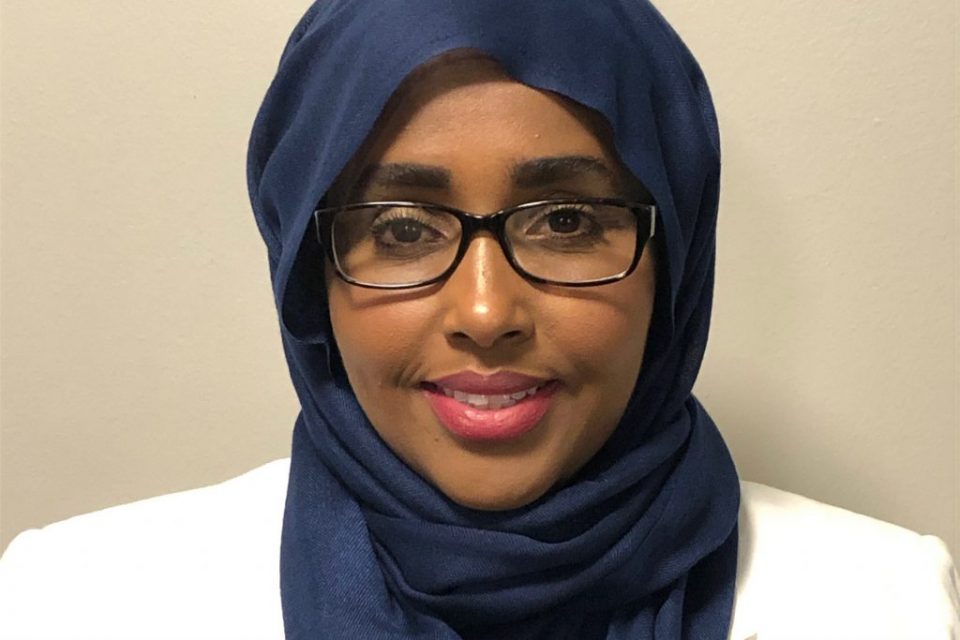 Anisa Hajimumin, an entrepreneur and activist who has focused on advocating for refugees and immigrants since coming to Minnesota more than two decades ago, has been named to lead a new state office that will help immigrants and refugees find work or start their own businesses.

Anisa will collaborate across state agencies to remove structural barriers in health, housing, transportation and education. For the next year, she will focus on how the COVID-19 pandemic has affected immigrant and refugee communities in the state.

“Particularly right now,” Anisa said, “we really need to get out there and help communities, acknowledge what’s happening and listen to their issues.”

Anisa’s position is housed under the Department of Employment and Economic Development (DEED), and she will work closely with the department’s deputy commissioner, Hamse Warfa. Anisa will help employers hire and retain immigrant workers to boost the economic potential of Minnesota’s new Americans.

As Minnesota’s overall labor force growth slowed, the number of immigrant workers in the state increased by 33% from 2010 to 2018, DEED reported in February, when the agency began searching for a candidate.

“We’re going to be uniquely positioned as one of the first states that has dedicated efforts for inclusion at a state level,” Hamse said.

Hamse assisted Walz in coordinating listening sessions with immigrant communities last year. They concluded that Minnesota needed a leader who exclusively works to remove economic barriers for immigrants and refugees. Immigrants often split their time working a day job, and then putting in extra hours volunteering to help their communities.

Now, Hamse said the state will have a leader dedicated to employment and economic growth for immigrants and refugees in Minnesota. States like Michigan, Wisconsin, Nevada, Michigan and New Jersey are heading a similar effort.

“When you talk about workforce development there’s a lot of adjacent issues — housing, transportation, education and so forth,” Hamse said. “This is an effort to remove the structural barriers that immigrants are experiencing.”

According to Hamse, Anisa was a unique candidate for this position because of her experience across agencies.

Anisa immigrated to Minnesota from Somalia in 1996, and has founded two businesses providing technical assistance for immigrant business owners.

In 2014, Anisa returned to Somalia and served as the minister of women, development and family affairs for the Puntland region. She facilitated the passage of a bill to prosecute sexual offenders, the first of its kind in Somalia. Under her leadership, Somalia was also the first African country to sign on to a campaign to end female genital mutilation. Anisa has collaborated with the United Nations and World Bank during her work abroad.

“I knew even more about the [Somali] community and what they were going through,” Anisa said after she returned to the United States. “That’s what really brought me to this point, where I wanted to be a part of a system.”

Anisa received her master’s in public administration from Hamline University. She also has a bachelor’s in gender studies and creative writing from Metropolitan State University.

“My ultimate goal is really to collaborate with state agencies, stakeholders and policymakers and to be able to address the issues,” Anisa said.

“There are a lot of obstacles ahead, but also I’m very optimistic.”

The position is supported by a grant from the governor’s office and the Department of Employment and Economic Development.

Hibah Ansari is a corps member with Report for America, a national service program that places journalists into local newsrooms.

US doctors plead for more equipment