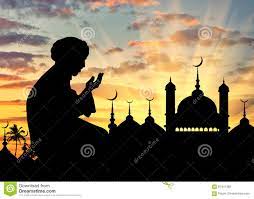 Despite the superficial growth rate, the Muslim world has never been more dysfunctional and more incompetent- politically, economically, socially, and spiritually. I know it is painful; but we must be a good mirror to one another. It is the prophetic model without which introspection and transformation are virtually impossible.

Aside from abandonment of the tradition of reading and writing that propelled the Islamic civilization, no other factor fueled said dysfunctionality and subsequent incompetence more than our abandonment of being ‘upholders of justice and witnesses to the truth’ for the sake of Al-Haqq (The Ultimate Truth). There are various reasons that led to such abandonment and they are encapsulated in these three categories:

The first is al-assabiyyah which is extremely emotional attachment or blind fixation on certain identities or ideologies; Second is self-interest or a material-based extrinsic rewards offered by those in power; third is being a subjective promoter of one political agenda or another.

Against that backdrop, let us assess the two venomously dichotomous narratives promoted by the Sunni Muslims and the Shi’i Muslims regarding Youm Ashura’- Day of Ashura’.

The 10th day of the sacred month of Muharram which is the first month of the lunar Islamic calendar is, ironically, the most controversial day of the year. This year it coincides with Monday August 8, 2022 of the AD calendar.

To the Sunni Muslims, as narrated by Abdullah Ibn Abbas (RA) who was one of the great companion and the cousin of Prophet Muhammad (PBUH), when the Prophet migrated and settled in Medinah, he noticed that the Jews in that city were fasting. When he inquired about the occasion, he was informed it was the day when Allah (God) helped Prophet Moses (AS) to liberate the children of Israel out of the brutality of Pharaoh’s oppression. Hence it was a day of rejoice and gratitude.

Then, in an expression of solidarity with the oppressed and expression of gratitude toward The Almighty whose grace and blessings could never be enumerated, Prophet Muhammad joined the Jews of Medinah in fasting. And that became obligatory fasting upon all Muslims till the verses that command them to fast of the month of Ramadan were revealed. After that revelation, the fasting of that holy day or Ashura’ became a voluntary act of worship or a sunnah.

To the Shi’a Muslims, Youm Ashura’ is a day of profound agony, mourning and tormenting lamentation for the sadistic murder of Prophet Muhammad’s beloved grandson, Imam Al Hussain Ibn Ali Ibn Abu Talib (AS) and 70 of his immediate and extended family.

As prophesied by Prophet Muhammad, this horrific tragedy came to pass 50 years after his death. It took place at the very location where it was meant to be, Karbala- a settlement or village whose name derives from two Arabic words that mean extreme grief and calamity (karb wa bala’).

Key Events That Led To The Horror

When the Caliph Mu’awiyah Bin Abi Sufyan got ill, he, in what was a clear violation of his oath to re-institute the consultation-based selection process that entrusts leadership authority based on individual piety, he opted to exercise an un-Islamic practice of unilateral appointment. He appointed his son Yazid as his successor.

Many including Imam Al Hussain rejected to extend their hands and take bay’ah (symbol of consent and endorsement) with Yazid who was considered corrupt, clueless religiously, and ruthless by those companions who were still living in his time and almost all historians and religious scholars who assessed his character ever since.

Yazid ordered his army to acquire consent from Al Hussain by any means necessary. And when Yazid heard that Imam Al Hussain received a caravan full of letters from tribal leaders of Kufa (in present day Iraq) urging him to come and help them preserve the Islam taught by Prophet Muhammad, Yazid dispatched his most ruthless General—Ubaydullah Ibn Ziyad— to take over the governorship of Kufa and mobilize a 2000 men army to stop Al Hussain before reaching the city.

The army found Al Hussain with his family and a few dozen men at Karbala . They besieged Prophet Muhammad’s family whose youngest member was 6 month old baby. They tortured them under the scorching sun by denying them any access to water or food. Though Al Hussain and many of the adults were fasting on that day, the cries of the children were heart-piercing and emotionally tormenting. But that was not enough for the vicious commander and his army; they massacred them in the most horrific way imaginable.

Al Hussain was hit with over 100 shots of spears, arrows, and swords. They decapitated his head and let their horses march over his decapitated body. His head was placed on a tip of a spear and was carried back to Kufa as a trophy. Only the women, including Al Hussain sister Zainab Bint Ali, survived. And so has one of Al Hussain’s sons Ali Ibn Al Hussain. The young boy survived because he was ill and he was being nursed by his aunt in the women’s tent. He became the Imam Zainul Abidin (AS) who is beloved by Sunnis and Shi’is alike.

Though neither Sunnis nor Shi’is deny these two narratives, they became over the years venomously weaponized against one another. Most Sunni scholars preach that that dark chapter in the Islamic history must be forgotten. Only the original Youm Ashura’ should be remembered. Finding that extremely offensive, most of the Shi’i scholars preach that defending Ahlul-Bait (Prophet Muhammad’s family) is an Islamic obligation. If we could not defend the lives and honor of his family , we should at least express our unwavering love by condemning those who committed that gruesome crime and those who have been cursing them from mosque pulpits for a century- The Umayyad dynasty and its blind loyalists.

Is The Ummah Condemned to Stay On Course?

What we need is an apolitical and unapologetically truthful account that is solely intended to commemorate that day for what it is. And that would require willingness of Sunnis and Shi’is to accurately tell both versions without any hyperbole or venomous disinformation to collectively demonize the other side.

Along with Dhul-Qa’idah, Dhul-Hijjah, and Rajab this month is one of the 4 sacred months in the Islamic calendar when wars and any other forms of transgressions are doubly forbidden. Likewise, doing good in these sacred months are doubly rewarded, and are most beloved to Allah (SWT).

We need to cultivate a new generation whose faith transcends all politics and blind loyalties. We need truth-bearers and sincere advocates of justice. Allah SWT says “O’ you people of faith be steadfast for Allah’s sake and bear witness with the highest standard of justice (bi alqist).” [Qur’an 5:8] He also said “And when you testify do it justly.” [Qur’an 6:152]

In that spirit, we should be telling these two narratives in the way they occurred. We should not be making excuses for the likes of Yazid and their company of criminals. We should neither equivocate nor disingenuously conceal the moral character of Imam Al Hussain. And we should never, as some Sunni scholars do, project him as an imprudent, stubborn, quick tempered who was driven by worldly power. We should be teaching the moral character of Al Hussain; his commitment and courage to preserve Islam and pursue what was right and just at any cost. That certainly is the prophetic model. Compare that to his killer, the power-obsessed desperado who conducted his life as though he will never meet The Judge of all judges.

“Hussain is part of me and I am part of him. May Allah love whoever loves Hussain,” said Prophet Muhammad PBUH. Though a Sunni (like myself) may easily dismiss this as a Shiah insertion to elevate the moral importance of Al Hussain, with a simple fact check one would discover that this, ironically, is an authentic Hadith even within the Sunnah tradition. So if that is the case, why is it that we seldom hear this and many other Hadiths that attest to the moral nobility of Al Hussain and other Ahlul Bait (Prophet Muhammad’s family) in our Sunni khutbas (sermons) and lectures?

Granted there are some within the Shia and the Sufi traditions that elevate the Prophet’s family to a blasphemous level that approach beingin partnership with Allah, or claim that they are wholly infallible; but what is the real cause of our phobia against Ahlul Bait?

Any objective student of Islam (formal or informal) who searches across the rich scholarly materials of the classic scholars would come to see how by and large Banu Ummayyah—the tribe that Yazid hails from— espoused mortal hatred towards Banu Hashim—the tribe which Prophet Muhammad and Al Hussain—hailed from. The former was the umbrella tribe Quraish’s jewl of honor, wealth, and power before Islam. Naturally, the tables turned against them when Prophet Muhammad started to call people to Islam. Allah said “Verily, the most noble among you is the one who is most pious.” [Qur’an 49:13]

So, piety became the sole yardstick of nobility. With that in mind it is not so difficult to see why Banu Ummayyah tried the century that they were in power to do whatever they could to stain the Prophet’s immediate family and ultimately attempt to ethnically cleanse them?

As a Sunni who is likely to be accused of turning into Shi’i or a Rafidhi (rejectionist), I would conclude with two lines from the immortal words of Imam Shafi’ in one of his famous poems attributed to Prophet Muhammad and his family:

If the love of Muhammad was my ‘sin’/

of that sin, I shall never repent/

If you consider rejection to love the family of Muhammad/

Let the humans and spirits bear witness: I am a rejectionist.

* This story was first published in Eurasia Review

Is there a paradigm shift in US/Africa relations? The answer seems to be yes