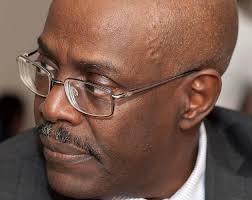 The COVID-19 pandemic has exposed the truth of racism in China that had been overshadowed for years by the hyperactive business dealings with the African continent.
China’s long-reported racist character came to the fore as natives of Guangzhou launched frenzied attacks on Africans, a display of anti-African racism on the scale of Apartheid South Africa or the segregationist southern US.
The trigger was the identification of coronavirus infections among a few Africans who had recently arrived in China. The spectacle of Chinese people accusing Africans of bringing the new coronavirus into their midst was silly to the extreme.

Their temporary amnesia for the original source of the virus in Wuhan was enabled by their reflex prejudice towards Africans. COVID-19 was simply an excuse for the Chinese racist crowd to vent their frustration at a race they despised and hated.
A number of African leaders have expressed “concern” about the treatment that our people have endured in China. However, their published statements were couched in the usual wishy-washy language that diplomats use to diffuse a situation without solving it. So, one reads phrases like “our historic relationship”, our “development partner” and similar drivel that ignores the basic truth that the relationship between China and Africa is purely monetary, not emotional or moral. It is exploitative, with China enjoying a huge advantage. It is highly risky, with Africa on the losing side.

Africa is very likely to pay a heavy price for the short-sightedness of today’s rulers and subjects who have mortgaged the future of our descendants in exchange for an insatiable appetite for Chinese money and its flood of cheap goods.
We should note that the racist, condescending attitude towards Africans is not limited to those visiting or living in China. It is imported into Africa – although the Chinese do not have a monopoly on this racist attitude.

I have personally witnessed the verbal mistreatment of Africans by their Indian bosses in the stores I have visited in a number of Ugandan towns. I have seen grocery store employees called by their foreign bosses the way one would beckon a dog.
These underpaid, overworked employees are stripped of their dignity by their small-time bosses who barely disguise their contempt for them. The bosses’ superiority complex is reciprocated by the frightened responses of employees who obviously depend on them for their little income. So, they remain silent in the face of the abuse.

It never ceases to amaze me that small-time merchants selling perishable goods that could easily be manufactured in Africa, enjoy the status of “investors.” I often see these little men perched on stools behind the counters, looking at African customers as though a nuisance, manifesting attitudes that suggest they are doing one a favour by selling their low-grade products, and wonder why we tolerate such abuse nearly sixty years after independence.

Why is it that African traders don’t form joint ventures and compete with these small merchants? Offer great and honest service and Africans will patronise your shops.
The problem, of course, is that the racists find it easy to justify their ugly attitude and treatment of Africans. Seeing the way some African rulers and their armed enforcers abuse, mistreat and beat fellow citizens must encourage the criminal juices of the racists.

Protected by the rulers who give them special treatment as “investors”, these fellows happily ride roughshod over their African hosts, all the while amazed at their good luck of royal living among the natives of the land.
I am in favour of free but fair trade, of mutually respectful and beneficial foreign investment and of unrestricted migration of peoples.
I welcome the best brains from China, India and every part of the world to come and inject intellectual and monetary fuel into our country.
However, none of this must be at the expense of the African’s dignity. This is a nonnegotiable that we all must defend without hesitation.

There was a time when Africa had rulers and leaders who genuinely fought for the dignity of the African. That was at the core of the struggle for independence. One recalls with great nostalgia the likes of Kwame Nkrumah of Ghana, Leopold Senghor of Senegal, Julius Nyerere of Tanzania, Seretse Khama of Botswana, Kenneth Kaunda of Zambia and Nelson Mandela of South Africa. These men were proud to be Africans, to be identified and stand with Africans, and to stare down the racists on behalf of all of us.

Yes, some of these men became corrupted by power and turned their countries into intolerant, undemocratic feudal states. However, one always knew that, when push came to shove, they would put the dignity of the African before everything else.
It is my hope that some of today’s African leaders will stand up to the racists. They should invite the foreigners on the continent for a firm clarification that they are most welcome to stay as long as they treat Africans with respect. Likewise, they should make it clear to the Chinese and Indian leaders that we shall continue to do business only if our nationals are treated with justice and dignity while in their country.

We should stop treating foreigners in Africa better than we treat our own. Africa’s governments should give African entrepreneurs opportunities and financial supports and incentives to build a critical mass that can effectively compete with these foreigners.

Meanwhile, Africans, both at home and abroad, should vote with their pockets. We should boycott Chinese goods. Choose goods that have been made in your African country, your region or elsewhere in Africa. If what you need is not available from African manufacturers, buy those made in other parts of the world except China.
A concerted economic boycott will encourage the Chinese rulers to have a sober conversation with Africa – one that is not based on the current imbalance of power but based on mutual respect and recognition that the African’s dignity is not for sale.