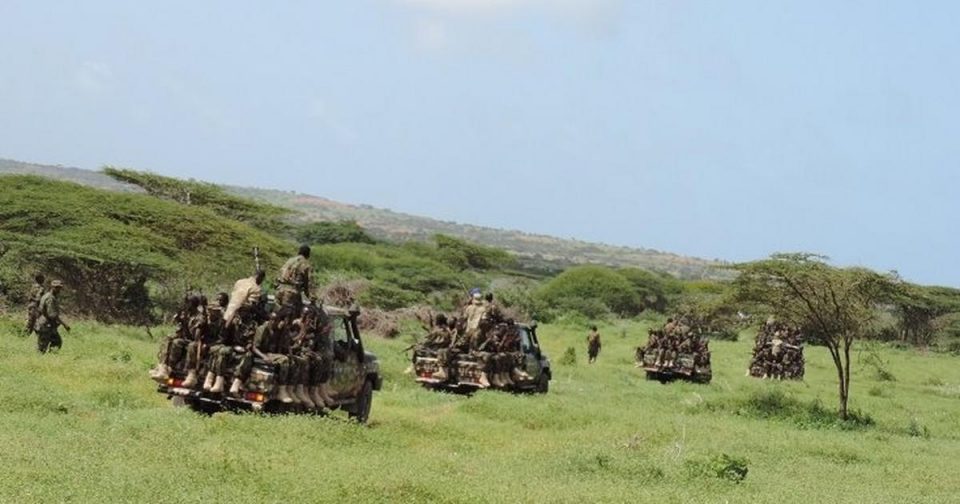 The deadly military clash pitting two forces in Somalia is far from over, if what was witnessed in Mandera town on Wednesday evening is anything to go by.

A shootout along the border of Mandera and Bulahawa towns caused some damage at the county government’s finance offices.

“This is provocation but we shall continue observing the situation. It is not our affair but happenings in another country,” said Mandera County Commissioner Onesmus Kyatha.

The incident, according to a well-placed security source, was triggered by Jubbaland military officers residing on the Kenya side.

“Jubbaland forces have returned to their previous hideout at Border Point One and it looks like they were checking on the alertness of their perceived enemy across the border,” the source said.

After being overpowered by the Somali National Army (SNA) during the first clash on March 2, Jubbaland troops relocated to Koromey on the outskirts of Mandera town.

They have been regrouping from there, getting reinforcement and recruiting local youths, according to security sources.

On Tuesday, Jubbaland troops being escorted by Kenya Defence Forces’ Long Range Surveillance unit were sighted on streets of Mandera town heading towards Border Point One.

The SNA and Jubbaland State forces have been fighting over a fugitive minister who escaped from a jail in Mogadishu and sought refuge in the Kenyan town.

The two camps are also seeking control of Bulahawa town within the Gedo region.

Mr Kyatha declined to give detailed information on the two warring camps, maintaining that it is Somalia affair.

Following the Wednesday incident, residents of Mandera town fear they could find themselves at the centre of fresh clashes, with reported advances by Ethiopian forces into the Gedo region of Somalia.

“I am not sure of my security from because all signs show these people will start fighting again,” said resident Halima Adan.

Over the past one month, hundreds of heavily armed members of the Ethiopian National Defence Forces (ENDF) have set up a military base in Dholow town in Gedo, which falls under the control of Amisom.

The new group of Ethiopian troops is not part of the African Union Mission in Somalia.

Ethiopia is believed to be supporting the Federal Government of Somalia in its bid to wrest control of Gedo, which borders Mandera and Wajir counties.

According to Garowe Online, a Somali Online publication, “Some unconfirmed reports indicate that the troops have been eyeing the troubled Balad-Hawo (Bulahawa) town along the Kenya-Somalia border, which witnessed clashes between the SNA and the Jubbaland forces early last month.”

The power tussle between Federal Government of Somalia (FGS) and Jubbaland State came to a head last December when Jubbalands’s former security minister Abdirashid Hassan Abdinur escaped from a jail in Mogadishu where he had been held since his capture by Somali forces in August 2019.

Mr Abdinur, also known as Abdirashid Janan, has been indicted in several United Nation reports for grave human rights violations and killing civilians in Gedo while he was the security minister in the Jubba administration of Mr Madobe.

Whereas it was widely expected that Kenya would hand over the fugitive minister to the Somali forces in the spirit of good neighbourliness, its decision to provide sanctuary to Mr Janan has only served to heighten diplomatic tensions between Mogadishu and Nairobi.

It remains unclear whether the wanted fugitive is in Kenya or moved to Kismayu, Jubbaland’s headquarters.

Africans should respond to Chinese racism with their pockets

What to do when neighbours aren’t distant enough