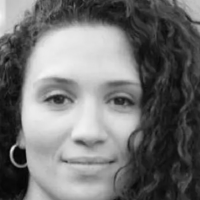 Malia Bouattia
Our labour keeps the system running, yet those who wield power over it have no consideration for our lives 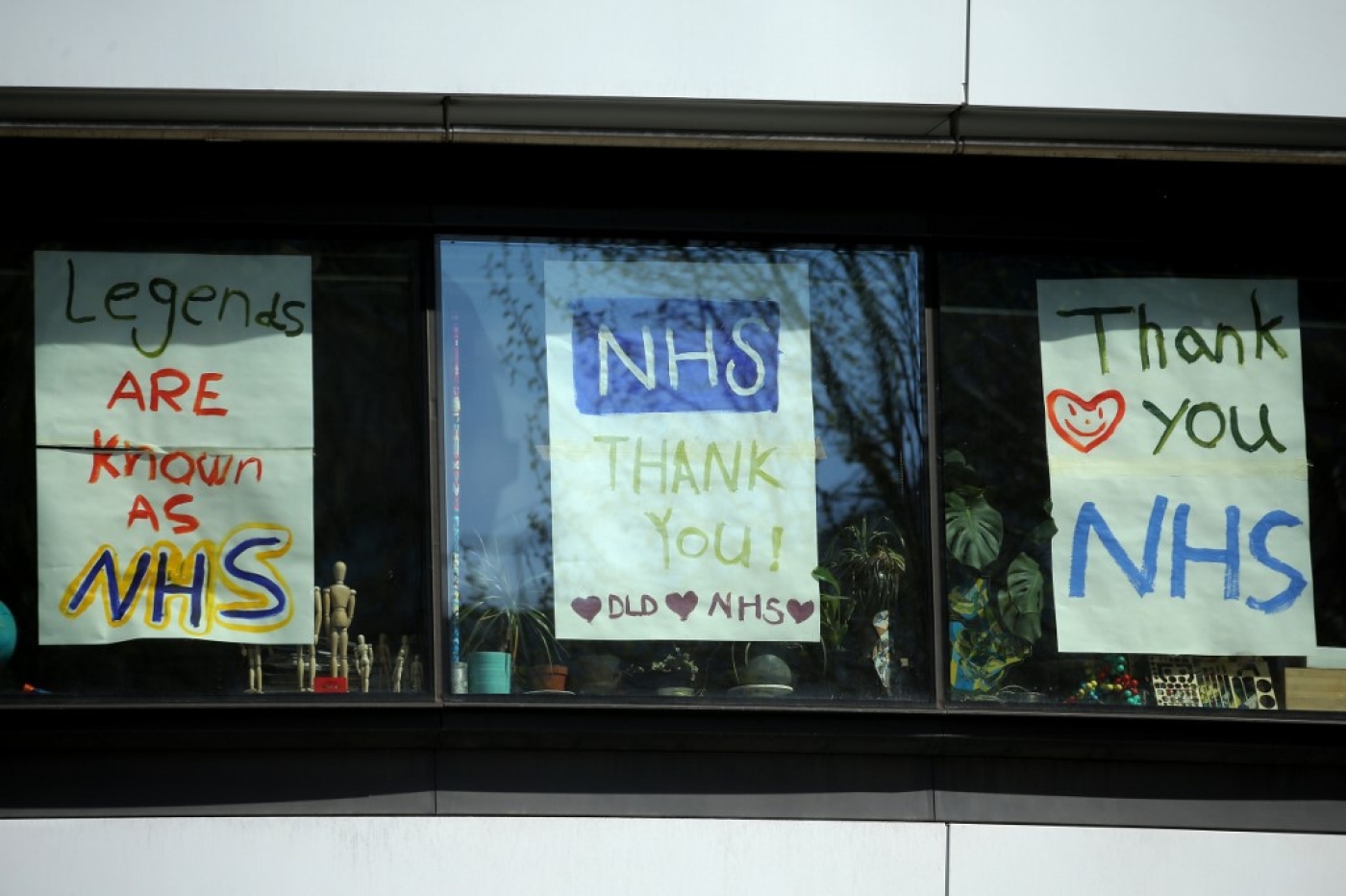 The current social crisis does not mean that capitalism has failed during the coronavirus pandemic; it continues to function perfectly, having shaped the origins of the crisis and our rulers’ response.

But many are having the veil lifted from their eyes and seeing that our economic system is not fit to serve the many, but only the few. The strain on our National Health Service (NHS) during the Covid-19 outbreak has been a striking example of how capitalism is, and has always been, a bloodsucking leech.

Continued cuts to the NHS, well before the outbreak of the pandemic, as well as the growth in outsourcing of necessary facilities – such as cleaning, catering and security – to for-profit companies, have all led us to this point.

The Tory message is to cut, divest, and therefore weaken our welfare services to the point of destruction, as they privatise whatever they’re able to get away with, leaving us with a thriving private health sector, and a hollow shell of what the NHS was.

Over the last decade, there has been almost £6bn ($7.45bn) slashed from our hospitals which are also lacking 10,000 doctors. At the same time, growing strain has been put on staff by reducing the intake of new frontline workers. The scrapping of nursing bursaries in 2017, for example, led to a drop in applications and retention of nursing students. By last year, we had a shortage of 40,000 nurses.

Similarly, junior doctors in 2016 went on strike to protest at their falling wages and growing workload. The repeated alarm bells rung by professional organisations and staff members themselves continue to go unheard.

Some are working on sites with hundreds of others with little to no protection, not even the ability to keep the required two-metre distance from another individual

As we enter the current situation of crisis and unforeseen demands on our public services, the drive to cut from our welfare system for decades has set the NHS up to fail. It was severely ill-equipped and under-resourced as it tried to fulfil its duties prior to the crisis, and now it will break its back, requiring endless sacrifice from healthcare workers and service staff as it tries to save the nation.

Although the majority of those who took part in the appreciation claps and cheers across the UK towards NHS carers expressed genuine solidarity and support for health workers, to see Tories such as Prime Minister Boris Johnson – who has been working towards the slow suffocation of public health services – taking part, risked reducing the action to mere tokenism.

As one healthcare worker told me: “As touching as it was, now it would be useful to scream and shout at Boris from doorsteps and balconies for money and equipment to help us deal with the pandemic.” Things were so desperate that Health Secretary Matt Hancock called for 250,000 volunteers to help the NHS.

The violence of our economic system reaches much further than healthcare, however, and has once more been brought into stark relief. The treatment of workers – particularly those involved in “big industry”, such as construction – has been guided by profit.

Some are working on sites with hundreds of others with little to no protection, not even the ability to keep the required two-metre distance from another individual. The lack of provisions and assurances from the government about its financial support for those who have lost work has left many with no choice but to return daily.

This story has also been many years in the making. Hundreds of thousands of construction workers are self-employed – or to be more precise, bogusly self-employed. Indeed, as unions were defeated in the 1980s and 1990s, the construction industry was transformed. Companies stopped hiring workers on full-time or permanent contracts, turning instead to making work available piecemeal to the same workers, now deemed to be self-employed.

Individuals would be hired for a specific job, for a limited period of time. This made organising on building sites much harder, and allowed employers to get away with victimising organisers and blacklisting hundreds, and driving down wages and conditions by putting workers in competition with one another.

Today, this so-called self-employed status has undermined the ability of construction workers to access crisis pay, while making them nervous about work opportunities in the future.

Sitting on their loot

Airlines, facing drastically reduced business, are laying off workers and refusing to renew contracts, while universities have axed non-permanent contracts in preparation for potential lower intake numbers in the next academic year. Coronavirus: How Britain forgot Brexit and found its NHS heroes

Workers made companies such as Uber and British Airways, or institutions such as universities, rich through their work and commitment. Yet now that crisis has hit, the rich, managers and stockholders are pulling up the drawbridge and sitting on their loot – unwilling to socialise the losses.

Millions are thrown on the scrap heap of the system, while others are told to continue working and risk their health; otherwise, they will meet the same fate.

Our labour keeps the system running, yet those who wield power over it have no consideration for our lives.

To make matters worse, last December, the Tories were re-elected, led by people who have spent their time and effort fattening the pockets of big business, while those at the bottom are pushed further into poverty.

Corbynism promised something radically different: reinvestment in the welfare state and nationalisation of key services, transport and even internet access – something so desperately needed now that so many white-collar workers are left to work from home.

It would have meant the huge mobilisation of the country’s wealth and attention being redirected into the protection of people over “the economy”. Statutory sick pay, protection from evictions and joblessness, free good quality healthcare, and financial support for food and bills would have been a basic standard.

Ironically, all of this would have actually reinvigorated the economy at a much quicker rate, given that it would mean people continue working or return to work sooner, without endangering themselves and others.

The fact that Labour lost the last election does not mean the disappearance of the values that prioritise people over profit, nor our inability to fight for just that. Capitalism requires our labour, and if we are dropping like flies for a longer period of time, a government whose only interest is the state of the economy is going to be backed into a corner.

We have to make sure that we are collectively – within our unions, local organisations, media platforms and social media spaces – making our demands clear. We must also be prepared to fight for them.

The question will be, once we return to work in a more stable future: Who will be made to pay for these expenses?

The current situation is opening up many contradictions. While the crisis is an opportunity to increase repressive measures, many right-wing governments have also moved to inject large amounts of money into the system, including by providing some welfare security net and crisis payments.

The question will be, once we return to work in a more stable future, who will be made to pay for these expenses? Will we face a new round of austerity, as in the aftermath of the 2008 crisis, or will the rich be made to pay through progressive taxation?

This will depend on our struggle. We will need memory and organisation. Memory of who got us through these difficult times: nurses and doctors, drivers and cooks, delivery workers and IT engineers, supermarket staff and bin workers. Organisation to take the fight back to those who are already making us pay for the crisis with our jobs and our health, so we never end up here again.

We will need to come out every night to celebrate our fellow workers and to fight those who endanger them through their policies and drive for profit. Perhaps the community support groups, the 500,000 NHS volunteers, and the food industry workers who deliver free supplies to their NHS counterparts are already a sign of just that.

Capitalism is the crisis, and we are the cure.

Malia Bouattia
Malia Bouattia is an activist, the former president of the National Union of Students, co-founder of the Students not Suspects/Educators not Informants Network and presenter/panelist on British Muslim TV’s Women Like Us.
The article is first published in M. E. Eye
previous post