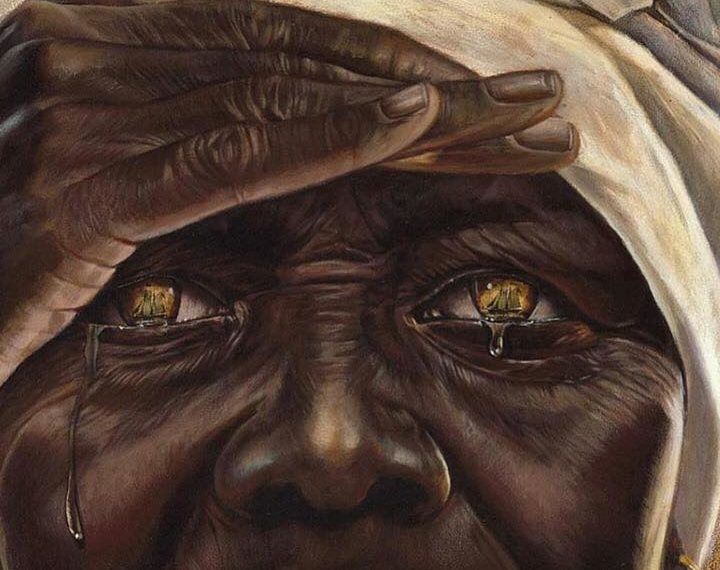 I am trying very hard to find a way to explain why I always say that Africa has never had a religion except those which were introduced to the continent by imperialists. And also, why I say that religion has nothing to do with spirituality and in that line, religion is a handmade of conquerors which is used as a tool for control and exploitation. Hopefully, this piece may contribute in helping us to gain some understanding.

In fact, religion is a technique or an institution designed and used by an oppressor to dominate and exploit his target group. It normally claims monopoly to an access to a superior God. Equally, it spreads the culture of those who control the religion by projecting such culture as the sanctioning way of life by the superior God. Finally, the goals of religion normally consists of attracting more and more people in order that it becomes a powerful worldwide movement (capitalism). It achieves this by spreading lies of fear particularly among children and infants in order to place a lifelong chain on their brain to prevent them from analyzing the validity of contents of that religion.

Religion is heavily structured with cultural superiority and inferiority concepts which are used to turn a group of people against their own culture and traditions, hence, tricking the oppressed to consider the culture of their oppressor as the superior way of life. For example, since European got hold of Christianity, European traditional marriage has become the acceptable Christian Marriage to the extent that in countries like Ghana, the original traditional marriage is now called Engagement. This has become so seriously to the extent that in some Instances, after performing or the traditional rights for marriage, couples are forbidden to have sex until they perform the Europeans traditional marriage. This case is no different from what is happening in many African Muslims communities.

On the other hand, spirituality is a practice at the individual level and it makes no effort to lure-in other people and turning that practice of spirituality into a mass-movement. However, in order to let you feel inferior in what you have, your colonizers have to put your true spirituality and their religious lies into one basket as if they are the same.

In a true practice of spirituality, no one will go to another person to convince him or her to leave their deity and come and join in the worshiping of another deity because of its superiority!

For example, a person who has spiritual connectivity to Ogun deity in Nigeria will not travel to Ghana to tell observers of Nogokpo deity to leave their spirituality to come and follow Ogun because it is superior!

Today, you may not be aware that ‘God Almighty’ is a cultural superiority concept created by your oppressor to tricking you into seeing spirituality in the image of a man who does not look like you, hence, making you become a slave to that man forever.

What you have to know is that:
When someone changes your name; that is not spirituality but a cultural superiority!

When someone changes your believes and traditions; that is not spirituality but a total dominance!

When someone strategically targets your children and feed them with alien information of lies and fear; that is not spirituality but a deceit and mental damage!

When European and Arabic missionaries sailed to Africa with the God Almighty Concept, they were not on a spirituality mission, but on a mission of Economic, Political, and Cultural enslavement and dominance.

After all, those missionaries did not come to Africa on the back of God’s budgets but at the expense of state-funded missions with specific goals outlined for them to accomplish in the African Society so as to prepare the grounds for continuous enslavement and dominance over Africa.

To this point, I will like to say that, you should not be surprised whenever you see Africa leaders linings up in Europe and in the Arabic world to beg for loans to support their budgets. This is so because, as long as you accept an image that does not look like you as your savior, you will always go to those who look like your savior for salvation.

When we remove the chain of religion from our neck, we shall soon stand in our strength to develop our continent through our efforts and our intuitions.

My name is Kwadwo Agyei Yeboa, I was born into a religion, I practiced religion, I believed in religion until I decided to go a bit further beyond just ‘believing’ into ‘knowing’
-You can always connect with me on Facebook to talk about Africa