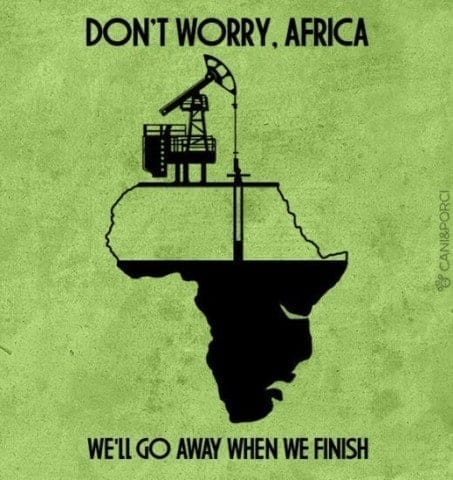 Like so many others, Africans have long been misled. Alleged progress under imperialism has long been used to legitimize exploitation. Meanwhile, Western colonial powers have been replaced by neo-colonial governments and international institutions serving their interests.

US President Donald Trump’s “shitholes”, mainly in Africa, were and often still are ‘pots of gold’ for Western interests. From 1445 to 1870, Africa was the major source of slave labour, especially for Europe’s ‘New World’ in the Americas.

Walter Rodney’s How Europe Underdeveloped Africa noted “colonised Africans, like pre-colonial African chattel slaves, were pushed around into positions which suited European interests and which were damaging to the African continent and its peoples.”

Richest, but poorest and hungriest!

A recent blog asks, “Why is the continent with 60% of the world’s arable land unable to feed itself? … And how did Africa go from a relatively self-sufficient food producer in the 1970s to an overly dependent food importer by 2022?”

Deeper analyses of such uncomfortable African realities seem to be ignored by analysts influenced by the global North, especially the Washington-based international financial institutions. UNCTAD’s 2022 Africa report is the latest to disappoint.

It does not guide African governments on how to actually implement its long list of recommendations given their limited policy space, resources and capabilities. Worse, their proposals seem indistinguishable from an Africa-oriented version of the discredited neoliberal Washington Consensus.

With 30% of the world’s mineral resources and the most precious metal reserves on Earth, Africa has the richest concentration of natural resources – oil, copper, diamonds, bauxite, lithium, gold, tropical hardwood forests and fruits.

Yet, Africa remains the poorest continent, with the average per capita output of most countries worth less than $1,500 annually! Of 46 least developed countries, 33 are in Africa – more than half the continent’s 54 nations.

Africa remains the world’s least industrialized region, with only South Africa categorized as industrialized. Incredibly, Africa’s share of global manufacturing fell from about 3% in 1970 to less than 2% in 2013.

About 60% of the world’s arable land is in Africa. A net food exporter until the 1970s, the continent has become a net importer. Structural adjustment reform conditionalities – requiring trade liberalization – have cut tariff revenue, besides undermining import-substituting manufacturing and food security.

Sub-Saharan Africa accounts for 24% of the world’s hungry. Africa is the only continent where the number of undernourished people has increased over the past four decades. About 27.4% of Africa’s population was ‘severely food insecure’ in 2016.

In 2020, 281.6 million Africans were undernourished, 82 million more than in 2000! Another 46 million became hungry during the pandemic. Now, Ukraine sanctions on wheat and fertilizer exports most threaten Africa’s food security, in both the short and medium-term.

Many of Africa’s recent predicaments stem from structural adjustment programs (SAPs) much of Africa and Latin America have been subjected to from the 1980s. The Washington-based international financial institutions, the African Development Bank and all donors support the SAPs.

While World Bank SAPs were officially abandoned in the late 1990s following growing criticism, replacements – such as Poverty Reduction Strategy Papers – have been like “old wine in new bottles”. Although purportedly ‘home-grown’, they typically purvey bespoke versions of SAPs.

Can the West be trusted?

Earlier, G7 countries reneged on their 2005 Gleneagles pledge – to give $25 billion more yearly to Africa to ‘Make Poverty History’ – within the five years they gave themselves. Since then, developed countries have delivered far less than the $100 billion of climate finance annually they had promised developing nations in 2009.

The Hamburg G20’s 2017 ‘Compact with Africa’ (CwA) promised to combat poverty and climate change effects. In fact, CwA has been used to promote the business interests of donor countries, particularly Germany.

Primarily managed by the World Bank and the International Monetary Fund, CwA has actually failed to deliver significant foreign investment, instead sowing confusion among participating countries.

Africa lost $1.2–1.4 trillion in illicit financial flows between 1980 and 2009 – about four times its external debt in 2013. This greatly surpasses total official development assistance received over the same period.

Africa needs much more policy space and state capabilities, not economic liberalization and privatization. This is necessary to unlock critical development bottlenecks and overcome skill and technical limitations.

This article was originally published in Inter Press service (IPS)

The West has a moral obligation to pay reparations