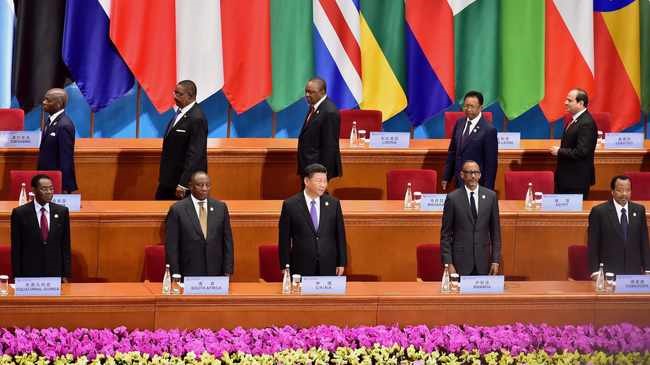 Africa will join in the joyous festivities of its Chinese brothers and sisters when the Communist Party of China (CPC) celebrates its 99th anniversary in July 2021. Africa will applaud the CPC, under whose leadership there continues to be an unwavering commitment to:

Africa will convey its heartfelt congratulations to the CPC on its phenomenal achievements, through its reform, which has laid a solid foundation for progress towards a “moderately prosperous society” and the national rejuvenation of the Chinese nation, strong and unified.

This should come as no surprise because Africa and China have long-standing traditional and fraternal ties that stretch back over many decades.

In fact, the contact between Africa and China has evolved over several thousand years. China and Africa both had their origins in ancient human civilisations and both have made significant contributions to the progress of human society.

But it was only after the founding of the People’s Republic of China in 1949, with the CPC at the helm, and after Africa had begun to rid itself of the burden of colonialism in the 1950s and 1960s, that contact between China and Africa was actively resumed, with co-operation gaining significant momentum in the ensuing decades.

There were many highlights on this road of growing convergence of views , solidarity , friendship and co-operation. Africa and China’s co-operation entered a new era in this period which coincided with the holding of the historic Bandung Conference in April 1955, attended by 25 countries which shaped the future of Afro-Asian and anti-colonial solidarity and South-South co-operation .

The Five Principles of Peaceful Coexistence, put forward by Prime Minister Zhou Enlai, were central to the deliberations at the Bandung Conference. They include mutual respect for sovereignty and territorial integrity, mutual non-aggression, non-interference in each other’s internal affairs, equality and mutual benefit and peaceful coexistence.

These principles to this very day still serve as the underlying principles of the rapidly expanding Africa and China friendship and partnership.

In the wake of Bandung, Africa and China embarked on a new type of partnership, characterised by political equality, mutual trust, mutually beneficial economic co-operation and cultural exchanges. China strongly supported Africa in its quest for independence, its fight against colonialism and its pursuit of development.

Throughout this period the CPC reached out to its brothers and sisters in Africa displaying a strong sense of friendship and solidarity towards the continent.

From the 1950s onwards an increasing number of exchanges between the CPC and African political parties also began. Many African national liberation movements sent delegations to visit China to seek political, moral and material support as well as training. Most of these delegations forged strong ties with the CPC which later stood Africa and China co-operation in good stead.

Through these inter-party exchanges the CPC formed a greater understanding of Africa and improved its general communication with the continent while the African political parties learnt invaluable lessons from China’s development experiences .

Given all these constructive developments, the friendship and co-operation between Africa and China continued to grow apace, cemented by regular high-level contact between African and Chinese leaders. The momentous visits by Zhou Enlai, Zhao Zijang, Jiang Zemin and Hu Jintao to a large number of African countries contributed significantly to the growing and mutually beneficial partnership.

Africa has made President Xi Jinping’s vision of “building a community with a shared future for mankind”, its own, and it, in fact, represents a key pillar in the rapidly expanding relations between Africa and China. President Xi Jinping, who initiated the concept of the Chinese dream, significantly added that it connects the development of Africa with that of China and aligns the interests of the Chinese people with those of the African people.

Africa knows from experience that China is prepared to share its knowledge and expertise of its growth model, which has inspired many developing countries, and its African brothers and sisters towards realising the continent’s dream of implementing the AU’s Agenda 2063 , the ”Africa we want“! In this context, Africa and China are bound to pursue co-operation in an enhanced and strategic manner, rendering increasing concrete and practical results.

It can thus be anticipated that FOCAC and BRI will further grow as important platforms for Africa and China to jointly implement co-operation initiatives .

In this process, Africa, in its own interest, will thus have to ensure that it is optimally positioned in order to maximise the benefits and gains from the opportunities offered by China. Africa will have to increasingly approach China and, in fact, all its international partners in a more co-ordinated , collective and strategic manner than hitherto.

It is critical for Africa to have the ability to pursue its own preferred home-grown development and hence co-operate with China in a manner that increasingly enhances Africa’s key priorities. Thus it is imperative that projects on the continent, based on Chinese financing and support, need to be clearly defined and linked to concrete benefits for Africans.

This will necessitate the continued alignment of the AU’s Agenda 2063 goals with BRI and FOCAC action plans, with an enhanced focus on practical outcomes on sustainable economic growth. The African Continental Free Trade Area (AfCFTA) would serve as a powerful catalyst in creating opportunities for trade expansion, inter alia also promotion of intra-Africa trade, as well as for investment and much needed industrialisation which China should avail itself of.

Also vital will be China’s ongoing support for Africa’s peace and security architecture and its initiative to “silence the guns “ given the inevitable nexus between development and security.

Many of these issues and challenges facing China and Africa will be on the agenda of the upcoming F0CAC meeting in Senegal, which represents the next important building block in the increasingly vital and growing strategic partnership.

Africa is confident that the CPC and China, would again “listen“ to Africa’ s voice , in jointly mapping out the way forward and giving tangible content to the words of President Xi Xinping: “That China will treat Africa with sincerity, that China will seek to deliver real outcomes in conducting co-operation with the continent, resolve problems that may occur with good faith and continue to build a close bond of friendship.”