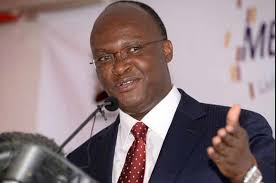 Tanzanian has since banned Kenyan airlines from its airspace and maintained that it will not lift the ban unless air travellers from Tanzania are accorded the same treatment as those on the list.
Kenyan Transport Minister James Macharia told the Sunday Nation that the dispute is a health matter and his ministry would be guided by the Ministry of Health.

The Kenyan government has maintained its stand on quarantining visiting Tanzanians for 14 days, amid an escalating diplomatic dispute over the implementation of Covid-19 guidelines.
According to a government official who requested anonymity due to the sensitivity of the matter, the decision was arrived at in a meeting held last week that directed ministries to concentrate on efforts to curb the spread of the deadly virus and ignore threats of and actual bans by Dar es Salaam on trade and aviation activities.
“One life lost is not worth the money we get from the airlines and, if anything, we will have to assume that the airspace is still closed. We are determined to slow the standoff but not with conditions,” said a government official.
The dispute between the two countries has been occasioned by a failure to agree on the Covid-19 protocols to be followed in the cross-border movement of people and goods after Kenya excluded Tanzania from the list of countries whose nationals would be allowed entry under the revised coronavirus restrictions.
Banned Kenyan airlines
Tanzanian has since banned Kenyan airlines from its airspace and maintained that it will not lift the ban unless air travellers from Tanzania are accorded the same treatment as those on the list.
On Tuesday, the Tanzania Civil Aviation Authority (TCAA) nullified the approval forFly 540, Air Kenya Express and Safarilink Aviation, Kenya Airways in what is now an escalation of the differences it is having with Nairobi.
The airlines operated daily flights to and from Kilimanjaro and Zanzibar.
“Reference is made to the approval for your summer schedule application extended to Air Kenya Express. The approval was granted to Air Kenya for schedule flight operations between Nairobi and Kilimanjaro with effect from March 27 to October 25. However, we regret to inform you that this approval is hereby nullified,” TCAA director-general Hamza Johari said in the letter to Air Kenya’s operations manager.
TCAA indicated that the notice rescinds any previous approval allowing it to fly to Tanzania instructing the airlines to apply afresh for any operations into Tanzania before consideration can be made.
“The basis of the decision to nullify our approval for the Kenyan airlines is the ongoing dispute between the two countries,” Mr Johari said, adding that “Tthe ban would not be lifted unless air travellers from Tanzania are accorded the same treatment as those on the list.”
“Some countries’ nationals can enter Kenya without the same conditions despite having extremely high rates of Covid-19 infections.”
Follow protocols
Kenyan Transport Minister James Macharia told the Nation that the dispute is a health matter and his ministry would be guided by the Ministry of Health.
“It is no longer a transport issue, since we have not stopped any airline or citizen from flying to Kenya, but we must be guided by the protocols issued by the Ministry of Health,” he said. “We are willing to put a stop to this but we have to follow the protocols. This is not a personal fight between the two countries but for the interest of East Africans.”
Contacted, Mutahi Kagwe, the Health CS, directed us to the Ministry of Foreign Affairs, who in return did not responded to our enquiries.
Kenya has since expanded the list of the nationalities allowed entry without the mandatory 14-day quarantine to 100, but Tanzania is still missing.
According to the EABC the dispute is likely to hurt both nations.