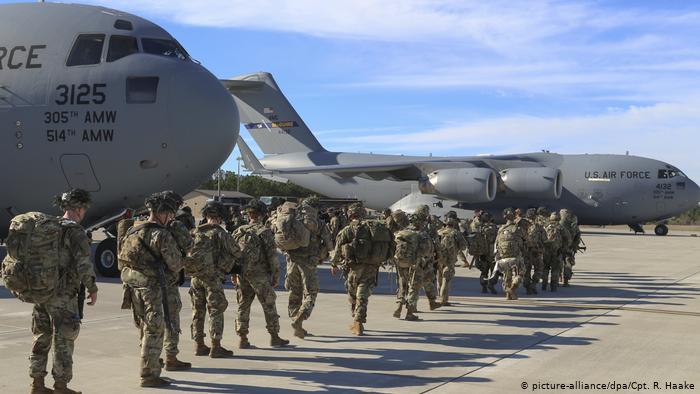 The war in Yemen has been gradually escalating in the past months, with major battles taking place between Ansarallah forces and Saudi-backed forces. This coupled with claims that US troops have occupied a military base, redeploying there from Afghanistan.

According to Maj. Gen. Abdu Abdullah Majili, of the Saudi-backed “government” forces, his militants, along with tribal fighters, have seized partial control of the Rahabah district of the Marib Province. The “Yemeni government” forces loyal to the Western/Saudi-backed President Abdrabbuh Mansur Hadi, have recently launched a large-scale counter attack against the Houthis/Ansarallah, a campaign which has had some success, largely due to the airstrikes launched by the Saudi coalition.

Meanwhile in Bayda Province, Ansarallah and Saudi-backed forces have both been making their own advances, following a Saudi led offensive to gain control of the area earlier this month. Hundreds of soldiers on both sides have reportedly been killed, with mixed statistics being offered for the exact total.

In the midst of this fighting, neighboring Oman has stepped up its efforts to facilitate direct peace talks between the Houthis and Saudi Arabia. Oman is largely viewed as neutral to the war ongoing in Yemen, yet has itself had disputes with Saudi Arabia over the natural resources of Yemen’s Eastern al-Mahrah Province and the establishment of an oil port there. So far, despite the two-week effort of Muscat (Oman’s Capital) to try and facilitate peace negotiations, little progress has seemingly been made to make either Ansarallah or Saudi budge.

Perhaps most concerning however, is that US forces have reportedly entered Yemen. According to the ‘Yemen Press Agency’ US military forces arrived this Tuesday at the Aden International Airport, in the Aden Province, to then travel northwards towards neighboring province of Lahij.

The reports from local Yemeni media claim that US forces are now stationed at the key al-Anad air base in Lahij Province. This as Saudi-backed militants had forced the UAE-backed Southern Transitional Council (STC) from the base. The importance of this, in the context of the greater scheme of things in Yemen, is that the al-Anad base is the single biggest air base inside of Yemen and could indicate that a dramatic escalation of tensions is on its way.

The possible presence of US forces at the al-Anad airbase, is coupled with multiple reports of US munitions having been fired from US controlled aircraft in the country, after the uncovering of bombs identified as being US made are being recovered. The United States government denies these claims, as it does the claims that US drones were downed over the skies of Marib in Yemen.

The Ansarallah group released video and photographic evidence of it having downed two ScanEagle drones, correctly bearing the marks of the Washington based company, Insitu, that makes the drones. Saudi Arabia is not known to possess the type of drones downed, and despite US denial, along with Boeing – which Insitu is a subsidiary of – claiming it was not the ScanEagle they saw in the wreckage, it clearly seems that the drone is as it was described by Ansarallah.

Joe Biden proclaimed in his first speech on the issue of foreign policy, that he would prioritize ending the war in Yemen. At the time, he was misinterpreted by the Western mainstream media as having said he would end all support for the Saudi-led coalition’s war on Yemen, when in fact he only stated that the United States would end its support for offensive Saudi action.

It is clear that the US Biden administration sees the Saudi-led war on Yemen as defensive in nature at this point, either that or the US government flat out lied. No action taken by the Kingdom of Saudi Arabia in Yemen has come under proper scrutiny, as a matter of fact, the Biden administration is participating in this war, as did his predecessor President Donald Trump.

Now, the violence in Yemen continues to escalate and the US government does not seem to be placing a priority on ending this war, which it actively backs with its weapons and logistical support. If Joe Biden truly wanted the war to end, it is simple, he would have gone on the diplomatic offensive against Saudi Arabia for it. The Western media also needs to drop its rhetoric about Hadi’s forces being the legitimate “government forces”, this is clearly not the case and Abdrabbuh Mansour Hadi has become about as illegitimate as Venezuela’s Juan Guaido.