It’s no secret that Bill Gates and the advocates of the UN Sustainable Development Agenda 2030 are also devout promoters of human eugenics, the “thinning of the Human Herd” as Britain’s misanthropic Prince Philip once put it. Some such as Joachim Schnellnhuber, climate adviser to the Pope, openly welcome a human population below one billion as “sustainable.” Now serious research is emerging that one of the most effective reducers of the human population is being spread by so-called “modern scientific agriculture” through the select use of toxic agrochemicals, pesticides deemed safe which are anything but safe. 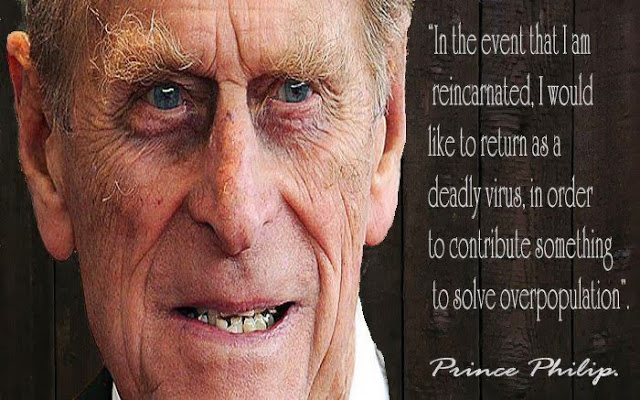 According to a new book by Dr Shanna Shaw, Count Down, the male sperm count in Western industrial countries, including the EU and USA, is falling at a dramatic rate.

Shaw estimates that over the past four decades the average sperm count has dropped by 50% or more.

In other words a young male today seeking to have a family has only half the sperm count his grandfather did, half the chance to conceive.

Shaw estimates that unless toxic chemical exposures in agriculture and the environment are dramatically altered, we may not have the ability to reproduce naturally much longer, and that by 2050 most human beings in the industrial countries, including China, will need technological assistance to procreate.

Shaw’s book is a further elaboration of a 2017 peer-reviewed scientific paper which Shaw and colleagues published.

In the paper, Shaw carefully analyzed a total of 244 estimates of Sperm Concentration and Total Sperm Count (TSC) from 185 studies of 42 935 men who provided semen samples in 1973–2011.

What they found was alarming to the extreme.

But beyond a few media headlines, no changes of consequence resulted, as the powerful agrochemical corporations such as Bayer-Monsanto, Syngenta, DowDuPont (now Corteva) lobbied regulators to ignore the findings.

Shaw found that “Among Unselected Western studies, the mean Sperm Concentration declined, on average, 1.4% per year with an overall decline of 52.4% between 1973 and 2011.”

That is a sperm count decline as of a decade ago of more than 59% in men, unselected by fertility, from North America, Europe, Australia and New Zealand. 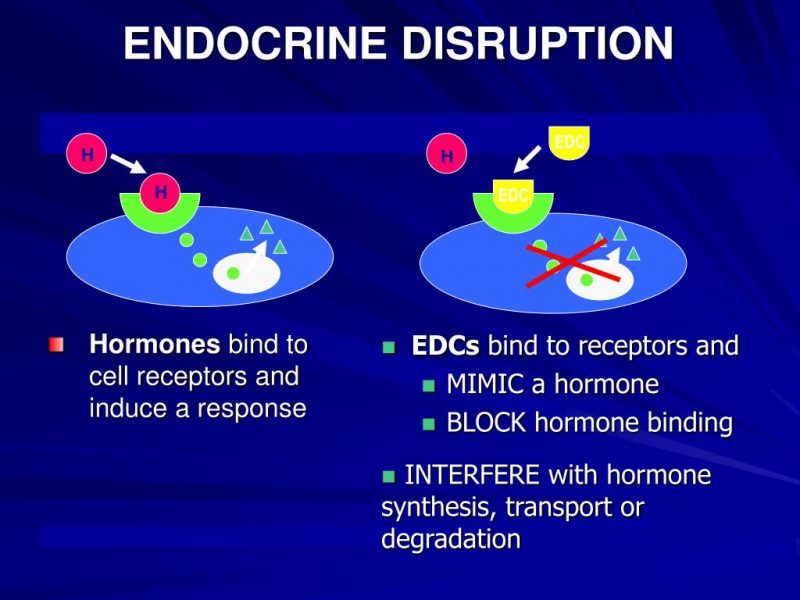 And it continues to decline year by year.

Because of lack of serious support for new studies, updated data is limited. Fifteen years ago, over half of potential sperm donors in Hunan Province, China, met quality standards.

Now, only 18% do, a decline blamed on endocrine disrupting chemicals according to one study.

A similar fall in sperm count was registered by researchers in Taiwan, as well as a similar result for Israel.

Shaw concludes, “male reproductive health, not just semen quality by the way, is in trouble, and this has consequences, not just for the ability to have a child, but it also impacts the health of the man.”

One of them is undescended testicles, another one is a condition where the opening of the urethra is not where it should be…”

The Dangers of Environmental Toxins 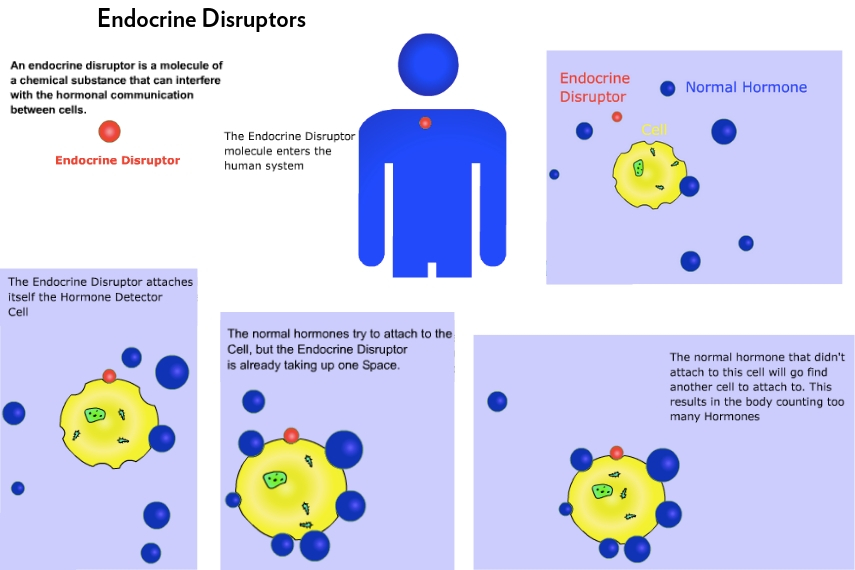 Swan, today with the Icahn School of Medicine at Mount Sinai in New York, believes the cause is to be found in the huge rise in toxic chemical exposures in recent decades, especially of chemicals known as “endocrine disruptors” or hormone disruptors.

The last, pesticides, is the group that should send loud alarm bells ringing because it is proven to get into groundwater and the human food chain.

Today the two most widely used pesticides in the world are Bayer-Monsanto’s Roundup containing the probable carcinogen, glyphosate, and Azatrine made by Syngenta, which today is owned by ChemChina.

In 2010 a renowned University of California, Berkeley scientist, Tyrone B. Hayes, professor of integrative biology, led a major study of the effect of Atrazine exposure for frogs.

He found that the pesticide, widely used on US corn crops and sugarcane, wreaks havoc with the sex lives of adult male frogs, emasculating three-quarters of them and turning one in 10 into females.

He found ,“These male frogs are missing testosterone and all the things that testosterone controls, including sperm.”

Moreover Hayes noted that the 10% of frogs exposed to Atrazine that “turn from males into females – something not known to occur under natural conditions in amphibians – can successfully mate with male frogs but, because these females are genetically male, all their offspring are male.”

Hayes declared, “I believe that the preponderance of the evidence shows atrazine to be a risk to wildlife and humans.”

Atrazine is a potent endocrine disruptor.

Atrazine is also the second-most widely used herbicide in the US behind Monsanto’s glyphosate product, Roundup. 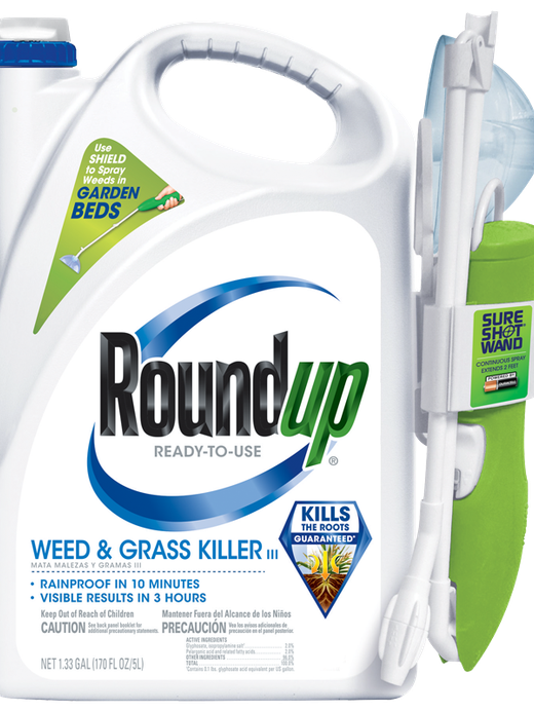 Despite the evidence, in a controversial ruling the US Environmental Protection Agency, in 2007 ruled that “Atrazine does not adversely affect amphibian sexual development and that no additional testing was warranted.”

End of story? Hardly. But in 2004 the EU banned Atrazine saying Syngenta failed to prove its safety in drinking water.

Another agrochemical that has been determined to be an endocrine disruptor is Monsanto’s Roundup with glyphosate.

Roundup is the world’s most widely used pesticide, in over 140 countries including Russia and China.

Its use on US GMO crops has exploded in recent years as almost 90% of US corn is GMO, and a similar percent of its soybeans.

Between 1996 when GMO Monsanto corn and soybeans were authorized in the USA, and 2017, Americans’ exposure to the chemical grew 500 percent.

It has been tested in drinking water, cereals in stores and in urine of pregnant women.

Almost all meat and poultry is saturated with glyphosate from animal feed.

A recent study carried out in Australia by researchers at Flinders University found that Roundup killed the cells that produce progesterone in women, causing their levels to drop.

Glyphosate and Roundup have been “linked to birth defects, reproductive problems and liver disease, and it has been shown to have the potential to harm the DNA of human umbilical cord, placental and embryonic cells.”

In 2015 scientists in Nigeria examined the effects of combined exposure to both glyphosate and Atrazine on rats.

They found the combination was even worse with effects on sperm, testosterone synthesis and male reproductive organs.

At the time ChemChina had distribution rights in China and other Asian countries for Monsanto Roundup as well.

On the ChemChina website it lists Atrazine among the herbicides it sells, calling it a “safe and efficient herbicide for corn fields…” ChemChina is also the leading producer of glyphosate for the Chinese agriculture market.

Today China is facing, by its own admission, a major agriculture crisis and is also struggling with ways to insure food security.

Reports are that an increased role for GMO crops with Chinese patents will be a central part of a new five year plan which would undoubtedly mean using glyphosate and Atrazine.

At the same time the state is increasingly alarmed by the falling birth rate which has not improved despite relaxations on the One Child policy.

With Chinese farmers using significant amounts of pesticide chemicals including glyphosate and Atrazine to improve yields, they are pursuing a disastrous combination that will not only not solve the growing food crisis, but also may destroy the reproductive potential of a major portion of its 890 million rural population, as well as countless millions of urban citizens. 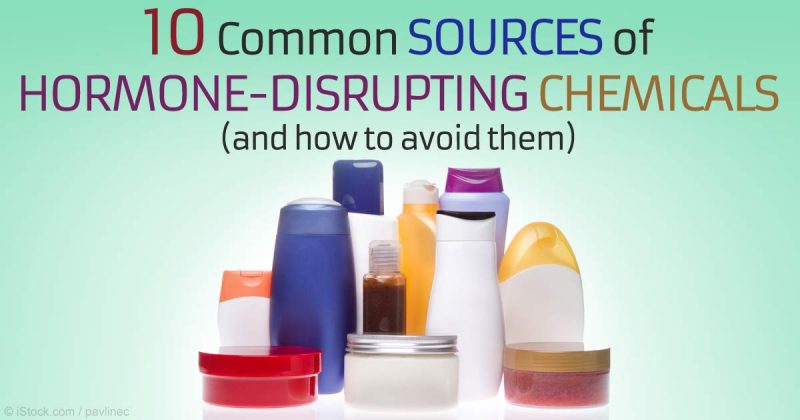 Are these dangerous endocrine disrupting agrochemicals allowed worldwide because of bureaucratic ignorance of the damage caused by glyphosates, Atrazine and other endocrine disrupters on the human reproduction?

Is it only because of corporate greed for hyper profits that they exist?

A 1975 quote from Henry Kissinger, author of the eugenics document NSSM-200 during the Nixon-Ford era is instructive: “Depopulation should be the highest priority of foreign policy towards the third world, because the US economy will require large and increasing amounts of minerals from abroad, especially from less developed countries.”

And from Bill Gates: “The world today has 6.8 billion people…that’s headed up to about 9 billion. If we do a really great job on vaccines, health care, reproductive health services, we could lower that by perhaps 10 to 15 percent.”

Or the grand old dog of eugenics, Prince Philip: “I must confess that I am tempted to ask for reincarnation as a particularly deadly virus.” ~ Prince Philip, in his Foreword to “If I Were an Animal” – United Kingdom, Robin Clark Ltd., 1986.

We are rapidly making the human species extinct as we continue to ignore dangers of these toxins to human and other life forms. 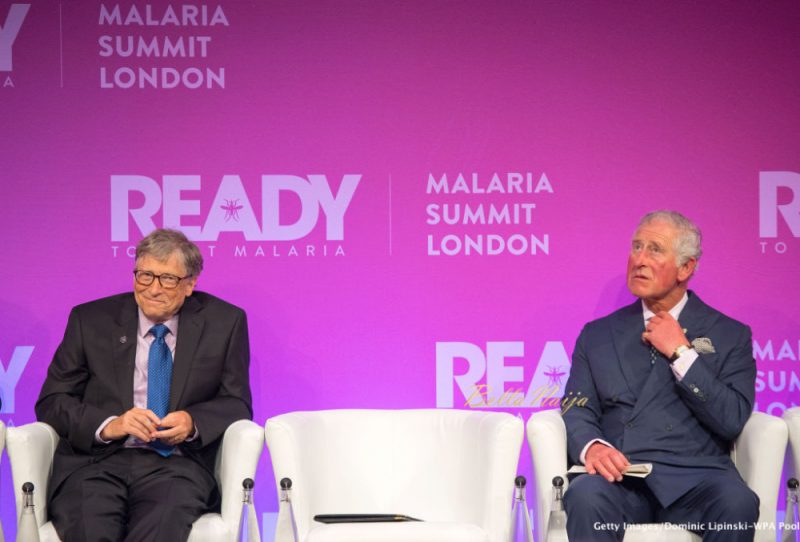 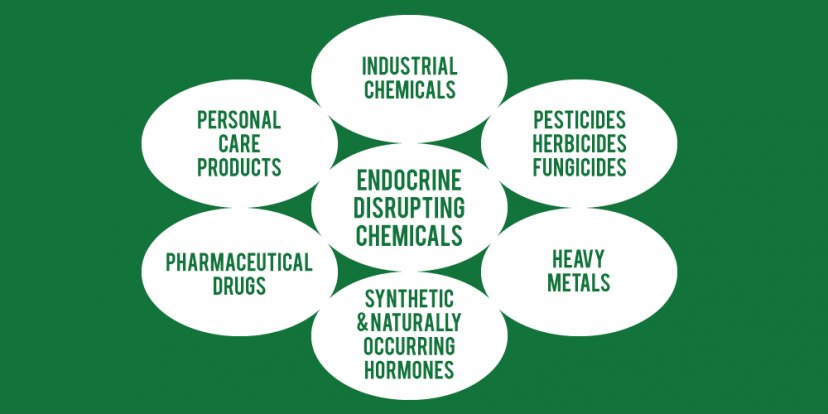 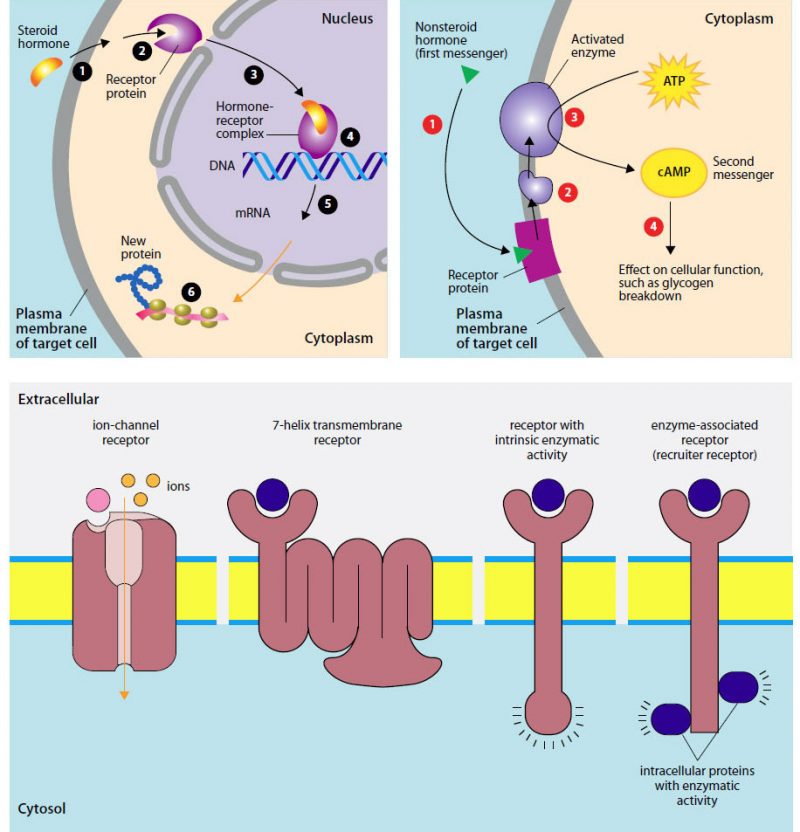 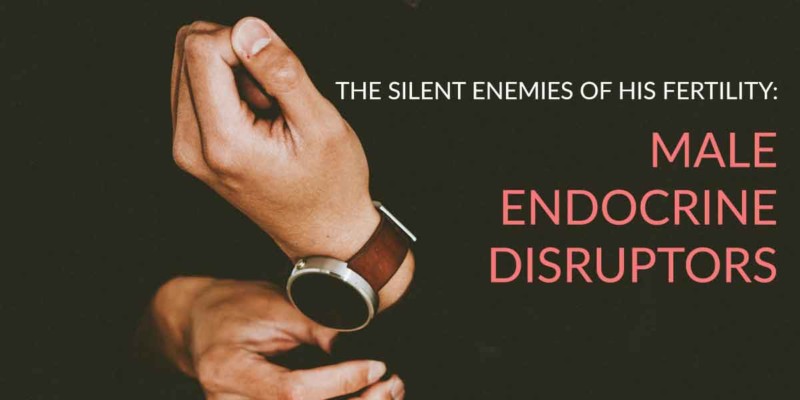 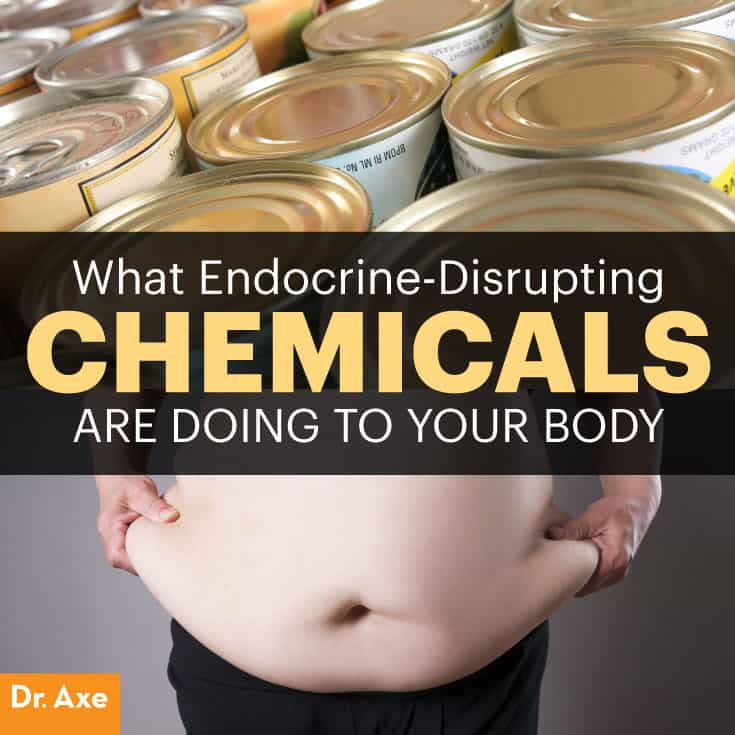 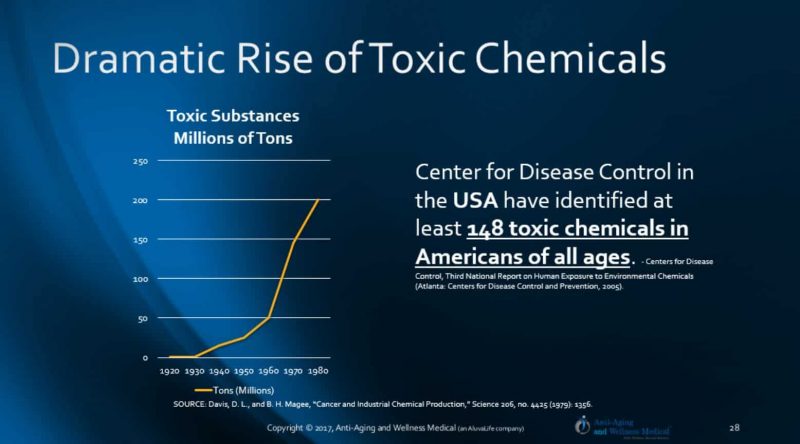 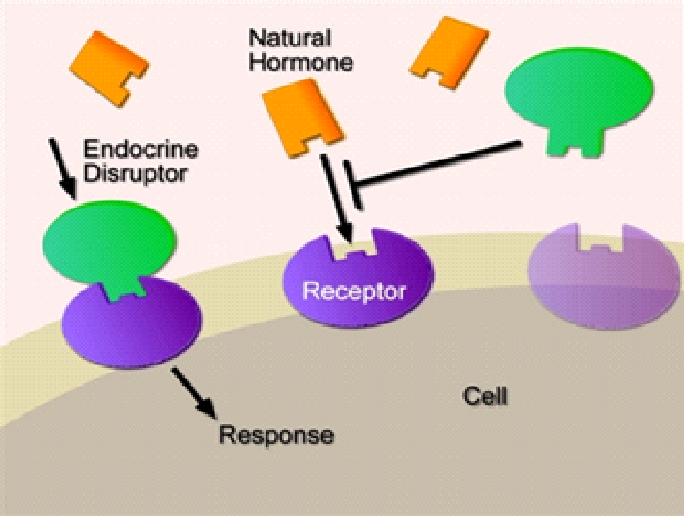 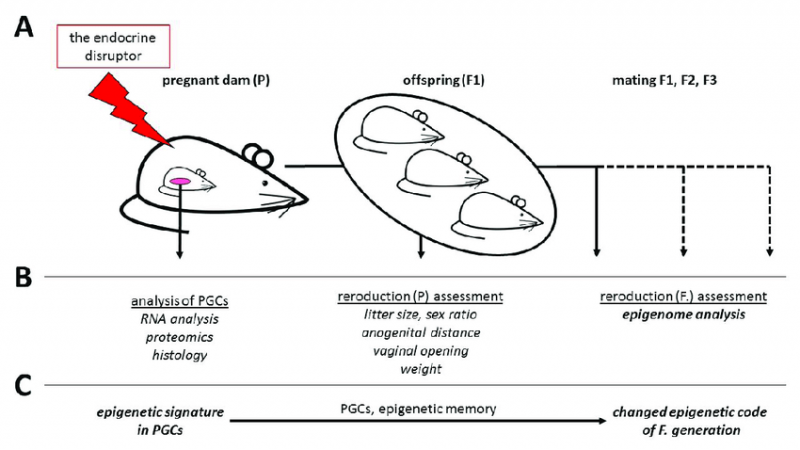 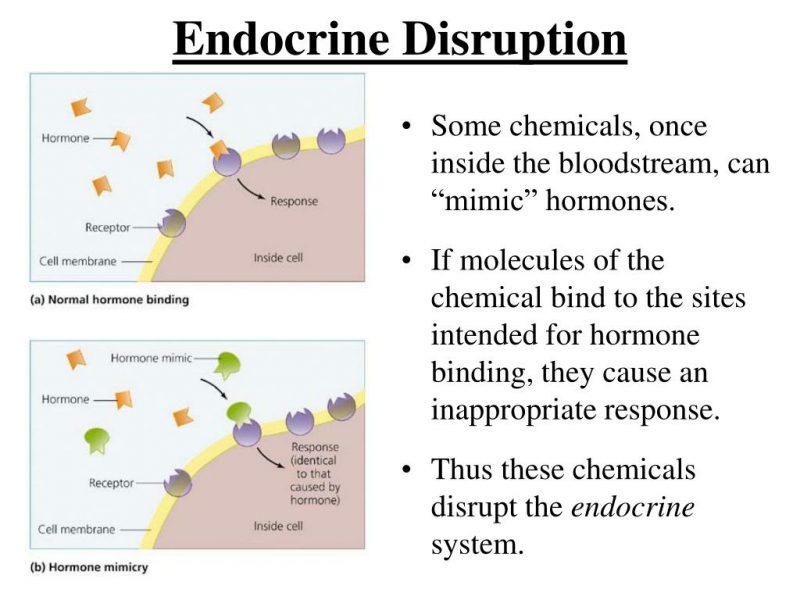 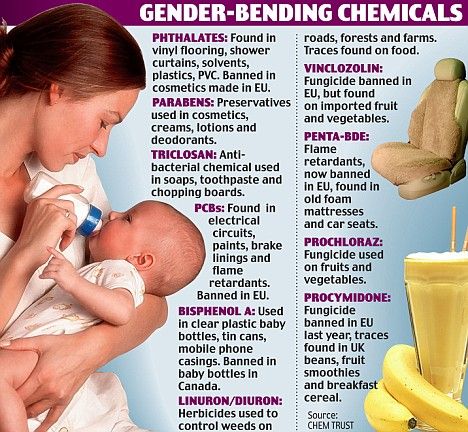 F. William Engdahl is strategic risk consultant and lecturer, he holds a degree in politics from Princeton University and is a best-selling author on oil and geopolitics, exclusively for the online magazine “New Eastern Outlook” where this article was originally published. He is a Research Associate of the Centre for Research on Globalization.This article has been adapted from its original source

“I Was a Teacher in a Concentration Camp”: Women and the Uyghur Genocide

If You Want Your Relationship to Last, Tell Your Moms to Mind Her Business

IGAD: A Failed NGO To Be Replaced By Horn Of Africa States