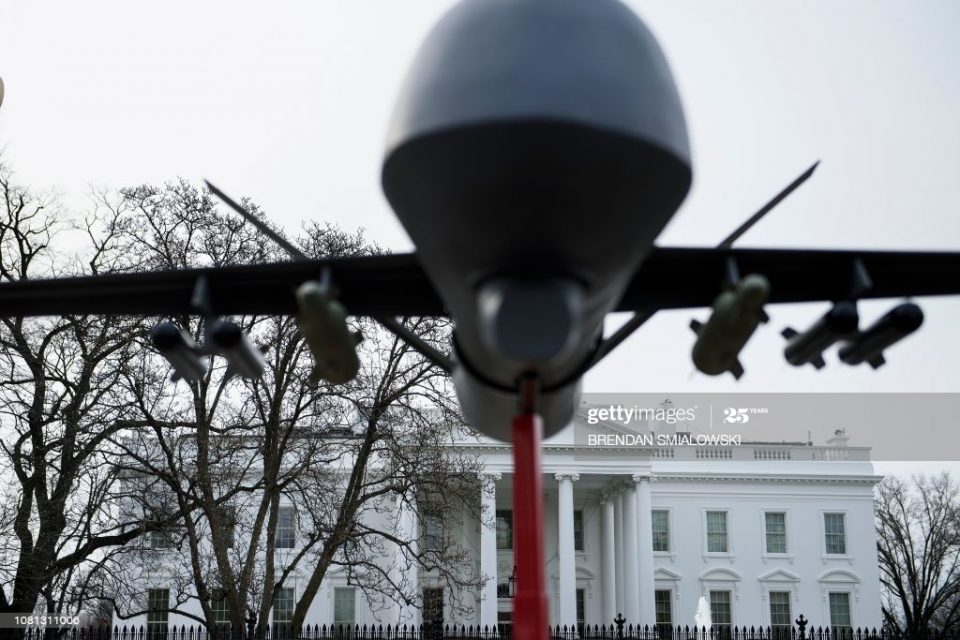 The United States has used airstrikes against al-Shabaab forces in Somalia since January 2007, including armed drone strikes from June 2011. From early 2017, Donald J. Trump’s administration loosened the targeting rules and significantly increased the number of strikes in Somalia, apparently with the consent of the Somali federal government.

The new rules were intended to degrade al-Shabaab and reduce its ability to continue its series of particularly deadly attacks on African Union and Somali army bases between June 2015 and January 2017.

Now Trump’s administration is reportedly considering expanding its use of such airstrikes against the militants into parts of eastern Kenya. This follows al-Shabaab’s deadly attack on the US naval base at Manda Bay in January 2020. Three US security personnel – one service member and two Department of Defence contractors – were killed.

Most American airstrikes have been conducted in defence of US personnel or in collective defence of African Union forces and Somali National Army troops. A smaller number have been offensive strikes designed to kill “high-value” members of al-Shabaab.

In general, Barack Obama’s administration conducted far fewer strikes. Most of these were aimed at high-value targets. Trump’s administration has often struck rank-and-file al-Shabaab fighters as well as high-value figures. Some US strikes have also caused civilian casualties.

Although the number and types of airstrikes often capture the media headlines, Washington’s strategy to counter extremist groups in the region has remained consistent across three administrations for well over a decade. A 2016 report called it a “tailored engagement strategy.”

Under this strategy, the US supports various partner forces in order to resurrect a Somali state based on a federal system of governance that could contain those extremist groups. To achieve this strategic goal, successive US administrations have poured most resources into their military operations in Somalia. But there have been political, economic, and humanitarian forms of engagement too.

In a recent report, I argued that despite these American efforts, the war against al-Shabaab has been effectively stalemated since 2016. This is partly because the Somali federal and regional authorities remain fragmented. It is also because the US, African Union and Somali troops have no obvious way to inflict a decisive military defeat on a transnational, networked organisation like al-Shabaab.

Consequently, instead of intensifying airstrikes or simply disengaging militarily from Somalia, the US should increase its diplomatic muscle in order to help secure a negotiated end to the country’s civil war.

Ethiopian forces installed the Somali Transitional Federal Government in Mogadishu in December 2006. Since then, Washington’s principal goal has been to degrade and contain al-Shabaab, the Somali federal government’s principal opponent. To that end, successive US administrations have considered al-Shabaab to be an “associated force” of al-Qaeda, for the purposes of the 2001 Authorization for Use of Military Force.

Since 2006 the United States has spent approximately $2.5 billion on bilateral and multilateral forms of security assistance for contributing countries of the African Union Mission in Somalia. This includes training, equipment, advising and field mentoring programs, often implemented by contractor firms.

Washington has also provided security assistance to some Somali forces, now totalling over $500 million. The plan was to help build local security forces that could take on al-Shabaab and stabilise the country. This would then allow the African Union mission to draw down and eventually leave the country. But attempts to build an effective Somali army encountered many problems.

In December 2017, concerns about corruption led to the suspension of Washington’s security assistance to non-mentored units of the Somali National Army. The main exception was the Danab advanced infantry units that have been trained, equipped, financed and mentored by the United States since 2014.

In July 2019, enough concerns had been allayed for Washington to resume some non-lethal assistance to Somali national army units engaged in Operation Badbaado. This was a joint effort with African Union troops to recapture several towns southwest of Mogadishu. The United States also provided information and surveillance support for these operations.

In February 2020, Washington restored lethal, direct security assistance to the European Union-trained 143rd battalion of the national army, which was involved in this operation.

In addition, several hundred US troops have been deployed in Somalia since at least 2014. They operate out of several commands, including the US Africa Command, US Army Africa, the Combined Joint Task Force-Horn of Africa, Joint Special Operations Command, as well as a Military Coordination Cell based in Mogadishu.

These American forces have regularly conducted offensive operations, usually in partnership with Danab units, targeting important al-Shabaab figures and facilities. So far, two US soldiers have been killed in such operations, and several others injured.

It is difficult to measure the effect of US military actions on the overall war.

This is evident from the relevant fatalities and conflict data produced by the Uppsala Conflict Data Program and the Armed Conflict Location and Event Data Project. These suggest there is no obvious or direct relationship between US airstrikes and either the number or lethality of al-Shabaab attacks across south-central Somalia.

It is my view that rather than intensify airstrikes, the US should increase its diplomatic muscle in Somalia in order to secure two linked negotiated settlements.

First, a genuine political deal between Somalia’s Federal Government and regional administrations, now known as the Federal Member States. This must clarify the outstanding details of Somalia’s federal governance and set out a new, comprehensive security strategy.

To that end, Washington should be willing to place more conditions in order to increase its political leverage. These could apply on security force assistance, airstrikes and potential debt relief to the Somali government.

If such a deal can be achieved, the US should then support the idea of peace talks between the reconciled Somali authorities and al-Shabaab. In this scenario, Washington should see the strategic function of its airstrikes as being to incentivise al-Shabaab’s leadership to negotiate an end to the civil war.

Extending its air war into Kenya would only make strategic sense if there was good evidence it would help make a negotiated settlement more likely. At present, it’s difficult to see how this would be the case.

The article first appeared on The Conversation