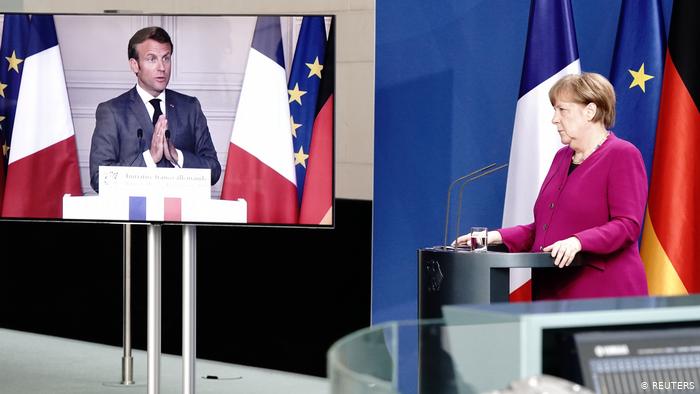 French President Emmanuel Macron and German Chancellor Angela Merkel have proposed setting up a €500 billion ($547 billion) EU-wide relief fund in response to the coronavirus disease (COVID-19) pandemic. The funds would be disbursed as grants to the countries worst hit by the pandemic.

While many EU nations may welcome the idea, it is liable to receive a cool reception in Rome. Italians are unlikely to forget the way they were abandoned by fellow EU members as early as February 2020, when the pandemic had just begun to take hold in Italy, the first EU member country to register a large-scale explosion in the number of cases and, eventually, deaths.

By late February, the Italian government and healthcare system were struggling to handle the crisis and could have used the famed solidarity that the European Commission incessantly speaks of. The country’s healthcare system was over-stretched. There was a severe lack of both equipment — including masks and ventilators — and medical professionals, as doctors and nurses had far too many cases on their hands.

Instead of coming to Italy’s rescue by sending in material and professionals to help, however, European nations turned their backs on Italy and closed their borders, leaving Italy to manage its own crisis and violating a basic premise of the union — free movement of EU nationals all over the territory.

China stepped in and offered help as early as mid-March, just around the time when Italy was seeing a steep rise in the number of cases and deaths. It was not that the Italians had not asked for help. Indeed, PM Giuseppe Conte had appealed to fellow EU members not only for material and professionals but had also proposed that the EU launch “coronabonds” to help the worst-affected countries manage the crisis. The idea was shot down by several northern EU member states, who were fiscally more tight-fisted than their southern neighbors.

After struggling for several weeks on its own and after two months of strict lockdown, which was lifted earlier this month, Italians counted over 32,000 deaths and as much as an 8 percent drop in its GDP. The pandemic has led to millions of jobs being lost and the Italian employment rate, already one of the lowest in the EU, fell further to 58.8 percent in March, before the pandemic was full blown. The data for April and May point to even more severe damage. Italy faces its worst economic crisis since World War II.

Across the country, Italians feel that the EU has seriously let them down. A recent poll found that as many as 67 percent of Italians felt that being part of the EU was a disadvantage, a sharp jump from 47 percent in November. Even the Italian President said that by not coming to his country’s assistance in its moment of greatest need, EU nations were weakening the foundation of their own institutions. Former EU Council President Donald Tusk said that there has been a serious loss of faith in the EU among the southern members.

Now, EU member countries are trying to make up for their earlier blunders by helping with money, human resources and medical equipment. Few Italians are soon to forget that for the first six to eight weeks, the EU had abandoned one of its largest and oldest members during one of its most significant crises.

Across the country, Italians feel that the EU has seriously let them down. A recent poll found that as many as 67 percent of Italians felt that being part of the EU was a disadvantage, a sharp jump from 47 percent in November.

It would indeed take a tall claim and a lot of leeway for Macron and Merkel to convince ordinary Italians, as well as the government in Rome, that the EU’s intentions are honest. A €500 billion fund is unlikely to make Italians forget the humiliation and dangers they had to face alone.

The EU response also lays hollow the claim of solidarity and could indeed result in further mistrust as other nations fear that what happened to Italy during the pandemic might very well happen to them. If the EU is to survive as anything more than just an idea, its member states cannot afford to repeat such blunders. Otherwise, the next victim of a big crisis could very well be the union itself.