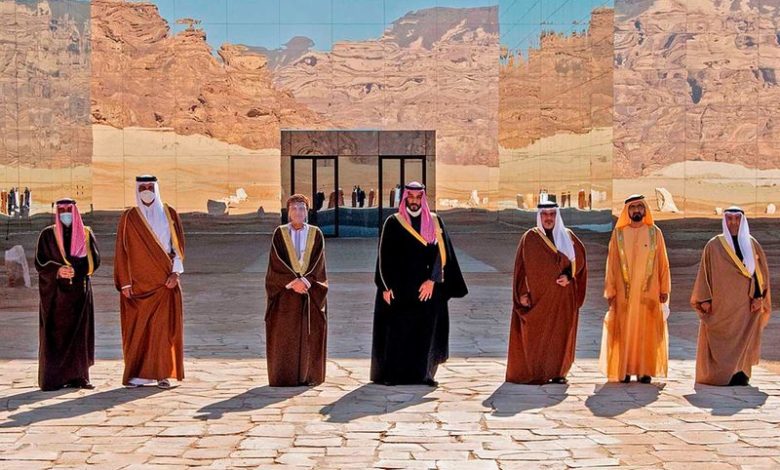 The six members of the Gulf Cooperation Council (GCC) signed a ‘solidarity and stability’ agreement on January 5, 2021, at the 41st GCC summit meeting to end a three-and-a-half-year blockade on Qatar. This is an important watershed for the inter-Gulf relations as it ended the Gulf Crisis.

This crisis was the manifestation of the huge division between Qatar and the other members of the GCC on their regional vision and decision-making on alignment. After a three-and-a-half-year crack in the Gulf unity, with the dialogue initiatives of Saudi Arabia, the crisis came to an end with the Al Ula declaration, and the blockade was lifted. The key question now is whether this de facto normalization step could turn into a deep reconciliation in the Gulf, as mentioned in the ‘solidarity and stability’ agreement.

The future of the Gulf normalization depends on the policies of the UAE and Bahrain towards Qatar and the Al Ula Agreement. Since the election of Joe Biden as the president of the US, the negotiating process with Qatar has accelerated, with Saudi Arabia leading the process thanks to the mediation efforts of Kuwait and Washington. The fact that a new administration has taken office in the US, under which geopolitical changes are very likely to occur, has forced Saudi leadership to ease some confrontational fronts, challenging policy options of the kingdom.

This change has manifested itself in complementary measures towards rapprochement with Turkey after a long-standing period of tensions, and with Qatar. However, Saudi Arabia’s dialogue-seeking position does not seem to be shared with other members of the quartet. With regard to Qatar, the UAE and Bahrain are not entirely on the same page with Saudi Arabia. Even if they welcomed the agreement by celebrating the so-called Gulf solidarity at the official declaration level, they did not show any signs hinting at further easing of tensions with Qatar beyond merely lifting the restrictions. The UAE, for example, has terminated the travel bans and trade bans, but it has put forward certain preconditions, demanding a change in Qatar’s foreign policy in order to re-establish diplomatic ties with Doha.

Bahrain is another country taking a similar position to the UAE. In addition to the historical rift in Qatar and Bahrain relations, tensions between the two increased immediately after Saudi Arabia accelerated the negotiations with Qatar. In December 2020, Qatar’s arrest of three Bahraini fishermen on grounds of territorial violation and Bahrain’s condemnation of Qatar, calling it a provocative and hostile nation, was one of the first confrontations between the two countries.

Then, twice a month, territorial violations of Qatar’s sovereignty by Bahraini military aircraft and naval vessels were brought to the United Nations Security Council’s (UNSC) agenda by Qatar, and Bahrain’s violations were described as a security threat to the state of Qatar. Bahrain has denied these charges. The Al Jazeera channel is also one of the hotspots between the two countries. Within the same period, the Shura Council of Bahrain accused Al Jazeera of conducting propaganda against Bahrain as an extension of the Qatari state.

Even after the Al Ula declaration, Bahrain continued its uneasiness regarding Qatar. As one of the manifestations of this situation, last week, Bahraini authorities announced that 130 properties belonging to the cousins of Sheikh Tamim bin Hamad Al Thani, the emir of Qatar, had been confiscated for expanding government facilities. This latest incident was also evaluated as a provocation of Bahrain toward Qatar.

Moreover, one of the advisors of Bahrain’s king accused Qatar of violating the Al-Ula agreement over the Qatari authorities’ arrest of Bahraini bodybuilding champion Sami Al-Haddad. On the other hand, on Jan. 21, Bahrain’s Foreign Minister Abdullatif bin Rashid al-Zayani targeted Qatar and claimed that Qatar had not yet engaged in any initiative to solve the current problems. As a consequence, this kind of clarification has raised comments depicting Qatar as an obstructionist actor standing in the way of the implementation of the Al Ula Agreement. In this context, it has even been claimed that Qatar is planning to exclude Bahrain from the reconciliation process.

For the time being, Bahrain tends to be an intransigent actor for further Gulf reconciliation. In following such a path, Bahrain prioritizes the UAE position over that of Saudi Arabia. Bahrain’s foreign policy has been guided and directed by the Saudi-Emirati axis since the 2011 Saudi-led military intervention, which ensured the survival of the Al-Khalifa family’s regime in the face of the popular uprisings. Since then, Bahrain’s position within this regional block has been to support the military coup in Egypt, impose a blockade on Qatar, and pursue anti-Iran and anti-Turkey policies.

In this sense, Bahrain’s main motivation is to ensure the security of its regime against Iran, which is seen as the main source of threat due to Bahrain’s demographic composition, in which the Shia are the majority and the Sunnis, including the ruling family, are the minority. That is why Bahrain has traditionally described Saudi Arabia as the key security partner against Iran.

The heightened security threats raised by the post-2011 regional geopolitics have intensified this security partnership. So, with regard to Saudi Arabia’s influence on Bahrain, Bahrain can even be described as “a retweet island”. This partnership has also been expanded to include the UAE. The bilateral relations between Bahrain and the UAE have gradually grown and the UAE has increased its political and economic influence over Bahrain.

The normalization decision of Bahrain can be interpreted as a continuation of this trend. To obtain Israel’s support against Iran, Bahrain has jumped the Emirati bandwagon following the lead of the UAE, and with the consent of Saudi Arabia, and went on to normalize its relations with Israel.

Whether Bahrain’s resistance to the Gulf reconciliation stems from its fears of potential normalization with Iran in the Gulf, as proposed by the Qatari foreign minister as part of the Qatari mediation efforts, from its fear of losing its much-needed status in the eyes of Saudi Arabia and the UAE, or from the UAE’s deep influence on Bahrain, there is one visible fact: Bahrain is playing a spoiling role in the Gulf to slow down the Saudi-led Gulf reconciliation. Of course, it is hard to expect that Bahrain would take a directly opposite stance to the will of the Saudis about the future of Qatar in the Gulf, but, to some extent, it can be a new operational center through which dissatisfaction with Saudi policies would be revealed with the encouragement of the UAE.

In this context, Bahrain’s position on Qatar and the Al Ula Agreement could be a new test for the Saudi-Emirati alliance, which has been eroding away because of their conflicting interests in Yemen and the Saudi initiative for rapprochement with Turkey.