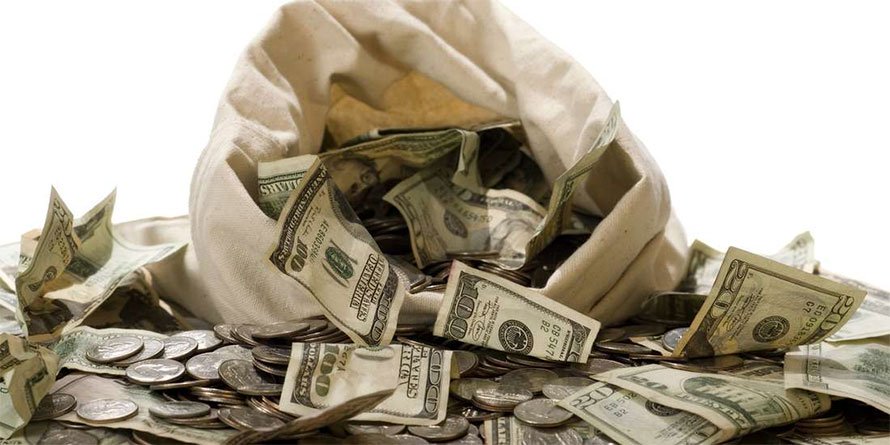 Corporates and wealthy individuals are sitting on a cash pile worth Sh1.41 trillion in a soft economy where investment options are becoming limited.

Central Bank of Kenya (CBK) data shows that long-term and fixed deposits associated with the wealthy, money market funds and cash-rich corporates rose from Sh1.11 trillion in October 2017, reflecting a growth of 27 percent.

Foreign currency deposits also rose from Sh553.2 billion to Sh625.3 billion in the period under review, an indication that the wealthy are protecting their value and hedging against the local currency over investing their fortunes.

The revelation comes in the backdrop of data showing that the cash in Kenyans’ pockets dropped to a six-year low in September. CBK data shows that cash in circulation outside banks stood at Sh227 billion in October, down from Sh269 billion in the same month last year.

Analysts say high-net worth investors and companies with billions of shillings in fixed accounts have opted not to invest in expanding their businesses or starting new ventures, citing lower sales and returns.

This ultimately had the effect of reducing the amount of money in people’s pockets and cutting circulation of cash outside banks and short-term deposits.

Low returns from a bearish stock market and a slump in real estate has seen the rich opt to keep cash in banks and tap from interest returns that stood at 6.98 percent in September. While companies see the money in banks as a buffer against hard times, it has long riled investors, who say executives should invest it for growth or return it to shareholders. However, with reduced demand, most have preferred to keep cash in banks with money in fixed deposits now equivalent to what the Kenya Revenue Authority (KRA) collects annually from taxes.

A monthly survey that tracks business output in manufacturing and services sectors revealed that new orders that Kenyan companies received during the month expanded at the slowest rate in six months.

“The future output sub-index still indicates that firms are cautious on activity over the coming year,” said Jibran Qureishi, regional economist for East Africa at Stanbic — which tracks business through its monthly Kenya Purchasing Managers’ Index (PMI). This signals reduced investments and hiring plans and a continuation of job cuts as fairs protect profits.

Companies have been struggling with reduced sales and profits in a soft economy that has persisted since 2017 when Kenya went through a bruising General Election and a repeat presidential election.

Business owners have also accused national and county governments of delaying payments to suppliers worth more than Sh150 billion.

This has hurt businesses that trade with the government, leading some of them to be auctioned on failure to clear bank debts as others cut back on operations.

The government has started to clear pending arrears owed to the private sector in order to alleviate these cash flow constraints.

Last month, Kenya also removed a cap on commercial interest rates that had been in place since 2016. It had been blamed for stifling private sector lending growth and reducing the effectiveness of monetary policy.

“As commercial banks begin to extend credit…, the private sector will be in a much better position than it …has been for the past two and a half years,” he said.

The rise in deposits has also strengthened bankers’ hand in influencing deposit rates, which have fallen from 8.26 percent in January last year to 6.98 percent in September.