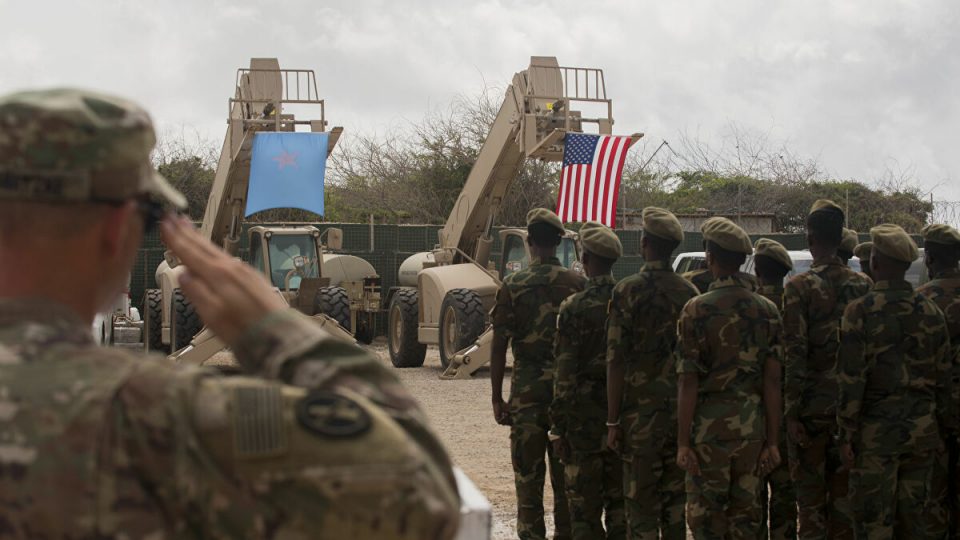 President Donald Trump has told top advisers he wants to withdraw U.S. troops from Somalia, according to people familiar with the matter, allowing him to make good on campaign pledges to bring soldiers home even though the country remains beset by insurgents linked to al-Qaeda.

The Pentagon has begun drafting plans for the president, and discussions have involved National Security Adviser Robert O’Brien, Defense Secretary Mark Esper and Joint Chiefs of Staff Chairman Mark Milley, according to the people, who asked not to be identified discussing private deliberations.

The U.S. has 650 to 800 troops in Somalia, according to the U.S. Africa Command, including special forces that are helping train Somalia’s army. All or almost all were sent during Trump’s presidency.

Somalia President Mohamed Abdullahi said in an interview that he’d like U.S. forces to stay, adding that he believes his country, with U.S. assistance, is on the brink of defeating the al Shabaab insurgents.

“We really appreciate the U.S. support, and we are grateful for what the U.S. has done, and we would like to see the troops remain until the work is 100% accomplished,” Abdullahi said by phone from Mogadishu.

The president’s desire to get out of Somalia has provoked unease internally from officials who warn that it could leave a vacuum for the Islamist militant group al-Shabaab to fill, one of the people said. The group continues to carry out suicide bombings and other attacks in the eastern African country despite being the target of frequent U.S. drone strikes, and the Somali government retains a weak grip on power.

Kelly Cahalan, a spokeswoman for U.S. Africa Command, declined to discuss future force posture but said the U.S. “remains committed to working with Somalia and international partners to enhance long-term regional stability” in the country. She said the U.S. partnership in Somalia prevents al-Shabaab from “achieving their long-term ambitions, which includes exporting violence more broadly and attacking the U.S.”

Officials at the National Security Council declined to comment.

Many Americans may be surprised to learn that U.S. forces are in Somalia, after a high-profile withdrawal in 1994. That followed a deployment to help the nation deal with a famine but ended with more than two dozen Americans killed, some in an infamous Mogadishu battle that was featured in a book and movie called “Black Hawk Down.”

Trump began sending more forces to Somalia by mid-2017 as part of counterterrorism efforts. Adding to Somalia’s potential security challenges if U.S. troops leave again, an African Union peacekeeping mission is scheduled to withdraw by the end of next year.

“If the U.S. significantly withdraws its military footprint in Somalia, the government’s already tenuous hold on security in the country will be significantly weakened,” said Colin Thomas Jensen, a senior adviser with WestExec Advisors and former Africa policy adviser to ex-U.S. Ambassador to the United Nations Samantha Power. “Al Shabaab will look to take advantage.”

A U.S. pullout would also upend recent U.S. commitments to Somalia. Last month, senior Africa Command and special operations commanders visited Somalia in a trip meant to highlight “the unique role of the U.S. as the partner of choice in providing security training to East and West African partner nations,” Africom said in a statement.

Despite the government’s dependence on the U.S. troops, withdrawing them would allow Trump to say he’s fulfilling a 2016 campaign promise to end overseas wars and bring soldiers home, adding to previous moves in Afghanistan, Syria and Germany.

The president provoked confusion when he tweeted last week that the U.S. should bring all American troops home from Afghanistan by Christmas. The Christmas target contradicted a statement by O’Brien that the U.S. intends to reduce its troop level in Afghanistan to 2,500 by early 2021.

“We’re in all these different sites, fighting in countries that nobody ever heard of,” Trump said in an interview with Fox Business. “And it hurts us — because you wear out your military. And we have to be always prepared for China and Russia and these other places. We have to be prepared.”