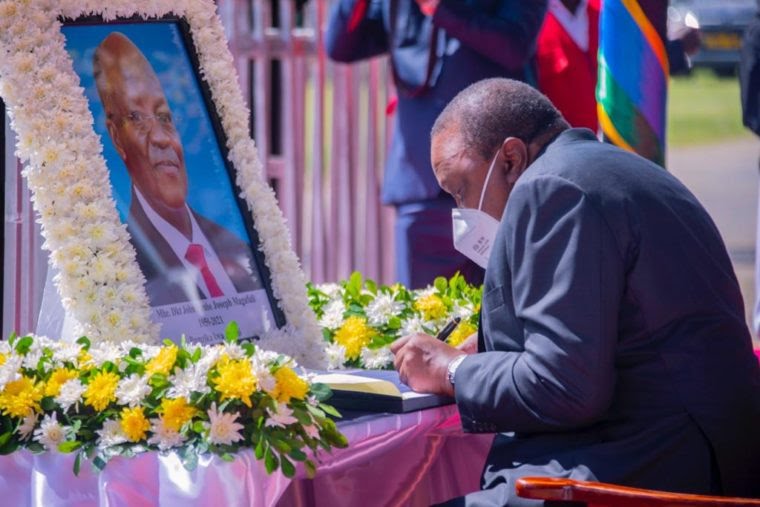 Uhuru had to temporarily stop his speech for around two minutes. 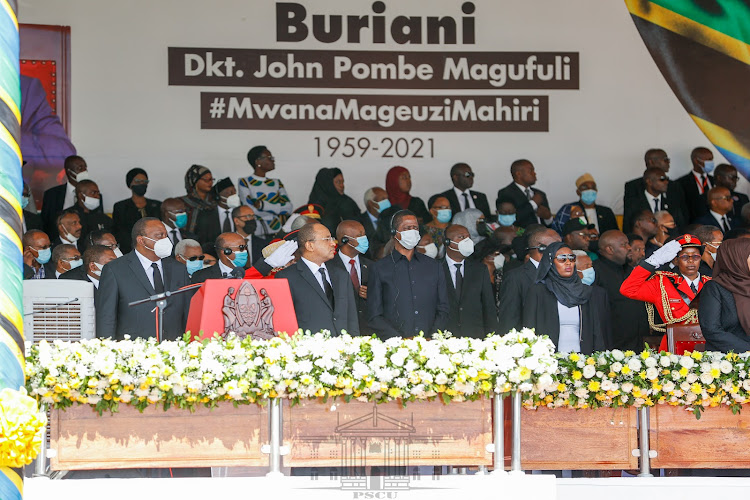 President Uhuru Kenyatta was on Monday forced to cut his speech at the Jamhuri Stadium in Dodoma, Tanzania after the Muslim call to prayer during the funeral mass of John Magufuli.

Uhuru who was eulogizing the late president John Magufuli temporarily stopped his speech for two minutes from 12.53 pm to 12:55 pm in honour of the Adhaan in a nearby mosque in Dodoma.

The adhan is the Islamic call to prayer, recited by a muezzin at prescribed times of the day.

Adhan is called out by a muezzin from the mosque five times a day, a whole day long in the event of religious holidays traditionally from the minaret, summoning Muslims for obligatory prayer.

Uhuru sent his condolences to the people of Tanzania saying the two countries will work together.

“He was a respected leader in EAC and the world. For several years, he has shown that Africans have the capacity to be independent,” he said.

“I am here to mourn a friend, a close friend, we used to talk on a daily basis and we exchanged ideas regarding Kenya and Tanzania and EAC.”

Uhuru said he was shocked by Magufuli’s death and had to make it to the funeral.

“We will work together, and bring EAC together and I have no doubt that my sister [President] Suluhu, you have been shown the road, it has been opened, go ahead,” Uhuru said.

“Like Joshua was told …do not be afraid. Be courageous.”

Uhuru is among several heads of states in Dodoma for the state funeral mass of Magufuli.

Magufuli has left behind seven children and 10 grandchildren.

He died of chronic atrial fibrillation, a condition he battled for 10 years.

Uhuru who doubles up as the Chairperson of the Esat African Community was accompanied by CS Adan Mohammed and arrived at the Uhuru grounds a few minutes after 10 am.

The late Tanzanian President, John Pombe Magufuli will be buried on March 26.

The imperialist past that started dam politics between Egypt, Sudan and Ethiopia