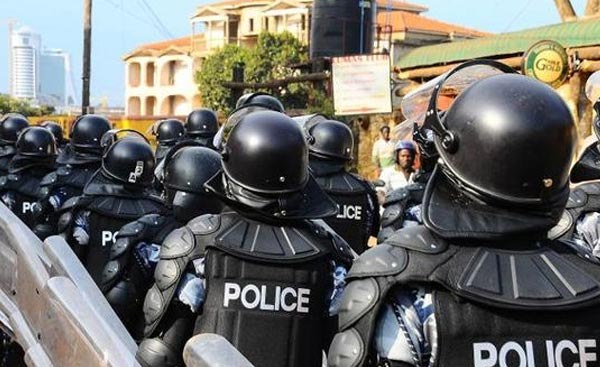 African judges under their professional association of Africa Judges and Jurists Forum (AJJF) have castigated Ugandan security forces for disrupting the electoral process by attacking and blocking Opposition candidates on the campaign trail.

The judges said the police are favouring President Museveni as his campaign meetings are not violently dispersed yet they also flout Covid-19 guidelines, an excuse the security forces use to violently break up meetings of the Opposition presidential candidate.
They state that holding elections during the Covid-19 pandemic poses a health challenge, but nonetheless, any restrictions imposed to curb the spread should be applied to all candidates in equal measure.

“The Opposition presidential candidates have repeatedly complained that Covid-19 restrictions are being applied selectively against them and not to the campaign of President Museveni. The candidates, particularly Hon. Robert Kyagulanyi, aka Bobi Wine, Mr Patrick Oboi Amuriat, and Gen Henry Tumukunde and their supporters have been harassed, many of their meetings have been blocked or violently dispersed, roughed up and humiliated,” the jurists state in their statement dated November 25.

It added: “The campaign of President Museveni and his National Resistance Movement (NRM) party, has extensively violated these same rules. Processions led by Bebe Cool’s pro-NRM musicians, the President’s campaigns in Arua, Nebbi and other areas of West Nile and the processions organised in Acholi Sub-region and Kotido by supporters preceding the President’s arrival were beamed on television. These clearly showed unmasked, overcrowded supporters in a carnival like environment.”

The jurists quote Justice Thomas Nhlane Masuku, the AJJF board member, reiterating the cardinal principle of the rule of law which must be applied uniformly to all contestants in Uganda.

“Thus, the evidence that President Museveni’s campaign routinely violates Covid-19 regulations, is overwhelming yet his campaign has not been frustrated by the police or resident district commissioners (RDCs), on account of violating Covid-19 measures,” the jurists stated.
They added: “It would appear that the fight against Covid-19 has been weaponised to give an unfair electoral advantage to the candidate of the NRM party.”
The jurists also castigated the remarks by Security minister, Gen Elly Tumwine,     who recently said police have the right to shoot and kill citizens if they go beyond a certain level of decency.